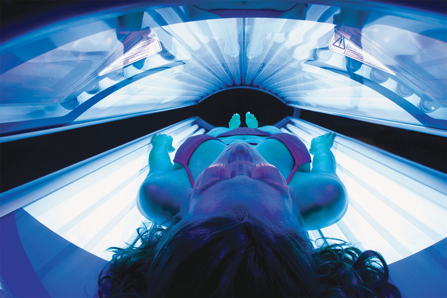 Nevada teens under 18 won't be able to use indoor tanning beds beginning on July 1 – one of hundreds of new state laws that will go into effect on that date. (AP)

Heads up, Mississippians: As of July 1, home brewing is legal in your state. In Delaware, same-sex civil unions will become same-sex marriages at the beginning of next month. And in Nevada, teens under 18 will be banned from using indoor tanning beds.

Some of the hundreds of new state laws that are supposed to kick in on July 1, 2013 will be challenged in the courts. For example, opponents have sued to stop a new Alabama law requiring that abortion doctors have staff privileges at local hospitals.

Several new gun laws also will take effect on July 1. In Kansas, gun owners will be allowed to take their firearms into many public buildings, and in Mississippi they will be able to openly carry their guns in public.

See the chart below for some of the most notable new laws that will take effect on July 1.