As the 2013 hurricane season begins, the East Coast is still picking up the pieces after its licking from Hurricane Sandy last year. Already this year, deadly tornadoes are wreaking millions of dollars in damage across the Midwest.

The cost of these natural disasters is staggering (see infographic), and some state and local officials are trying to figure out new ways to managing them.

Public officials have been particularly responsive in New York City, where Independent Mayor Michael Bloomberg has drawn up plans to spend billions of dollars shoring up infrastructure and cutting carbon emissions thought to be driving climate change. The state is also investing heavily in coastal upgrades while strengthening oversight for gas and electric utilities, which Sandy crippled.

In hard-hit New Jersey, where some coastal communities are struggling to recover, Republican Gov. Chris Christie last month signed legislation requiring insurers to clearly spell out what their policies cover to avoid the confusion — and surprise — of property owners who discovered too late what wasn't covered.

Sandy's economy-wide hit likely topped $50 billion, helping to make 2012 one of the costliest years on record for climate disasters.

Only Maine, Michigan, Vermont and Wisconsin were left unaffected by the year's 11 weather events— including hurricanes, severe storms, drought and wildfires — whose cost exceeded $1 billion each, according to data from the National Oceanic and Atmospheric Administration.

Halfway through 2013, the economic toll from least one disaster — the Oklahoma tornados — is expected to eclipse $1 billion. 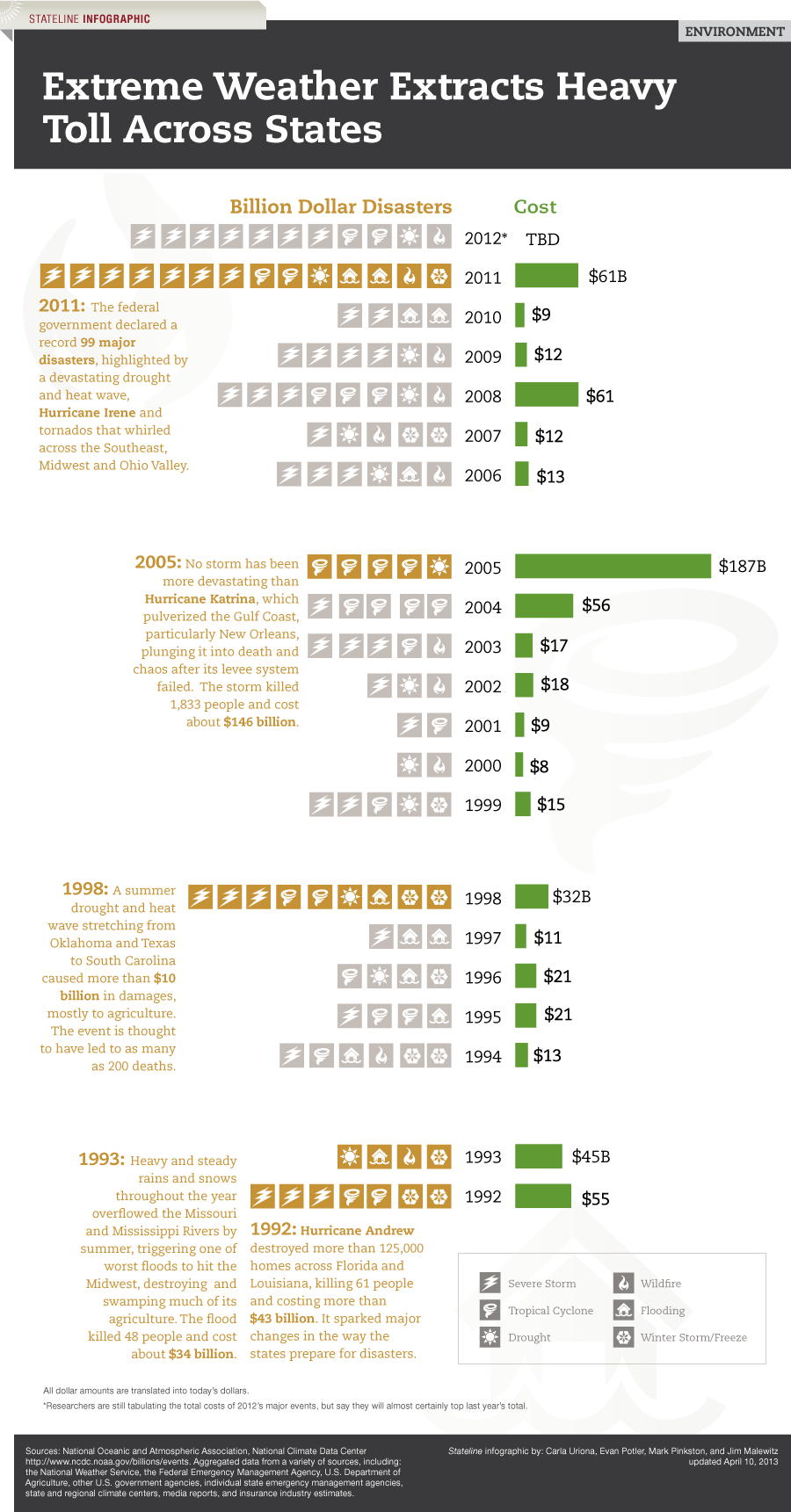