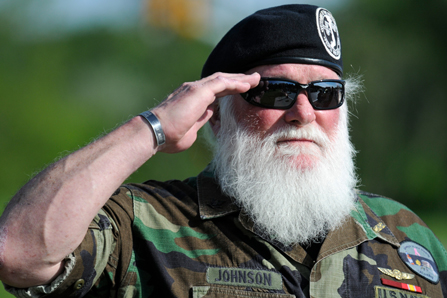 A Vietnam War Veteran salutes at a war memorial in Schuylkill Haven, Penn. More than a quarter-million veterans who live in Pennsylvania and 22 other states will miss out on Medicaid coverage because their states have rejected expansion of the program under the Affordable Care Act. (AP)

(CORRECTION: The original 50-state map incorrectly cited the number of uninsured veterans in states that might expand Medicaid. The correct number is 100,800. Updated 5/29/2013)

More than a quarter-million veterans who lack health insurance will miss out on Medicaid coverage because they live in states that have declined to expand the program under the Affordable Care Act.

Expanding Medicaid eligibility is a key component of the new federal health law, which aims to provide coverage to the vast majority of uninsured Americans. In January, uninsured adults with incomes at or below 138 percent of the federal poverty level ($15,415 for an individual and $32,527 for a family of four) will become eligible for Medicaid benefits in states that expand their programs.

Many people assume that the nation's 12.5 million non-elderly veterans receive health benefits through the Department of Veterans Affairs (VA). But only two-thirds of those veterans are eligible for VA health care and only one-third are enrolled.

Nationwide, there are about 1.3 million uninsured veterans.

In a recent report, the Urban Institute estimated that if every state embraced the new Medicaid rules, as many as 535,000 uninsured veterans and 174,000 veterans' spouses would become eligible for Medicaid coverage.

But last June the U.S. Supreme Court, while upholding the Affordable Care Act as a whole, ruled that states were not required to expand their Medicaid programs. Twenty-three states have declined to do so, and another six have not made a final decision. In the 23 states that have rejected the expansion, there are approximately 258,600 uninsured veterans who would have been eligible for Medicaid, according to the Urban Institute report.

Like most other Americans, the veterans who don't have health insurance will have to get it by January or risk paying a penalty under the Affordable Care Act. However, some of the uninsured veterans who don't qualify for Medicaid coverage might be eligible for federal subsidies that will be available under the law. Uninsured Americans—veterans and non-veterans—will be able to use those subsidies to purchase private insurance on the state health care exchanges that will launch in January.

Some worry that the expanding—and potentially confusing—array of health insurance choices available to veterans will lead to worse care. The federal government created a separate VA health care system in the belief that veterans would get better care from doctors and nurses knowledgeable about the unique health conditions facing them, which include post-traumatic stress as well as other mental illnesses and physical injuries. But the Department of Veterans Affairs expects only 66,000 uninsured veterans to enroll in the VA system to meet the insurance requirement under the new health law.

The income limits for VA benefits are much less stringent than they are for Medicaid. A veteran with no dependents and an annual income of as much as $30,978 (the amount varies based on the cost of living in a particular area) is eligible. But conditions other than income—such as length of time since combat, service medals, and service-related injuries or illnesses—also affect eligibility for VA health benefits.

In addition, “there may be a variety of factors why a veteran would choose (Medicaid) or the (VA), such as proximity to VA facilities or their knowledge of the fact that VA care is available to them,” according to Jennifer Haley, who co-authored the Urban Institute report.

Kenneth W. Kizer, a former Clinton administration official widely credited for enacting substantial improvements to the VA health care system during the 1990s, has warned that there are risks to providing care to veterans in a variety of venues. In an article published last year, he argued that doing so “diminishes continuity and coordination of care, resulting in more emergency department use, hospitalizations, diagnostic interventions and adverse events.”

Kizer, who is now director of the Institute for Population Health Improvement at the University of California Davis, pointed to data suggesting that patients who receive care in both VA and non-VA facilities are more likely to be re-hospitalized and to die within a year, compared to those who receive VA-only care.

Some veterans' organizations, including the American Legion, urge all eligible veterans to turn to the VA health care system first. 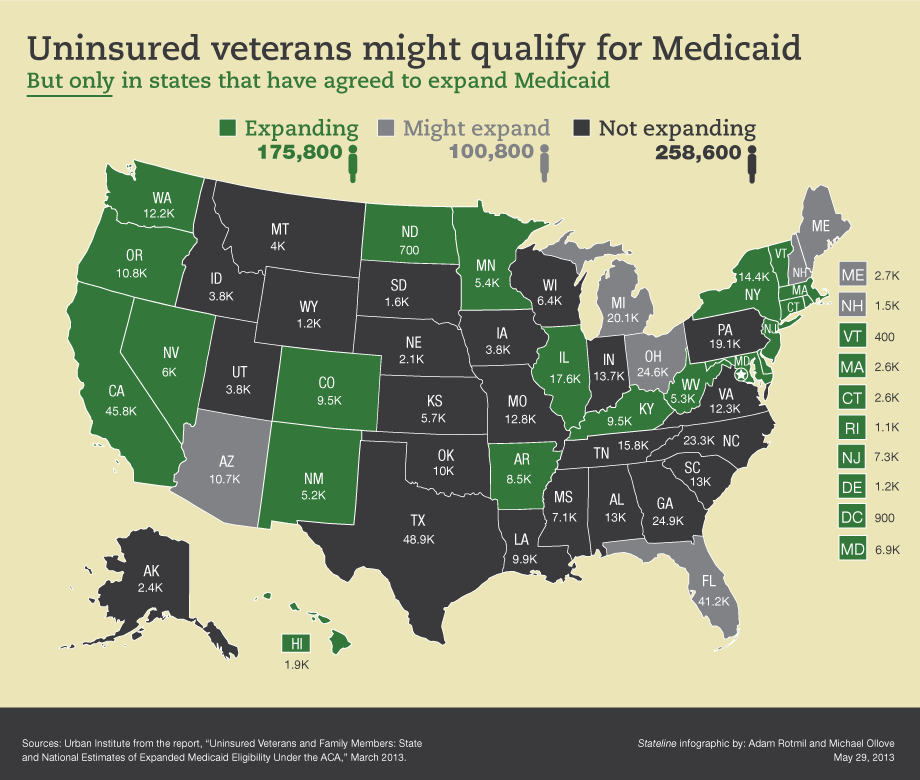