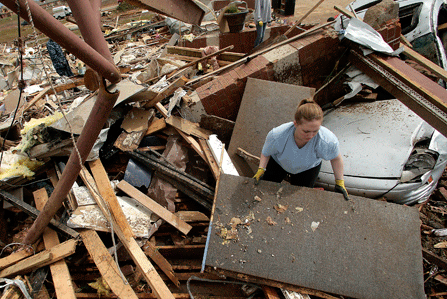 Katie Thomas sorts through debris at a friend's tornado-ravaged day care on Tuesday, one day after a huge tornado flattened entire neighborhoods in Moore, Okla. The state has seen more federal disaster declarations than any other state since 1991. It ranks behind eight states in FEMA grants for rebuilding public infrastructure. (AP)

Oklahoma has racked up more major federal disasters (44) since 1991 than anywhere else — and not just tornados. Powerful rains, snow and ice have also wrought destruction.

But in recent years, Oklahoma ranks behind eight other states in the amount federal money promised to help clean up debris and patch public infrastructure. (See chart)

Stateline analyzed the Federal Emergency Management Agency's database of “Public Assistance Funded Projects,” which stretches back to August 1998.  The program helps state and local governments pick up the pieces after disasters, including fixing roads, bridges, electric lines, water systems and other public structures. The federal grants cover up to 75 percent of the cost of such projects.

The program has pledged close to $807 million to Oklahoma during the period, out of about $48 billion all states have received, according to the data.

Louisiana dwarfs all other states in the amount of aid, largely because of the outsized impact of Hurricane Katrina, the costliest and one of the deadliest natural disasters in U.S. history.

New York ranks behind Louisiana and is followed by Florida, Texas, Mississippi and Iowa. Wyoming collected the fewest dollars, about $9 million.

Not surprisingly, hurricanes have brought states the most cleanup dollars. Incidents classified as severe storms, fires, floods and ice storms brought in the next biggest sums, respectively. 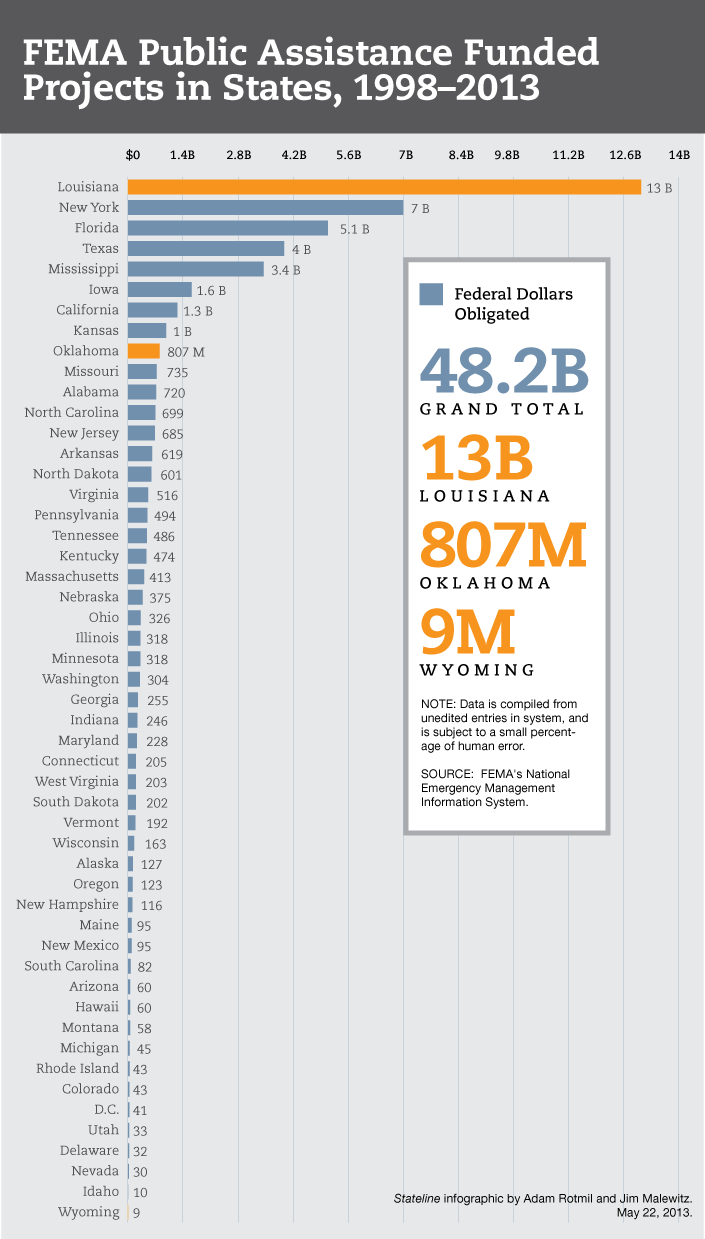 There's an App for That State Service What's Next in the Fight Over Same-Sex Marriage?
RELATED
Topics
Homeland Security Energy and Environment
Places
United States Oklahoma