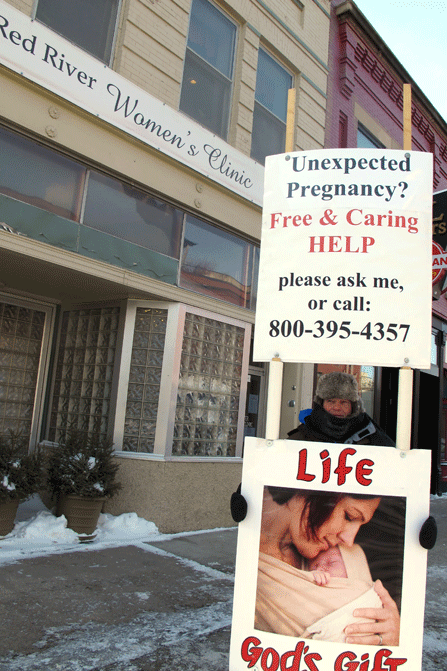 New gun and abortion laws that sailed through Republican-controlled state legislatures this year are about to face scrutiny in a less hospitable arena: the courtroom.

In Arkansas, the American Civil Liberties Union and the Center for Reproductive Rights have sued to halt a new state ban on abortions after 12 weeks (except in cases of rape, incest, or a threat to the mother's life).  The Center for Reproductive Rights is also fighting a North Dakota law that requires all abortion providers to have admitting privileges at a nearby hospital.  And in Kansas, Republican Gov. Sam Brownback has vowed to defend a state law nullifying federal gun and ammunition restrictions, which U.S. Attorney General Eric Holder described as unconstitutional. (see chart)

The Cost of Controversy

Challenges in the States

Act 301: Prohibits abortion of a viable fetus after 12 weeks unless the pregnancy is the result of rape or incest or threatens the life of the mother.

Challenge: A suit to block the law from taking effect was filed on behalf of two Arkansas abortion providers by the American Civil Liberties Union and the Center for Reproductive Rights.

SB 102: criminalizes the enforcement of federal gun laws with respect to any firearms or ammunition made and transferred within the state of Kansas, essentially nullifying federal laws within Kansas borders and criminalizing federal officers for performing law enforcement duties.

Challenge: U.S. Attorney General Eric Holder wrote to Gov. Sam Brownback to tell him the new law was unconstitutional and that “the United States will take all appropriate action, including litigation if necessary, to prevent the State of Kansas from interfering with the activities of federal officials enforcing federal law.” Brownback wrote back that Kansas will not back down.

SB 2305: Requires all abortion providers to have admitting privileges at a hospital within 30 miles of their clinic.

Challenge: A suit to block the law was filed by the Center for Reproductive Rights on behalf of the state's only abortion clinic, the Red River Women's Clinic in Fargo. The Center plans to file lawsuits to block the three other anti-abortion laws passed this year, including the nation's strictest abortion ban, which prohibits abortions after the sixth week of pregnancy.

Nevertheless, controversial state legislation can end up costing states a lot of money.  Arizona's strict immigration law, which was partially overturned at the U.S. Supreme Court last year, cost the state about $3.2 million in legal fees, according to the Arizona Republic.

North Dakota lawmakers recently gave Attorney General Wayne Stenehjem a $400,000 war chest to defend the state's four new abortion laws. So far, only the law regarding hospital admitting privileges is the subject of a lawsuit, but supporters expect the others to be challenged, too. North Dakota has already spent $23,000 defending an abortion law passed in 2011. The judge in that case recently disclosed to attorneys that he plans to rule that it is unconstitutional.

Kansas Attorney General Derek Schmidt has asked lawmakers in that state for an extra $1.2 million to defend a total of four new laws on guns and abortion that are likely to attract legal challenges. Schmidt's request is tied up in the negotiations on the Kansas budget, which will likely wrap up next week.

Challenging Washington isn't cheap, and in North Dakota and Kansas the state attorneys general have asked for more money to mount a credible defense of the new laws.

“I think it's very difficult for voters to understand the ramifications of what we pass because they're not here,” said Kansas Sen. Laura Kelly, a Democrat who voted for the new gun law.   “But when they do catch on, a lot of them are rightfully outraged that we would set them up for these payments.”

Sherriene Jones-Sontag, a spokeswoman for Brownback, said the legal challenge to that state's law hasn't dampened support for it. She said Brownback has received about 500 emails and calls in the last two weeks, and less than 6 percent of them have been critical of his pledge to defend the law in court.

To Defend or Not to Defend?

In the vast majority of day-to-day cases facing states, attorneys general will defend a new law or agency action without question, said James Tierney, director of the National State Attorneys General Program at Columbia Law School. But for the small group of controversial cases, “there's a higher rule, especially on a moral issue that the attorney general may have campaigned on,” Tierney said.

For example, California's Attorney General Kamala Harris declined to defend the citizen initiative Proposition 8, which effectively banned same-sex marriage in California. Harris decided not to defend the law because “it violates the Constitution…the time has come for this right (to marry) to be afforded to every citizen,” Harris said in a statement after the Supreme Court arguments in March.

Similarly, Indiana Attorney General Greg Zoeller declined last year to continue to defend the state's restrictive immigration law after the Supreme Court struck down most of Arizona's immigration law, which was very similar.

“I rest easily knowing I made the right decision, to defend the parts that are defensible, to not defend the part that is clearly unconstitutional, to uphold the Constitution and to speak truthfully to the people of Indiana whom I serve.” Zoeller wrote in an op-ed explaining his reasoning.

But declining to defend a law is the most extreme position an attorney general can take. More often, a state's top lawyer will make the best legal argument possible, even when it isn't likely to be successful.

“We've defended cases where we know we'll lose,” said Mary Williams, Oregon's deputy attorney general. “But we feel like we have a duty to defend…and do what we can to make the best arguments.”

Despite the controversy and the cost, the attorneys general in Arkansas, North Dakota and Kansas appear determined to defend their states' laws in court.  But because that may not always be true, Arkansas Sen. Jason Rapert, a Republican, has proposed an additional new law that would give state legislators standing so that they could defend a new state law in court. The same bill was proposed this year in Montana.

“We want to be prepared if there are times that a state attorney general may make comments during campaigns or during term of office on issues that end up in legislation,” said Rapert, “and we don't want to wonder about whether there would be a proper defense made for that statute.”