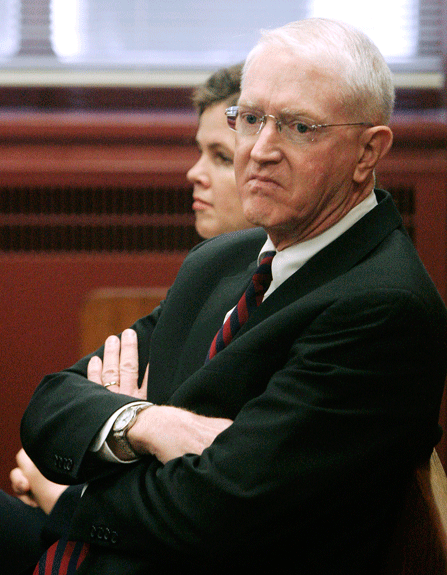 TULSA, Okla. – University of Tulsa law professor Marguerite Chapman has been studying end-of-life issues in Oklahoma for three decades and has come to a conclusion: “It's getting almost to the point that you need a government permit in order to die in this state.”

Certainly, dying has gotten a lot more complicated here, the result of a unique measure passed by the Oklahoma legislature and signed into law last month by Republican Gov. Mary Fallin.

Modeled after legislation written by the National Right to Life Committee, the law says that patients who are disabled, elderly or terminally ill cannot be denied life-preserving treatments if they or their health proxies want it.

Idaho is the only state with a similar law, but with a crucial distinction. It says the wishes of the patient or proxy must be followed “unless such care would be futile.” The Oklahoma law contains no such qualifier.

Supporters say the Oklahoma law will prevent doctors from acting against the wishes of desperately ill patients and their families who want the battle for life to continue. Critics counter that it will inhibit doctors from discussing the full range of options to patients near the end of life, raising the likelihood that they will undergo invasive, costly and often futile medical interventions with the pain and risks those procedures entail.

At the other end of the spectrum from Oklahoma, the Vermont legislature this month passed a bill legalizing physician-assisted suicide. Oregon and Washington have similar laws, the result of ballot initiatives approved by voters.

Although the Oklahoma law received little attention at home and has gone virtually unnoticed elsewhere, it revisits a philosophical divide that has periodically gripped the nation. On the one side is the palliative and hospice care movement which holds that terminally ill patients should be able to forgo high-risk, low-odds treatments in favor of comfort care at the end of life. On the other side is a branch of the right-to-life movement which believes that doctors are inclined to withhold life-preserving treatments when, in their opinion, a patient's life has lost its “value.”

Spearheading the effort to pass the law was Tony Lauinger, the courtly, frosty-haired chairman of Oklahomans for Life, who is regarded by even his political opponents as being the consummate gentleman with considerable influence in the Oklahoma legislature.

In an interview, Lauinger expressed deep suspicions about physicians, even though he is married to one, the father of another, and the father-in-law of a third. “In many states,” the one-time seminarian said, “this phenomenon has become more prevalent, with people saying they want life-preserving care being overridden by providers who, I guess, feel they know best.”

Lauinger didn't mention any actual cases in Oklahoma where a doctor had refused life-preserving treatment despite the protestations of the patient or family members. The bill's chief sponsor in the House, Rep. Dennis Johnson, a Republican, talked about an Oklahoma doctor wanting to take an elderly patient off a ventilator despite his wife's protests.

Despite sharply divided opinions during the bill's debate, the measure passed easily, 41-2 in the Senate and 85-11 in the House.

“We are starting to see a trend nationwide,” Johnson said. He said that the law's origins go back to the case of Terri Schiavo, the Florida woman in a vegetative state whose husband and parents battled in court for seven years over his desire to remove her feeding tube.

The husband prevailed and the feeding tube was removed in March 2005 to the consternation of activists in the pro-life and disability movements. Schiavo died within days.

Despite Lauinger's involvement, some who identify themselves as anti-abortion say they are unhappy with the law that they regard as contrary to compassionate medical treatment at the end of life.

“Endorsing futile care in the name of being pro-life is to me the antithesis of pro-life,” said Donna Spivey, a medical social worker with the palliative care team at Hillcrest Medical Center in Tulsa who considers herself resolutely anti-abortion. “This law is not going to benefit them; it will cause harm to them.”

While the Oklahoma State Medical Association remained neutral on the final bill, Jennifer Clark, palliative care director at the University of Oklahoma's School of Community Medicine here, emerged as the leading medical opponent of the legislation.

The law, she said, is based on a faulty premise about a doctor's role at the end of life. “Palliative care medicine elicits a person's goals and value systems and works with that patient and the patient's providers to determine what the best options are to meet those goals and values in the context of the medical situation,” Clark said.

Her concern, she said, is that the law will force doctors to perform surgeries with extremely low chances of success but high risk for death or further harm to patients already in fragile condition. “There are situations where we cannot take that person to surgery because we think it's certain death, but under this law, we'd have no choice,” Clark said. “It asks us to violate our primary oath which is first to do no harm.”

Palliative care experts fear the new law will prevent doctors from having honest and candid conversations with patients at the end of life to make the medical condition completely clear and the various options and the ramifications of each. Elise Dunitz Brennan, a prominent health care attorney in Tulsa, said she fears doctors will now refuse to inform patients or their proxies of the true risks of some of those procedures for fear of being seen as violating the law.

“If you try to educate a health proxy about the alternatives, when does it become going against the proxy's wishes versus trying to provide education?” Brennan said. “This law totally interferes with the collaborative decision-making process.” She said she now would advise her physician clients not to raise objections to risky surgeries if that's what a patient or proxy wants.

At the urging of the state's medical association, the bill's sponsors agreed to an amendment that says that injunctions granted against doctors for violations under the act cannot be construed as an automatic finding of negligence against that doctor. Brennan said, however, that the provision won't protect doctors from negligence lawsuits from family members.

Although supporters of the bill said the law will not interfere with advance directives in which patients specify what treatments they want or don't want in dire medical circumstances, Brennan said she doesn't believe those documents will guarantee that proxies won't use the new law to override the patient's wishes if the patient can't communicate.

In her argument against the law, Clark of the University of Oklahoma said that she fears it will prompt doctors to leave the state, which already ranks among the 10 states with the lowest number of doctors per resident.

Frank Gaffney, a Tulsa cardiologist, said he is thinking of leaving because of the law. The previous week he had had a very sick patient with a poor chance of survival. He told the patient's family that the man had a very slim chance of surviving an invasive cardiac procedure that Gaffney believed offered the merest chance of saving his life and a high risk of ending it.

The family insisted on the surgery. “If you're not allowed to say this might be futile, you put a physician in the position of murdering someone,” Gaffney said. He performed the surgery; the patient died.