Safety net hospitals – which serve the majority of Medicaid patients and the uninsured – have feared a big financial blow in 2014, especially in states that declined to expand their Medicaid programs. (See infographic)

But the U.S. Department of Health and Human Services this week indicated they may not be hit as hard as first thought.

Instead of punishing states that refuse to expand Medicaid, the funding cuts – $500 million in 2014 and $600 million in 2015—will be allocated among states fairly evenly. The department indicated it would follow current guidelines, which call for proportionally lower cuts to states with the highest numbers of uninsured residents. That includes many of the states that are currently saying “No” to the expansion.

Texas, for example, where Republican Gov. Rick Perry was among the first to announce he would not support an expansion of Medicaid, has the highest uninsured rate in the country. Because it won't expand Medicaid, the state's high uninsured rate will remain higher than in states that agreed to expand the program to millions of low-income adults.

Likewise, Louisiana, which relies more heavily on federal hospital subsidies than most states and does not plan to expand Medicaid, will see no deeper reductions in federal funding than states like California, New York and Maryland that will expand.

The agency indicated it would decide later whether to dock states that don't expand Medicaid when it allocates much bigger funding cuts slated for 2017 when reductions are estimated at $1.8 billion, followed by $5.6 billion in 2018.

The original reason for the cuts to what are known as “disproportionate share hospital” payments, or DSH, is that the financial burden of providing care for uninsured people would lessen after the health law took effect. To help pay for the federal costs of subsidizing insurance and expanding Medicaid, hospitals agreed to accept lower subsidies. Now that states can opt out of the expansion, many hospitals are saying their future financial stability is imperiled.

Current DSH payments come to about $11 billion annually and are allocated among states based on historic formulas that have little correlation to the number of uninsured people in each state. Total Affordable Care Act DSH cuts are estimated at $18 billion. Similar but smaller payments to safety net hospitals under the federal Medicare program for seniors are also slated to decline. 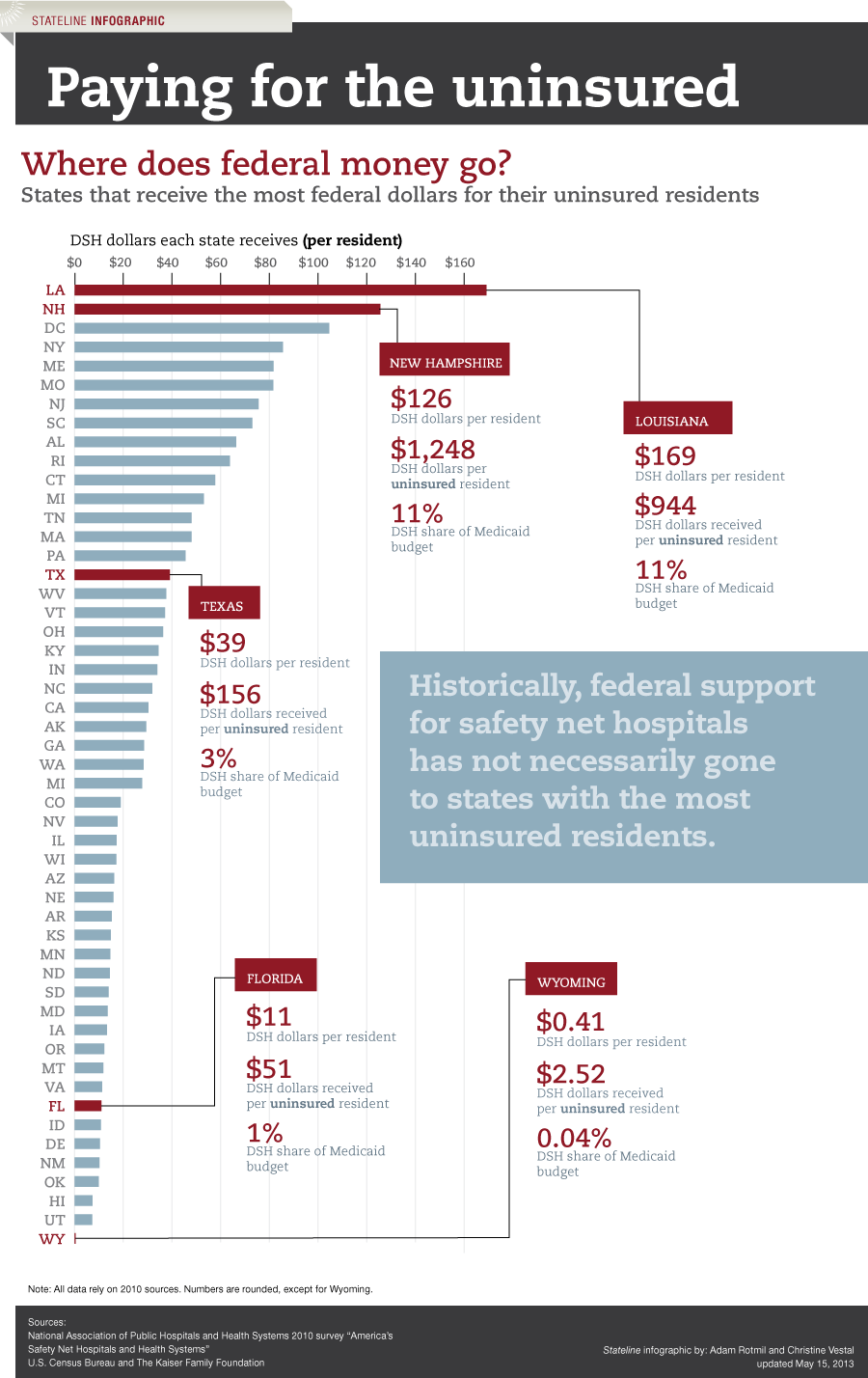