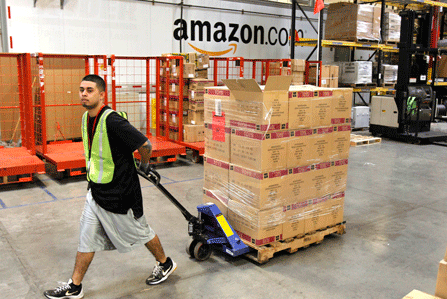 The days of shopping online without paying sales taxes may be ending. States are cracking down and a nationwide system for collecting sales tax on online sales may be coming soon.

Several developments in recent weeks show how quickly the landscape is changing on what has long been an important but elusive goal for state officials: collecting sales tax from online retailers.

States and localities could reap as much as $11 billion a year, according to one study. Internet shoppers are already supposed to pay the money on their own but rarely do.

So state officials and local retailers cheered when New York state's “Amazon tax,” designed to collect taxes on purchases at Amazon.com and similar sites, survived a challenge last month in the state's highest court. It was a significant victory, especially after courts blocked all or part of similar laws in Colorado, Illinois and North Carolina.

Amazon itself is shifting strategies. Facing both pressure from states and new business demands, the company is collecting sales taxes on sales to customers from nine states, and it will add another seven states this year. By 2014, it will collect sales tax from half of its customers.

In many cases, Amazon agreed to collect taxes in states where it is building new facilities, and the agreements do not apply to other online retailers.

Amazon is backing efforts to set up a national system for collecting online sales taxes, which could simplify the process for the company and ensure its competitors have to collect the taxes, too.

Supporters of the idea scored a major victory last month, when the U.S. Senate, in a 75-24 advisory vote, backed a plan to let states collect sales taxes on online purchases.

Three states this year built major legislation on the assumption that Congress would soon pass a nationwide system for online sales tax collection. Missouri would use the money for tax cuts, while both Maryland and Virginia included it in the mix of new funding for transportation packages.

“These deals and legislation and resolutions that are passing in states are really sounding the trumpet to tell Congress loud and clear that this is a problem that needs to be fixed on the congressional level as soon as possible,” said Max Behlke, manager of state and federal affairs for the National Conference of State Legislatures.

States have tried to collect sales taxes on online purchases since the infancy of the Internet. But legal, logistical and political problems blocked their way.

Well before the invention of the Internet, courts blocked state attempts to collect sales taxes on goods sold by out-of-state vendors, because the Constitution says only Congress has the power to regulate interstate commerce.

In a 1967 case dealing with mail-order purchases, the U.S. Supreme Court said companies had to have a physical presence in a state's borders for that state to impose taxes on its purchases. That rule remains in effect today.

But it is still hotly debated. The New York Court of Appeals, the state's top court, ruled recently that the state's 2008 law requiring all online retailers to collect a sales tax stands.

The court said New York could tax purchases from Amazon and Overstock, because both companies had  in-state affiliates that they paid to promote their companies.

Plus, the court added, Amazon and Overstock do not pay the taxes themselves, but their in-state customers do. “They are collecting taxes that are unquestionably due, which are exceedingly difficult to collect from the individual purchasers themselves, and as to which there is no risk of multiple taxation,” the court wrote.

One judge dissented, arguing that the companies did not have enough of a physical presence in New York to be subject to its sales tax law. Amazon and Overstock, he said, were acting like companies that advertised in local newspapers when they recruited local affiliates. Although they were paid, the website owners were not promoting Amazon and Overstock as sales agents would. 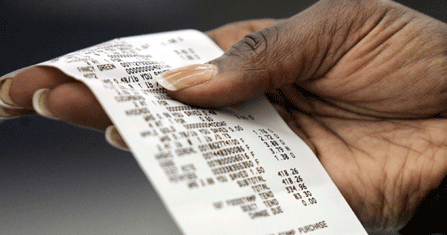 A woman checks her sales receipt after checking out at Walmart in Vancouver, Wash. Walmart is one of 1,900 retailers to voluntarily collect sales tax on its online sales in an effort to “streamline” the process. (AP Photo/Rick Bowmer)

The plan before Congress, called the Marketplace Fairness Act, would set up a national system for collecting online sales taxes. Individual states would choose whether they wanted to join.

They could join in one of two ways. The first option would be to join an existing collaboration among states and retailers to “streamline” sales taxes across state borders. So far, 24 have signed up for the project, overseen by the Streamlined Sales Tax Governing Board. More than 1,900 retailers — including Walmart and J.C. Penney — already voluntarily collect sales taxes from online sales.. Their customers have paid states and localities $1.2 billion since October 2005. North Carolina, Ohio and Oklahoma have each collected more than $100 million.

The second option for states would be to simplify tax collection and auditing on their own, and meet other requirements, to start collecting online sales taxes.

“It's a states' rights bill that allows states to decide these matters,” said Joshua Baca, spokesman for Alliance for Main Street Fairness, which represents retailers. “When the bill becomes law… if states don't want to do anything, they don't have to.”

Baca said the flurry of activity in states helped show Congress that a federal law is needed. Even though more of Amazon's customers are paying sales taxes, customers for other online sellers may not be. Brick-and-mortar stores have no choice but to collect the taxes.

“If you're a retailer, you hate these taxes. You want consumers to come in and spend more money with us,” he said. “But we recognize that there are goods and services that come from that, and if you're going to have taxes, all retailers should be treated equally.”

But Joseph Henchman, a vice president of the Tax Foundation, a Washington, D.C. research group which opposed New York's Amazon tax in court, said he worries about the lack of details in the federal legislation. The proposal, which is only six pages long, does not include any way to enforce the law, likely leaving it up to state courts to handle disputes.

The legislation, Henchman said, is also short on specifics for the definition of key terms, which could prevent ensuring that online sellers have the same rules from state to state.

That problem is, in fact, what the streaming board has been working on for years. Henchman said the project has crafted common definitions and administrative processes, but the number of jurisdictions that impose varying sales taxes continues to climb, complicating the task. In the last decade, more than 2,000 new taxing districts have been created, bringing the number nationally to nearly 10,000.

But businesses would barely even know the difference, said Craig Johnson, the governing board's executive director. States update the information in a database, and the free tax software automatically computes how much tax is owed. Businesses send checks to states, and the states parcel out the money to local governments.

Henchman also warned that states often overestimate the amount of money they will get from online sales taxes, noting that tax receipts from California were well short of projections from a national study often touted by proponents of proposals to boost the collection of online sales taxes.

Proponents of the federal law say they think Congress will pass a law soon, especially after the lopsided vote in the Senate. But nothing is certain on Capitol Hill.

“I don't think we've ever been this close before,” said Behlke from NCSL. He said local businesses have been particularly vocal in saying a fair national system is needed to protect jobs close to home. “That message is really resonating with people and, as a result, resonating with their elected officials.”