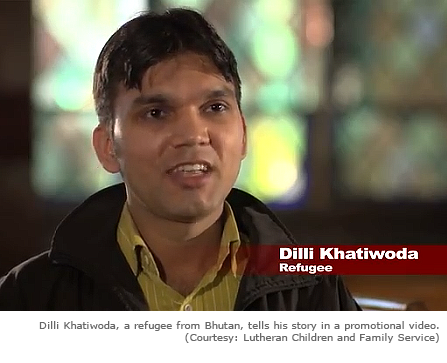 When Dilli Khatiwodahe was 9 years old, his family fled to India to escape the turmoil of his native Bhutan, where people of Nepali descent were being tortured, raped and their property confiscated. His family was trucked to a refugee camp in eastern Nepal, where he stayed for nearly 20 years, going to school and waiting for the day he could start his life over somewhere else.

Today, he lives in Philadelphia, where he works with a church group as an employment specialist helping others fleeing political persecution.

Of the 58,000 refugees who came to the United States last year, the largest number (15,000) came from Bhutan, a small country sandwiched between India and China that in the 1990s saw a spate of ethnic cleansing. 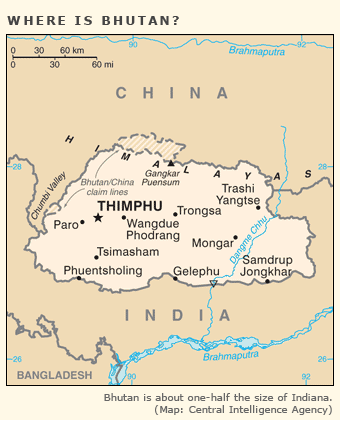 The largest number of Bhutanese last year arrived in Pennsylvania, which accepted more than 2,000.

“Life in a refugee camp was terrible,” Khatiwodahe said. “Philadelphia was the place for me to come and settle,” the 30-year-old said, explaining that he liked the city's diversity and job opportunities.

The states play a key role in the U.S. government's promise of protection to people like Khatiwodahe escaping repressive and war-torn countries.

Millions of federal dollars flow every year through the states and a network of relief organizations to help refugees find housing, health care and jobs.

During this fiscal year, for example, the U.S. Department of Health and Human Services' Office of Refugee Resettlement will spend $372 million on transitional and medical services and another $153 million on social services.

In the refugee assistance program, two other war-torn countries follow Bhutan with the most refugees settled in the United States last year, according to state-by-state figures from the Office of Refugee Resettlement:

Texas accepted the most refugees last year, more than 5,900. On the other end of the spectrum, Hawaii and Montana each accepted just one. A refugee from Burma arrived in Hawaii and an Iraqi went to Montana, according to HHS.

How refugees end up in certain states can be a complex process, and at least one state wants the federal government to slow down the pipeline.

Refugees, unlike most immigrants, are unable or unwilling to return to their country because of persecution. They must get approved by the U.S. as a “refugee” before coming here. The U.S. will accept up to 80,000 refugees a year.

Most states have refugee coordinators who work with the federal government and relief organizations to oversee the program. The emphasis is on getting jobs for them with the help of HHS, which provides state-by-state job statistics. Many create their own businesses. In Pennsylvania, for example, 65 percent of the state's refugee caseload in 2011 was employed.

The federal and state governments work with a variety of faith-based and resettlement groups to plan where to place refugees, taking into consideration local labor markets, access to low-cost housing, the ability of local organizations to provide services and whether the refugees already have family in this country.

Four years ago, when the U.S. started accepting refugees from Bhutan, resettlement organizations in Pennsylvania made the case to the federal government that Philadelphia and Lancaster had the resources and commitment to help these refugees, explained Janet Panning, program director of the Lutheran Children and Family Service in Philadelphia, a non-profit agency that serves southeastern Pennsylvania. This includes already having communities of Nepali descent who would know the language and culture, she said. Bhutanese tend to have extended families, so their numbers grew in Pennsylvania as authorities placed new refugees with relatives already there.

Of the nearly 1,000 refugees helped by Panning's organization in the last two years, more than 570 were Lhotsampa, the ethnic Nepalese population of Bhutan. She credits the state for being pro-active and welcoming to newcomers.

When Khatiwodahe first arrived in the United States in 2009, he landed in Arizona. He moved east a few months later, because he figured his older parents, who planned to join him, would prefer the cooler, varied climate. He has been employed since 2010 at Lutheran Children and Family Service in Philadelphia, where Panning works.

The federal government pays for the relief programs created for refugees, but refugees and their families are also eligible for many safety net programs, including Medicaid and welfare, which states administer and help pay for. Their children also attend public school, which states help fund.

At least one state, Georgia, says it has reached its capacity.

Last August, the state asked the federal government to reduce the number of refugees resettled in Georgia, particularly in the DeKalb County area, which includes part of Atlanta, citing state and local budget concerns involving Medicaid, education and social services.

“The DeKalb County Department of Family and Children Services has seen a rise in the number of refugee families requiring the intervention of child welfare services thus further straining our State's budget,” Michael B. Singleton, Georgia state refugee coordinator, wrote in a letter to the Department of State last August.

The state, which in the past five years has accepted 12,703 refugees, also raised security issues in the city of Clarkston as another reason for wanting few new refugees. “In the past year, a Burmese student has been murdered and there have been reports of robbery and refugee gang violence,” Singleton wrote. 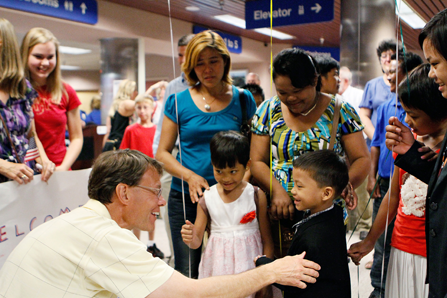 Two young refugees from Burma meet a World Relief volunteer last July in Washington state after they are reunited with their parents. The family became separated three years ago while escaping persecution. Organizations work with federal and state officials to help refugees get settled. (AP Photo/Kai-Huei Yau, Tri-City Herald)

Ravae Graham, a spokeswoman for the state's Department of Human Services, said the federal government agreed to reduce the number by 20 percent. Last year, the state accepted more than 2,500 refugees, most from Bhutan, Burma and Somalia.

Most of the refugees have resettled in the Atlanta area, the Atlanta Journal Constitution reported in a story last month.

Kathleen Newland, who heads the refugee program for the Migration Policy Institute, a Washington think tank, said she worries that the U.S. program has tilted too far toward the “bootstrap mentality” of giving refugees the bare minimum and expecting them and the communities to do the rest. “A lot of these people are traumatized. Their lives have been totally disrupted. It's not easy to get on.”

Since 1975, the U.S. has resettled more than 3 million refugees, with nearly 77 percent being Indochinese or citizens of the former Soviet Union, according to the HHS resettlement office.

Rounding out the top 10 countries where refugees came from last year are Somalia, Cuba, the Democratic Republic of Congo, Iran, Eritrea, Sudan and Ethiopia.