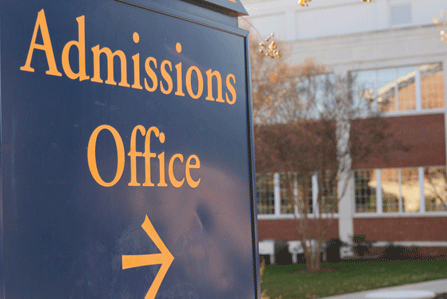 Tuition at public colleges has spiked, especially in Arizona and California. (iStock)

Tuition at public colleges in Arizona and California has spiked more than 70 percent over the past five years, the result of massive cuts to state higher education funding in those states and most others, according to a report released Tuesday.

While enrollment grew by nearly 1.2 million students over the past five years, states cut overall higher education funding by $16.8 billion, or $2,353 per student, the report by the Center on Budget and Policy Priorities said.

The tuition increases haven't prevented major cutbacks at universities, including thousands of layoffs at schools in Arizona and California, and department closures there and elsewhere.

Wyoming and North Dakota are the only states that have increased funding for higher education over the past five years, but students in those states still saw a 9 percent increase in tuition in the same time span.

Rising tuition has led to greater student debt and could make it harder to improve graduation rates, the report found, though there are indications that tuition growth could be slowing in some states. Last year, for example, regents in Arizona froze tuition and fees at the two largest universities in the state, Arizona State University and the University of Arizona.

But Phil Oliff, the lead author of the report, says that even though state budgets are starting to improve, states haven't begun to significantly reinvest in higher education.

Congress May Reverse Some of Sequester's Cuts to WIC Kansas or Indiana? Not in Basketball, but Population
RELATED
Topics
Education Revenue and Spending
Places
Arizona California North Dakota Wyoming