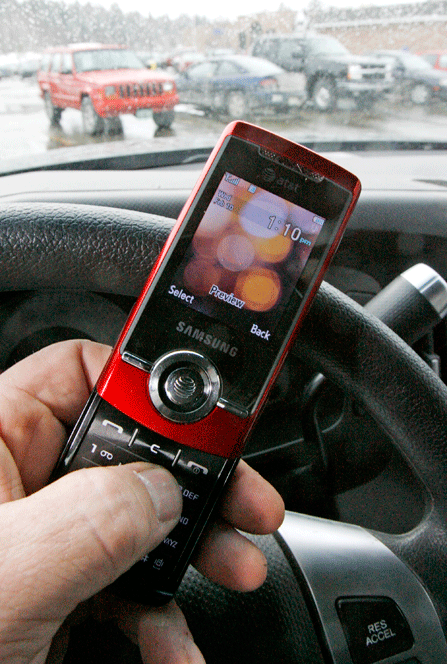 Budget battles on Capitol Hill could cost states federal money to fight distracted driving and to roll out graduated licenses for teen drivers.

A measure passed last week by the U.S. House of Representatives, controlled by Republicans, would cut funding for highway safety grants to states by $48.5 million. A Senate version, drafted by the chamber's top Democratic and Republican budget writers, would pay for all of the safety grants.

The dispute comes in how to pay for a transportation law that Congress passed last summer. The law continued the same level of funding for safety grants for two more years, with a price tag of $500 million. But in its version of a continuing resolution that would fund federal government operations until October, the House proposed to cut the money that would have paid for new efforts to address distracted driving and to phase in full driving privileges for teens.

This version would mean a cut to existing funding for states, says Barbara Harsha, executive director of the Governors Highway Safety Association, a group of state transportation safety agencies.

Several safety experts expect that not as many states will qualify for the new safety grants because the requirements are too tough. But last year's transportation law also allows the federal government to use leftover money for other safety grants if that happens, Harsha says. “That's really important, because we think a lot of states could get less money” under last summer's transportation law than they had previously, she says. “This flexibility will help them tremendously.”

The Senate is expected to vote on its plan later this week. These resolutions are separate from the drafts for full-year budgets that congressional leaders, such as Republican U.S. Rep. Paul Ryan of Wisconsin, are unveiling this week. The full-year plans would go into effect in October.