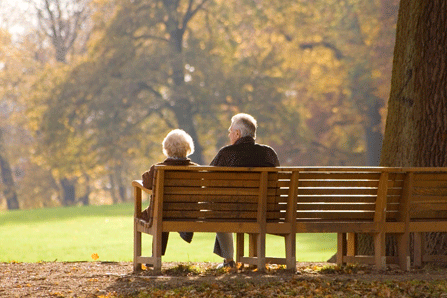 In December, after nine months, fifteen meetings and countless hours of discussion and debate, Kentucky's Blue Ribbon Commission on Tax Reform finally settled on a list of 54 recommendations for overhauling the state's tax code. The proposals from the special panel included everything from revenue-raising measures such as higher cigarette taxes and limits on itemized deductions to tax cuts such as lower rates on income and a new earned income tax credit for the working poor.

But the dollar figure for one recommendation dwarfed any of the other 53. The state, the commission said, should raise $485 million a year by reducing exemptions on pension income — by, in effect, taxing the elderly more.

To say this idea will be a tough sell is an understatement. No age group is as politically attentive as seniors. The Kentucky chapter of AARP has announced its strong opposition. Several legislators have voiced skepticism.

Yet the Kentucky commission didn't turn to the pension exemption out of a spirit of political masochism. It did so largely because the exemption costs a lot now and would cost a lot more in coming years. As more Baby Boomers reach retirement age, how much they pay in taxes will become more and more important.

Whether or not Kentucky lawmakers act to change the exemption this year, the fact that they're having the debate at all is noteworthy. For decades, with only rare exceptions, states have made tax preferences for seniors more generous, not less. Now, more lawmakers are starting to wonder whether the tax breaks have become so generous that they threaten the sustainability of state revenue streams in the years and decades ahead — and, if so, whether it's politically possible to do anything about it.

In Kentucky, there's at least one senior who's ready to support higher taxes. Lieutenant Governor Jerry Abramson, who chaired the commission, remembers a retiree testifying, “I have a pension. My wife has a pension. I have Social Security. My wife has Social Security. Between us we make over $100,000 and we don't pay a nickel in state income taxes. That's representation without taxation. That's wrong.” Abramson says members were swayed to take on the pension exemption in part by that testimony.

How is it possible that a couple could make $100,000 in a state where the median household income is less than half that and still pay no income taxes? It's possible because individuals can exempt the first $41,110 in pension income in Kentucky. Couples can exempt double that.  Social Security is exempt from the income tax too.  In addition, the state has an exemption that reduces property tax bills for people 65 and older: They get $34,000 off the assessed value of their homes. Collectively, these measures cost the state more than $1.3 billion a year, according to estimates from the state's budget office.

While Kentucky  is unusually generous in this respect, many other states do much the same thing, offering tax breaks for seniors that cost hundreds of millions of dollars a year. A few states, including Illinois, Mississippi and Pennsylvania, exempt all pension income —from both public and private pensions — from their income tax. Many others offer at least partial exemptions. More than half of the states also exempt Social Security income entirely, while most others offer partial exemptions. Plus, states offer a variety of age-based income and property tax breaks, usually for taxpayers who are 62 and older or 65 and older.

By contrast, the federal government has never excluded pension income from taxation and taxes Social Security recipients above a threshold income level.

The various state tax breaks come with different justifications. For example: Why tax Social Security when workers already paid payroll taxes to support it? Why tax public pensions when reducing the benefits would have the same effect — the government keeps more money — without an extra layer of complexity? But there are also some common themes.

States want to attract seniors because they view them as contributing more than their share to the economy. Seniors' Social Security income and most pensions don't cost the state anything. All of the preferences are intended as a way to help seniors on fixed incomes pay their bills, stay in their homes and enjoy the comforts of retirement.

In Colorado last year, lawmakers restored a property tax exemption for seniors at a cost of about $100 million to the state treasury. “I look at government as taking care of those who can't take care of themselves,” says State Representative Cheri Gerou, a key supporter of the exemption, “be it the young or be it the elderly.”

What critics of the preferences say, in Colorado, Kentucky and elsewhere, is that plenty of seniors can take care of themselves just fine. Fifty years ago, poverty rates were far higher for seniors than for any other age group. Today, they're considerably lower than the rates for either children or working-age adults.

That, however, hasn't stopped the benefits from becoming more generous. “The general tendency until very recently has been expand, expand, expand — or at least keep up with inflation,” says Karen Smith Conway, a University of New Hampshire economist who co-authored a history of senior tax breaks published in the December issue of National Tax Journal. “They haven't been big expansions, but they haven't taken them away.”

Some states are still expanding: Maine upped its pension exemption from $6,000 to $10,000 last year. But a nascent shift against the preferences is also underway.

Michigan dramatically scaled back its pension exemption in 2011. The same year Hawaii Governor Neil Abercrombie proposed ending the total exemption for income from defined-benefit pensions in his state, but the measure stalled. After approving a law in 2010 to phase-in a total exemption of pension and other retirement income, Georgia reversed course last year, freezing the size of the exemptions instead. Oregon Governor John Kitzhaber wants to scale back a senior medical deduction that is projected to cost the state $187 million over the next two years.

In Kentucky, the commission's hope is to preserve the pension exemption only for those who need help the most. Under the panel's proposal, if a senior's only source of income (excluding Social Security) were a $30,000-a-year pension, the whole pension would be exempt. Seniors who make more would get a less generous benefit. Someone who makes $60,000 a year — whether that money comes from a pension or any other source except Social Security — wouldn't get any pension exemption at all.

AARP is fighting back. Scott Wegenast, the Kentucky chapter's communications director, points out that many seniors had their savings decimated in the Great Recession, just as they were hitting retirement age. “We think it's unfair to burden them to fix the state's budget problem,” Wegenast says. “They may not have the ability to go back in the workforce and create new income to meet their basic expenses.”

So far, Governor Steve Beshear hasn't signaled which of the commission's recommendations he'll embrace, but it's clear that if he tries to reduce the pension exemption he'll be taking a political risk. “There are definitely people voicing concerns about it,” says Jason Bailey, the director of the Kentucky Center for Economic Policy, and a member of the commission, “probably more than anything else in the plan.”

But, while increasing the tax burden on a group as influential as seniors is difficult, it's not impossible. Michigan's experience is proof of that.

Michigan's approach was to phase in changes gradually. The law Governor Rick Snyder signed in 2011 kept exemptions unchanged for people born before 1946. The most dramatic changes were reserved for taxpayers born after 1952, who were 58 or younger at the time.

The phase-in didn't prevent the idea from being controversial — far from it. Democrats have used it as weapon against Snyder and his fellow Republican lawmakers ever since. But the provisions did allow supporters to argue that their legislation wouldn't hurt current retirees. Plus, it gave future retirees time to prepare for the changes.

After seeing Governor Abercrombie's proposal fail in 2011, Lowell Kalapa, president of the Tax Foundation of Hawaii, says that the state should consider implementing reductions to the pension exemption over 10 to 20 years to build political support. But, even with that approach, he's not exactly optimistic. “As we always say, once you grant a goody, it's hard to take it away,” Kalapa says. “The pension exemption is one of those.”