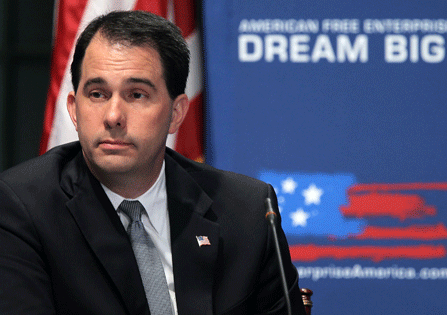 Several states, most of them led by Republican governors, have experimented in recent years with the idea of turning their economic development agencies over to semi-private management. The results have not been uniformly successful. Many of these organizations are struggling to balance job creation with public accountability.

When a new CEO is picked soon to lead the Wisconsin Economic Development Corporation, he will face the task of overhauling an organization that has existed for little more than a year. The difficulties of WEDC, overseen by a board chaired by Governor Scott Walker that includes a mix of public officials and private citizens, have become clear over the last three months. In October, the Milwaukee Journal Sentinel reported that the agency had failed to monitor millions of dollars in overdue loan repayments from businesses because it had never assigned staff to do so. Those revelations led to the resignation of the organization's chief financial officer. The CEO also announced he was leaving.

Democrats have sought to take advantage of the organization's problems, while Walker and WEDC officials have admitted to shortcomings, but argued that the overall structure is sound. “In WEDC's single-minded focus to drive job creation through new initiatives, the organization made some missteps, which we fully acknowledge,” WEDC's interim CEO and its chief operating officer wrote in a memo in late November. “Simply put, WEDC did not appropriately prioritize its time or the personnel needed to document certain financial processes.”

Similar semi-private agencies in other states have had their share of controversies. Both the Arizona Commerce Authority and JobsOhio have been lighting rods for criticism, with opponents arguing that they haven't been transparent enough about which companies receive financial aid and how they are selected. JobsOhio's future is also clouded by litigation challenging the organization's constitutionality and the legality of its planned primary funding source, the lease of state liquor stores.

Meanwhile, the Indianapolis television station WTHR reported this week that Indiana State Senator Mike Delph introduced legislation requiring the partially privatized Indiana Economic Development Corporation to report how many of the jobs companies promise under its deals end up being created. Those numbers are currently kept private. “The bottom line is people have a right to know how their tax dollars are being spent,” Delph said.