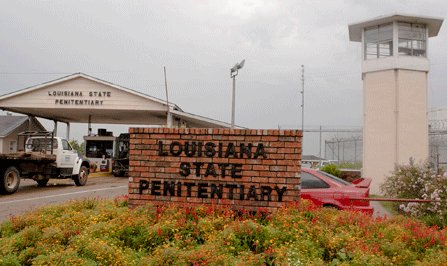 Espinola Quinn's children haven't spoken to their father in more than two months. He is in prison in Louisiana, and an inmate phone account costs upwards of $25 to set up and then must be reloaded regularly. Individual calls from a Louisiana prison or jail cost about 30 cents a minute, too much for the family to afford, Ms. Quinn told the Louisiana Public Service Commission last month.

“I have the 10-year-old, who wants to hear from her father. ‘Mom, can Dad call? Can he call this month?'” said Quinn, who was testifying in support of a proposed rate cut for inmate phone calls. “The telephone calls are really all [my children] have, and in some cases and some months, they don't even have that.”

Quinn's experience is not unusual. In Louisiana and many states across the country, outgoing calls made by prison inmates can cost nearly $1 per minute, according to a 2011 report from the U.S. Government Accountability Office. In Mississippi, a 15 minute long-distance call costs an average of $14.55. In Colorado, all local calls from prison cost a flat rate of $2.75 plus 23 cents per minute, according to a national analysis of phone contracts with correctional facilities conducted by Prison Legal News.

The reasons for the high rates vary. The phone companies argue that their infrastructure costs for serving the prisons are much higher than for serving the general public. They must monitor the calls for suspicious activity and make sure the phone lines are secure. Prisons and jails have to employ investigators to follow up on information heard in inmate phone calls, such as potential witness tampering or discussion of smuggling contraband into the facility.

The high costs are also the result of commission agreements, promised in a contract between a prison and a service provider. Fopr the states that have these arrangements, the average commission rate is about 42 percent, meaning that the jail or prison gets 42 cents out of every dollar spent on an inmate phone call, according to the Prison Legal News analysis.

In Louisiana, the newest contract between phone company Securus and the Louisiana State Penitentiary at Angola, the largest maximum security facility in the country, promises the prison a 70 percent commission on each phone call made by an inmate.

That money largely stays in the prisons and pays for inmate programs such as anger management, vocational training and preparation for reentry, according to Jimmy LeBlanc, secretary of the Louisiana Department of Public Safety and Corrections. “In tight budget years, as we are currently experiencing," says LeBlanc, "collections from offender phone services is often the difference between providing crucial offender services, or doing without, which we can't afford to do either.”

The proposed rate cut that brought Espinola Quinn to the public service commission meeting would reduce commissions by 25 percent and set a flat rate for all calls of $1.69 plus five cents a minute. LeBlanc's department estimates that the rate cut would cost the department about $1 million a year. The commission may vote on the changes at its next meeting on December 12.

A tax on families?

The money paid for the phone calls doesn't come from the inmate. It's paid by whomever the inmate calls—whether it's family, friends or legal counsel. Here's how it works: When inmates first come to jail or prison, they create a list of people and phone numbers they need to reach. Anyone whose name is approved either has to set up a debit account through the phone company that has a contract with their inmate's facility, or accept collect calls from the inmate and pay a bill later.

The fees essentially function like a tax on the families and friends of inmates, says Drew Kukorowski, a research associate at the Prison Policy Initiative.

“At root, I think it's probably being driven by the fact that the state legislatures aren't properly funding the programs in the prison system and jails,” says Kukorowski, who published a report on prison phone rates in September. “The prisons and jails say that they have to make up revenue to pay for the programs. Then that falls on the families of the prisoners.”

To Foster Campbell, chairman of the Louisiana Public Service Commission, the idea of taking excess money from an inmate's family by awarding phone contracts to the highest bidder is “a damn shame.”

Changes could be coming

Any action from the FCC, however, would affect only calls made from one state to another, since calls made inside any one state are still under the jurisdiction of that state's government. Nevertheless, an action by the FCC, says Kukorowski, could provide a model for  state regulators to follow.

Not all states collect commissions on inmate phone calls—eight states have barred prisons and jails from collecting any commissions from prison phone contracts. For instance, before New York banned commissions in 2008, calls from a New York prison or jail cost a flat rate of $1.28 plus six cents a minute. Since the ban, however, the state has had the nation's lowest rates for long distance and out-of-state prison calls at just four cents a minute.

“We don't need blood money,” says Campbell, “and this is blood money.”