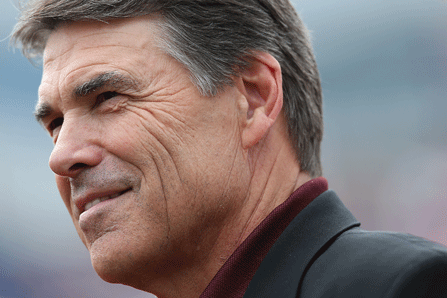 The new Texas agency that is leading the state's 10-year, $3 billion push to cure cancer is fighting for its reputation and future in the face of doubts about its operations.

Spurred on by Governor Rick Perry and cyclist Lance Armstrong, voters in 2007 overwhelmingly approved a ballot measure that makes Texas the largest state funder of cancer research and prevention, second only to the federal government.

At issue is whether the Cancer Prevention Research Institute of Texas, commonly called CPRIT, is letting politics trump science in the way it doles out grant money.

“If states are going to do these types of things, it's important that the money is awarded in a way that people know that it's not going down a rat's hole or steered toward certain companies,” says state Representative Garnet Coleman, a Democrat from Houston.

To finance the research, Texas is using general obligation bonds, the same kind of debt that states use to build schools and fix roads. To date, Texas has disbursed $755 million in grants to prevent or cure cancer and lured dozens of top scientists to the state, including scholars from Harvard, Stanford, Johns Hopkins and the California Institute of Technology.

By the end of this year, the institute hopes to announce a new top scientific officer to replace the Nobel Prize winner who quit this fall amid concerns over the way some project grants were awarded and the direction the institute was taking with taxpayer money.

“Science must come first; commercialization is essential but comes second,” says an October opinion piece by Dr. Alfred Gilman, who had just resigned as the institute's chief scientific officer after two years, and Phillip A. Sharp, another Nobel laureate who likewise resigned from the institute. By the end of October, 33 scientists had resigned because of the same concerns, the Wall Street Journal reported.

“Commercialization” projects are those that move new cancer drugs and therapies from the laboratory to the marketplace. One such project in particular flared the controversy: a $20 million grant initially awarded to the M.D. Anderson Cancer Center at the University of Texas for development of a new cancer drug. Gilman and Sharp suggested the award was rushed and made without the proper peer review, while several well-regarded research projects “were put in the freezer for months.”

A month-long Houston Chronicle investigation earlier this year suggested that certain members of the institute's “oversight” committee, who are appointed by the governor and other state politicians, used undue influence over the scientists to ensure that the M.D. Anderson Cancer Center got the grant. The Chronicle reported that a Houston venture capitalist, Charles Tate, whom the lieutenant governor appointed to the CPRIT oversight board, has ties to M.D. Anderson and helped shepherd the proposal through the process without having to undergo all the review procedures.  Tate denied doing so and the institute decided to resubmit the grant for a new review, the paper reported.

The institute says it stands by the integrity of its peer review process and rejects any notion of political influence in its grant-making procedures. “Our process – which has strict conflict of interest rules – is structured specifically so that this doesn't occur,” says Bill Gimson, the institute's executive director. “All of CPRIT's expert reviewers live outside of Texas and their deliberations and recommendations are completely independent,” according to Gimson, formerly the chief operating officer at the U.S. Centers for Disease Control and Prevention in Atlanta.

A similar controversy emerged last week, when the The Dallas Morning News reported that the institute awarded $11 million to a Dallas company without properly vetting the grant. One of the top investors in that firm has also been a major donor to Perry's campaign and to the campaign of Lieutenant Governor David Dewhurst.

“These revelations are heart-breaking for those of us who fought so hard to establish this institute — not to mention the millions of Texans who are impacted by cancer and relying on CPRIT to produce cures and treatments,” says state Senator Jane Nelson, who chairs the Senate Health and Human Services Committee. She says she is drafting legislation to strengthen oversight of the institute.

Gimson says the institute, which opened shop three years ago, has already begun efforts to improve its operations by hiring a compliance officer to monitor grant processes. The institute also recently launched “Future Direction,” a series of workgroups and town hall meetings throughout the state that Gimson says will help set the direction of the organization over the next seven years.

Some Tea Party fiscal conservatives may renew concerns about the institute's $3 billion price tag, which could carry $1.6 billion in interest over the life of the ballot measure. Texas essentially followed the model California used in 2004, when voters there approved $3 billion for stem cell research. The program in California, which last month announced the 12th and final stem cell research project funded by the ballot measure, is expected to cost the state $6 billion: $3 billion for bonds and another $3 billion in interest.

Supporters of the Texas institute say the money invested in cancer research goes beyond the dollar figure. The direct medical costs associated with cancer, which kills more than 100 Texans a day, total more than $28 billion a year in Texas. So reducing cancer rates in the state, as the institute is charged to do, would help cut those costs while saving lives.

Backers also tout the economic edge Texas will gain by becoming the leader in cancer research. “One of the lasting successes of CPRIT is attracting world-renowned scientists to set up shop here in Texas, to bring their laboratories with them ... and with them high-paying jobs,” says James Gray of the American Cancer Society's Cancer Action Network in Austin.

The institute reports that its investments for 2011 resulted in more than 14,000 jobs and generated nearly $292 million in state revenue. The impact on Texas business activity was more than $1 billion in output, or real gross product, a consultant group study found.

Governor Perry continues to be a vocal proponent of the cancer institute. He says CPRIT, together with the “Texas Emerging Technology Fund,” is turning Texas into a center for biosciences and other emerging technologies. Perry says these efforts will make Texas “the first that comes to mind when people think of cutting edge medical research.”

But the same controversy that ensnarled Perry's Texas Emerging Technology Fund, which provides grants for research and commercialization to tech start-ups, may be spilling onto the cancer institute. The Dallas Morning News reported in 2010 that millions of dollars from the technology fund were awarded to companies with investors or officers who are Perry campaign donors. The same paper last month reported similar problems with the cancer institute, which Perry denied. “The governor is not involved with operations or funding decisions at CPRIT,” a Perry spokesman told the paper. CPRIT's Gimson says “State leaders have no role in the grant selection process.”

Democrats are sure to question any ties. “If now the state of Texas is basically a venture capitalist … the public needs to know what their tax dollars are being invested in,” says Representative Coleman.

Supporters hope that the controversies don't overshadow the work CPRIT is already doing in Texas, where cancer is the leading cause of death among those younger than 85 years of age. More than 100,000 Texans received cancer screenings through the institute's projects through the end of 2011, including 225 who discovered they had cancer, a diagnosis they might not have received without the program.

“There is no question in my mind that CPRIT has made a positive impact in the fight against cancer,” says Senator Nelson. “It has allowed us to expand prevention programs,” she says, and “has cemented Texas' status as a premier corridor for cancer research.”