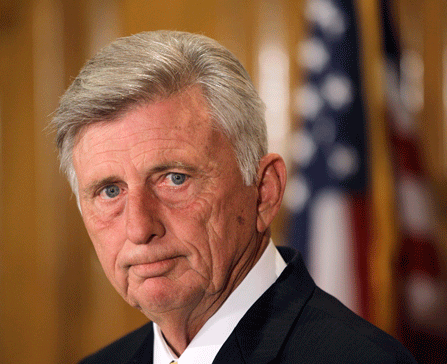 LITTLE ROCK, Arkansas — Arkansas ranks near the bottom among states in health and income. But it's much closer to the top when it comes to rising health care costs — they've doubled in just the past decade. Reduced benefits and lower provider fees have not halted the escalation. Last year Governor Mike Beebe decided to try something entirely new.

“We had no choice,” he told Stateline in an interview. “Huge, huge cost increases were driving a greater percentage of people into the uninsured category every year.”

In some ways, it sounds like other state experiments with cost-saving alternatives to traditional fee-for-service. But there is one big difference. In Arkansas, private insurers are joining with Medicaid to create a united front. Customers with private insurance will receive the same kind of care under the same billing rules as those who qualify for Medicaid. Medicare, the federal health plan for seniors, is also considering joining the initiative.

Almost all Arkansas doctors serve Medicaid and Medicare beneficiaries as well as privately insured patients. According to the state's surgeon general, Dr. Joe Thompson, all evidence suggests patients are treated the same no matter who pays the bills. What varies greatly is the fee structure. Medicaid pays its providers the lowest rates and private insurance pays the highest rates. Within both of those pricing structures, the average cost of treating patients for the same conditions varies widely among doctors. The goal of the initiative is to make those costs consistent — and lower.

“It's not an experiment,” state Medicaid Director Andy Allison insists. “We're really putting right the distortions that fee-for-service reimbursements have compounded on the health care system for at least my lifetime,” he says. “We can't just dip our toe into this.”

How It Will Work

Under the plan, Medicaid and private insurers will designate one doctor as the “principal accountable provider,” or quarterback, for each specific “episode” of care. These quarterbacks will receive bonuses if they come in under established cost thresholds. They will be assessed penalties if they exceed them.

Initially, Medicaid will target three episodes of care that affect thousands of beneficiaries and cost the state millions each year: pregnancy and childbirth or perinatal care, the common cold, and attention deficit and hyperactivity disorder (ADHD). Blue Cross Blue Shield and QualChoice of Arkansas, the state's No. 1 and No. 2 insurers, chose perinatal care and hip and knee replacements because those episodes are among the most costly conditions that affect the largest number of their subscribers. Blue Cross will also include congestive heart failure, which primarily affects older adults.

In June, doctors received reports from both Medicaid and private carriers indicating how their average costs for each episode stacked up against those of other doctors in the state. The goal for the 12-month period that starts October 1 under Medicaid, and January 1 under private insurance, is for each doctor's average reimbursement per episode to fall within an acceptable range or below it.

During the year, physicians will file claims just as they always have. What's new is that they will be given reports on the costs of all of the services they order for each episode of care, including diagnostic tests, imaging, hospital stays and prescription drugs.

Nationwide, direct physician services account for only 7 percent of all medical costs. The services that doctors order from other providers make up a much larger share. Most physicians are working in the dark when it comes to the costs of the drugs and services they order, says David Wroten of the Arkansas Medical Society.

Armed with this new information, doctors will be challenged to rein in the total costs for each patient so that the average cost among all of their patients falls near or below the threshold.

In the case of the common cold, for example, antibiotics are prescribed by Arkansas doctors 49 percent of the time even though clinical guidelines for upper respiratory infections call for antibiotics in less than 5 percent of cases. Under the new system, if a patient with a cold wants antibiotics, the doctor will have an incentive to explain that the medicine won't cure the symptoms, rather than simply writing a prescription.

In perinatal care, cost variances are most often the result of more sonograms than recommended and extra days in the hospital following childbirth. In discussions with doctors since the reports went out, Human Services Director John Selig says he's found that many doctors are unaware they are not following medical guidelines. They often say they are simply providing the services their patients want.

When the accounting is done at the end of the year, doctors whose fees exceed the acceptable range will pay penalties in the form of deductions from future claims. Those whose fees fall within the acceptable range will see no change in future reimbursements. For doctors whose costs fall below the threshold, there will be bonus checks from Medicaid and private insurers.

After Beebe announced his proposal early last year, Medicaid and insurance officials began a series of town hall meetings to explain the idea to doctors and get their feedback. “There was a pretty strong consensus against it at the time,” says Wroten. Many said the program would result in “cookbook” medicine, in which all patients are given the same treatment regardless of their needs. Some suggested it would cause medical rationing if a doctor came close to exceeding the cost threshold.

Since then, rationing fears have been mostly dispelled by explanations of the program's health care quality requirements and the flexibility that's built into the system to give certain patients additional care when it is called for.

According to Allison, the Medicaid director, the initiative does not require doctors to treat every patient exactly the same way. For perinatal care, individual patients with complications can be excluded from the pool used to calculate the cost threshold. The calculation will also take into account patients who require additional care because of prenatal risk factors.

But vocal opposition persists. Some doctors argue that cutting back on imaging, for example, may result in lawsuits they can ill afford. Some complain that much of the increase in health care costs is an inevitable result of consumer demand. “We're really spoiled in this country,” says Wroten. “We demand the best health care and by and large we get it.”

Doctors aren't the only ones who have concerns about how Arkansas' bold initiative will work. The budget deficit for next year's state Medicaid program is projected to be as high as $400 million — a big hole in a $4.8 billion program that serves 780,000 Arkansans. Medicaid officials are not counting on a certain level of savings from the initiative to fill that gap. But they would be delighted to see some evidence that the program is saving money.

“It's a work in progress,” Governor Beebe says. “It could be that we need to tweak it and make changes as we see the need. We don't in any way want to direct doctors or hurt their ability to deliver quality care.” But doing nothing, he says, is not an option.

“Americans have the mistaken idea that more medicine is better medicine,” says Allison. “The very clear objective of this initiative is high quality care. Overtreatment is not high quality.”