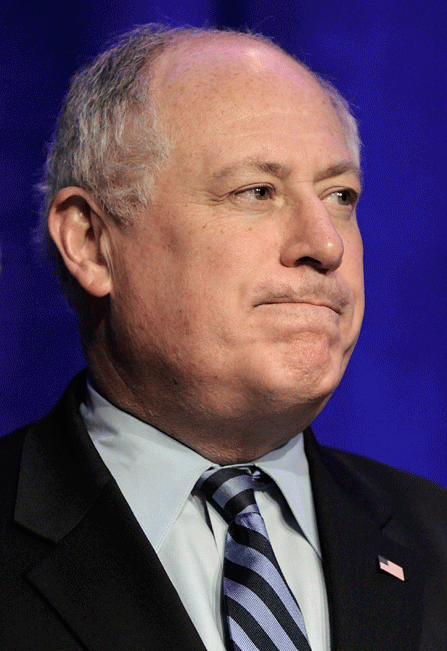 CHICAGO — Every time it seems Illinois might be pulling out of its budgetary tailspin, a new crisis hits.

The latest one, which Democratic Governor Pat Quinn wants lawmakers to address during a special legislative session Friday (August 17), is the state's ballooning annual pension payment. Those payments have become so large they are eating up all of the state's new tax money and still forcing cuts to schools and Medicaid.

Getting those required payments under control will be no easy task, especially in a one-day session sandwiched between summer vacations and the campaign season. The House will be preoccupied Friday with a vote to oust one of its own members, who was indicted for taking bribes. Many expect a consensus on pensions will not emerge until after the November elections. In the meantime, Quinn faces intense opposition over pension changes that are merely being considered. On Wednesday, he was heckled by a crowd of protesters from public-employee unions in an appearance at the Illinois State Fair.

Even if legislators solve the latest pension problem, their relief may be short-lived. The state still has a backlog of some $8 billion in unpaid bills, and even under the rosiest predictions Illinois still will owe $6 billion at the end of the fiscal year. Furthermore, big pieces of a major Medicaid cost-cutting law could fall apart if the federal government rejects them. And huge tax hikes that shored up the state's finances recently are set to expire in little more than two years.

All the bad news, though, makes it easy to miss the fact that Illinois has started to move past the wink-and-nod budgeting of years past. Illinois, after all, is a state that has not had a balanced budget in at least 10 years. But there are signs Springfield is finally getting religion when it comes to fiscal responsibility.

The tax hikes were unpopular, but they gave elected officials breathing room during the recession. They also came with spending caps and requirements that will force legislators to look ahead more than one year when weighing how much to spend on certain services.

Quinn's office says state spending has been pared back to what it was five years ago. One of the most dramatic examples of that is a bipartisan plan, passed this spring, to reduce the state's Medicaid bill by $2.7 billion. Roughly a third of that amount will come from new revenues, such as a cigarette tax hike, and two thirds from spending cuts. The law reduces state payments for 62 different items, including eyeglasses, dentist visits, nursing home rates and medicines.

And one reason the pension payments are so suddenly painful is that the state is actually paying them, instead of borrowing money to cover the costs.

“We are on a solid fiscal footing,” Illinois Senate President John Cullerton, a Democrat, told Stateline. “We clearly have a balanced budget this year, and we took $1.3 billion to pay down old debts… We hope, of course, that the economy will grow between now and [the expiration of the tax hikes] so we won't have to have a problem with our future balanced budgets.”

“The day of reckoning was when Moody's downgraded us” in January, says Representative Patti Bellock, a suburban Republican. Other rating agencies warned that they, too, would lower the state's bond ratings if lawmakers made no progress on reining in Medicaid costs, paying off unpaid bills and getting a handle on pension payments.

The ratings agencies had scared Illinois officials into action before, such as when Quinn doubled the size of the tax hike he was proposing after talking to Wall Street investors. Shortly after this year's downgrade, Quinn told lawmakers they faced a “rendezvous with reality” on Medicaid and pensions.

Illinois' pension funds long have been among the worst-funded in the country, but the Great Recession made the situation even more critical. By last summer, the most recent period for which numbers are available, Illinois only had 43 cents for every dollar it owed in pension liabilities.

While the state is in no immediate danger of running out of money for its current retirees, such big red flags do increase the risk that Wall Street will downgrade its credit. Illinois already has one of the lowest bond ratings in the country. Another downgrade would mean increased borrowing costs for the state.

Governor Quinn described the stakes when he called lawmakers back to Springfield this month. “The state is currently facing an unprecedented pension crisis that, unchecked, compromises the state's credit rating and threatens the continued delivery of vital programs and services including education, public safety and human services,” he wrote.

Two years ago, Illinois officials signed off on changes to improve the long-term health of the pension system. They raised the retirement age and created a less-generous benefit package for new hires.

But those long-term changes did little to relieve the short-term pressure on the system. This year, the state must pay $5.1 billion toward its retirement funds. That is nearly $1 billion more than it paid a year ago. Now, more than one in seven dollars that passes through the state's main checking account goes toward pensions. The jump in payments due is larger than the increase in state revenues for the year, and more increases are on the way.

The relentless growth in the size of the payment, Quinn says, will make it almost impossible for lawmakers to find more money for top priorities, such as schools. In fact, the governor released numbers for every school district in the state detailing what cuts he says they will face if pensions are not addressed.

State workers' pensions are protected by the Illinois constitution, but there is nothing to prevent legislators from getting rid of the health benefits tomorrow, says state Representative Elaine Nekritz, a suburban Democrat. The choice gives workers a reason to drop the compound interest.

The tricky part is what to do about school teachers and employees of public universities, who account for three-quarters of the state's unfunded pension liability, even though they do not work directly for the state.

Quinn and other Democrats want school districts and universities to start covering the costs of their own workers' pensions. Currently the Chicago school district is the only one in the state that covers those costs. Republicans, who are almost entirely from outside of Chicago, fiercely oppose the shift, because they worry it will lead to higher property taxes in the suburbs and downstate.

The governor says schools would be better off financially taking on the pension costs than they would be if they lost state money that had to be redirected toward pensions.

Legislators wrestling with the pension problems today are getting hammered by payment increases dictated by a law passed in 1995. Back then, Republican majorities in both chambers wanted to shore up the pension system, whose assets had dipped to only 54 percent of the money required to meet its obligations. So they passed a plan to return the pension systems to a 90 percent funding level over 50 years.

But the 1995 plan laid out a gradual path, and for 15 years the state's payment increased only slightly. The bills started growing steeper in 2010, in the immediate aftermath of the Great Recession. Kelly Kraft, a Quinn spokeswoman, says leveling out the “ramp” must be part of a comprehensive deal to get pension payments under control.

State officials have deviated from the 1995 plan several times. For example, during former Governor Rod Blagojevich's first two years in office in 2003 and 2004, the state issued pension obligation bonds and invested the borrowed money in the market, counting its projected profits as those years' pension contributions.

Under Quinn, the state borrowed money for two years to make the pension payment. Now it has to pay those loans back, with interest, while also finding money for the ramped up payments.

Ralph Martire, executive director of the Center for Tax and Budget Accountability, a group that advocates better services for the poor, argues that worker benefits are not the root of the problem. The normal cost of providing pensions, he says, actually decreased slightly this year.

The real problem, Martire says, is that lawmakers skimped on pension payments for decades. They kept taxes low and provided more services than they could afford by depositing IOUs instead of cash into the pension funds. Now those IOUs are coming due. “In Illinois,” Martire says, “it isn't a pension crisis. It's a debt crisis.”

But it is a crisis the public is watching closely. Bellock, the suburban Republican, says she went to six weddings this summer, and at every one, people wanted to know what she was doing to fix pensions. She says she is optimistic lawmakers can get the job done, especially after they reached a bipartisan agreement on Medicaid.

“If taxpayers in Illinois see that we're serious about it,” she says, “they're willing to wait a little to get it done right.”