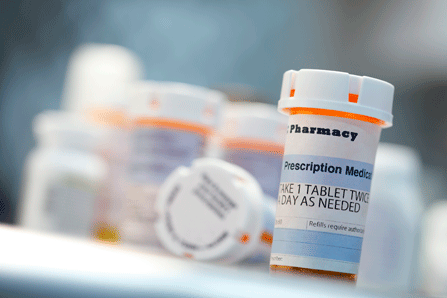 In the past two years, Illinois has done just about everything it could to reduce the amount it spends on prescription drugs for mental health. It has placed restrictions on the availability of 17 medications used to treat depression, psychosis and attention-deficit disorder. Doctors now have to explain to Medicaid why the drugs are necessary before a patient can get access to them. Then in July, as part of an effort to cut overall Medicaid spending by $1.6 billion, the state capped the number of prescriptions for Medicaid recipients to four a month, even if they previously were taking a broader cocktail of behavioral medications.

In financial terms, there is no question that it has worked. Last year, the state's Medicaid mental health drug spending budget was reduced by $112 million. The new cap on prescription drugs is expected to save another $180 million.

But what are the implications for quality of care? Some physicians argue that they are disastrous. “It's a mess,” says Dr. Daniel Yohanna, a psychiatrist at the University of Chicago Medical Center.  “People who were stable on some drugs have been unable to get them. It has created a significant problem.”

Michael Claffey, of the Illinois Department of Healthcare and Family Services, says the state is aware of the complaints from the mental health community, but adds, “we don't have unlimited funds. We need doctors to work with us…If a patient needs a drug, they will get approval.”

Medicaid is the largest funder of mental health services in the United States. In 2008, in all 50 states, Medicaid spent a total of $4.5 billion on behavioral health drugs, about a fifth of the $22.5 billion spent by the program on all pharmaceuticals combined. Roughly a third of the participants in Medicaid and the Children's Health Insurance Program experience a mental health episode annually, according to a 2010 report by the Mental Health Services Administration.

The billions spent on mental health drugs have made them a target for cost containment strategies. All but a handful of state Medicaid programs have imposed some limits on beneficiaries' access to the drugs. Oklahoma, for example, started requiring prior authorization for anti-psychotic drugs, saving the state about $11 million in 2011, according to a Medicaid spokesman. Vermont saved a smaller sum by requiring pre-authorization for one anti-psychotic drug that data suggested had been over prescribed.

States have also placed mental health medications on “preferred drug lists.” Manufacturers negotiate with states to get their drugs on those lists in exchange for giving the state a rebate. State Medicaid programs have saved an overall $10 billion a year by putting multiple classes of drugs on preferred lists, according to Vern Smith, a former Michigan Medicaid director and current managing principal at Health Management Associates.

But controversy remains over the risks of limiting mental health drugs.

The American Psychiatric Association suggests that savings achieved by states on mental health drugs have caused not only a reduction in the quality of treatment but a spike in spending on other aspects of health care. Behavioral health drugs work differently on different patients and some can cause negative side effects, such as dangerous weight gain or drowsiness. If patients can't get access to a drug that works for them, or have to try multiple drugs before finding one with few side effects, they may stop taking their medication. A patient's non-compliance can sometimes lead to hospitalization or other undesirable results.

“It has impacted quality of care, and not in a good way,” James H. Scully Jr., APA's chief executive officer and chief medical officer, says of Medicaid restrictions. “There is a preponderance of data showing that patients aren't getting access to their needed medications when they have lots of hoops to jump through. Without medically indicated drugs, people with serious mental illnesses are at significant risk for hospitalization, incarceration, suicide, emergency room visits and other complications.”

About half of Medicaid mental health patients had difficulty accessing at least one medication, and about a quarter of them then stopped taking their medications, according to a Psychiatric Services report in 2009 on physicians' experiences in 10 state Medicaid programs. Physicians reported that many patients experienced an adverse event, such as hospitalization, homelessness or even suicide because they couldn't get their drugs.  Another study, reported in the May 2008 issue of Health Affairs, showed that between 2003 and 2004, Maine's prior authorization program for atypical antipsychotics (drugs that treat serious psychoses) resulted in a 29 percent greater risk that patients suffering from schizophrenia would fail to follow their treatment protocol.

Competing studies, on the other hand, suggest that mental health drugs aren't being properly prescribed, particularly to those under 18, and that imposing restrictions can improve quality of care by requiring physicians to reconsider why they are writing a prescription. In 2010, Rutgers University's Center for Education and Research on Therapeutics published a study of Medicaid prescribing patterns for children. It concluded those who were in foster care were more likely to be prescribed a mental health drug than those who weren't. The study suggested that prescribing patterns in Medicaid “weren't optimal because there was over- and under-prescribing,” says Sheree Neese-Todd, a senior program director at the Rutgers Center for Education and Research on Mental Health Therapeutics.

In Illinois, Yohanna says he has seen examples of inappropriate prescribing of psychotropic drugs and agrees that “prior approval can help with that.” But he thinks that requiring all doctors to get approval for drugs “is just throwing a blanket on things without really dealing with the worst offenders.” He says a policy like Washington State's second opinion program would be a good idea, as well as setting up a system where there are fewer restrictions on doctors who had responsible prescribing patterns. Currently Yohanna says, it can take two to three days to get a drug approved.