New York led all states in lottery sales in fiscal year 2011 with sales of $6.76 billion, a slight decrease from its fiscal year 2010 sales of $6.78 billion, according to data compiled by Gambling Compliance. Massachusetts came in at number two with $4.42 billion in sales, the same amount it pulled in the previous year. The North Dakota Lottery, which was established in 2004, remained at the bottom of the list with $200 million in lottery ticket sales.

“Lottery sales have held up fairly robustly in recent years,” says James Kilsby, Americas Editor for Gambling Compliance. “But one of the things you see is states' needs for revenue is probably greater. At the same time, lottery gross in certain states has been leveling off a bit.” 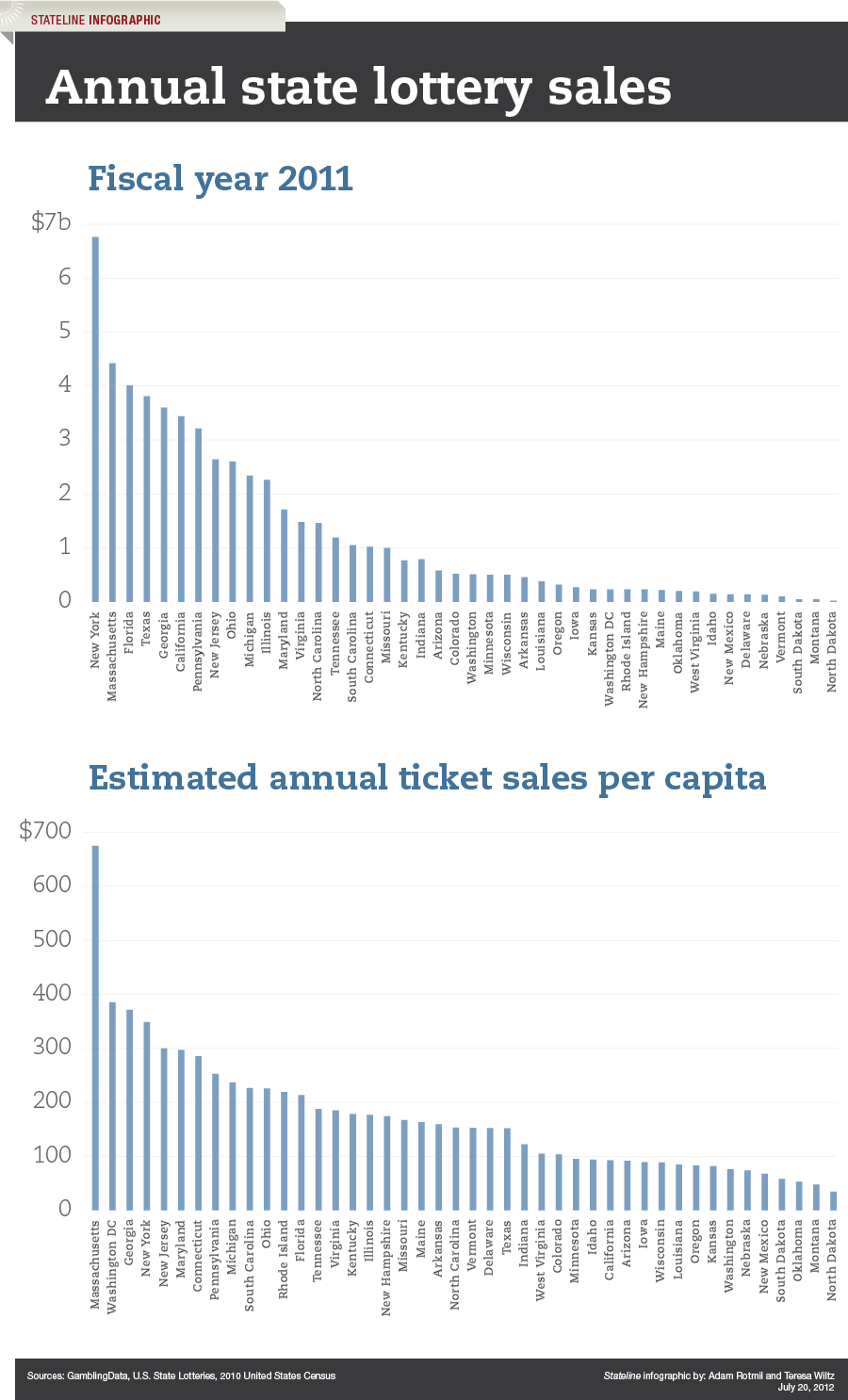