States sell general obligation bonds to investors to pay for big-ticket projects such as roads, schools, parks and other public works. Private, independent credit rating agencies, including Standard & Poor's, evaluate states' financial health to determine their ability to repay the principal and interest. They assign a rating to the bonds; the higher the grade, the lower the borrowing cost to taxpayers.

The chart below looks at S&P's state credit ratings since 2001. The agencies upgrade, downgrade, suspend or withdraw ratings depending on the condition of a state's economy and how well it is managing its finances, including its long-term liabilities such as public pensions. S&P's highest rating is AAA, or triple-A, which indicates an “extremely strong capacity to meet financial commitments.” The lowest is triple-B, indicating junk bond status.

The states with the lowest grades typically have trouble keeping their spending in line with their tax revenues. --Stephen C. Fehr 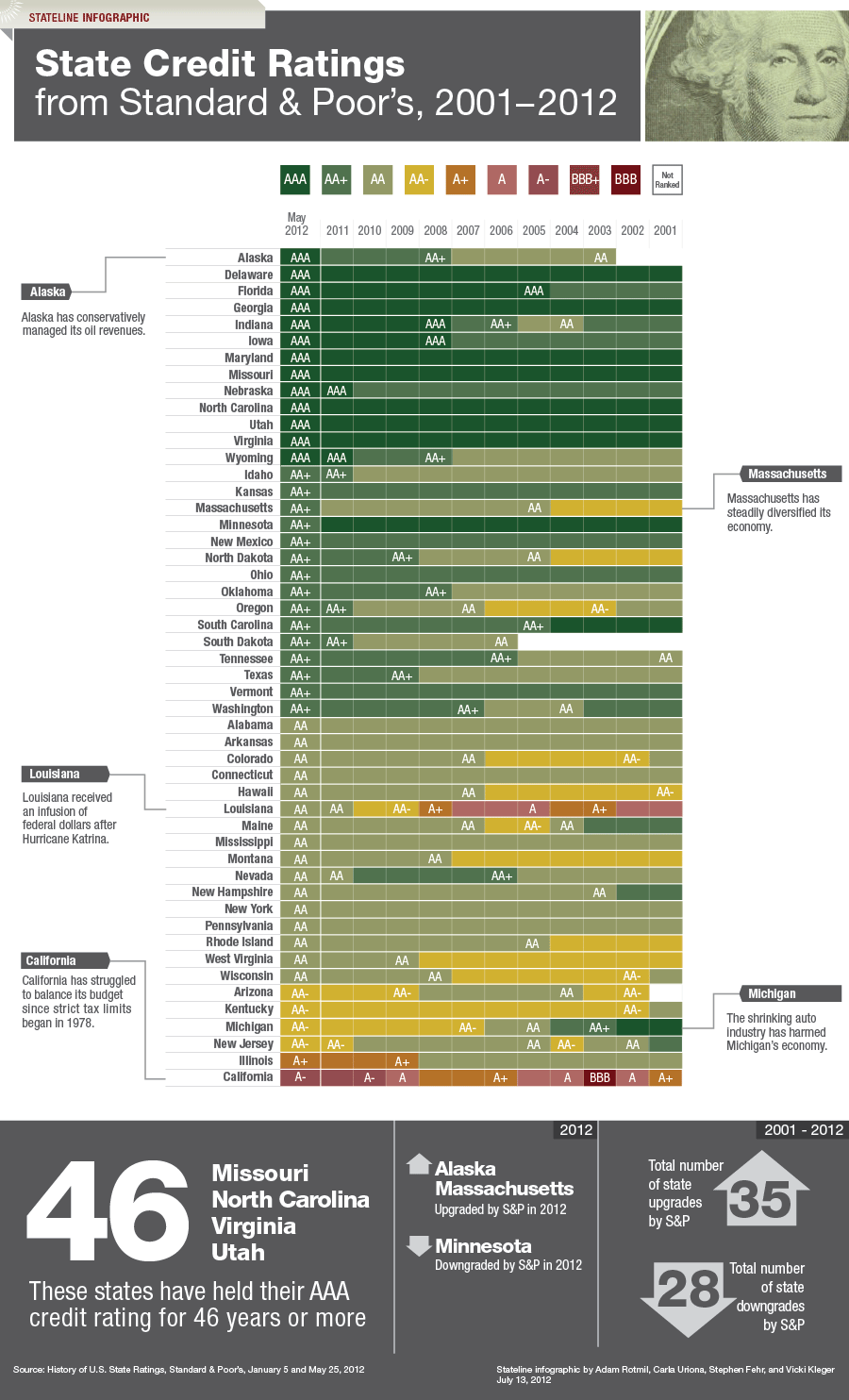