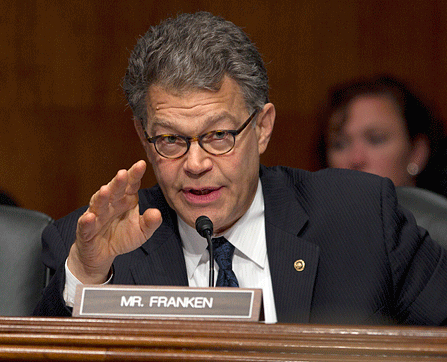 The Crawford County courthouse in Van Buren, Arkansas, was a bleak place for James Ray Palmer. Over a little more than a decade, he'd been in court for divorce, custody and bankruptcy proceedings. On September 13, 2011, he entered the small-town courthouse armed with two handguns and an assault rifle looking for Circuit Judge Gary Cottrell. The receptionist said the judge was not in his office. Palmer pulled out a gun anyway and started shooting.

Court personnel were able to call 911, using panic buttons that had recently been installed, and no one other than Palmer was killed in the attack. But because court was not in session that day and metal detectors were not in use, Palmer was able to carry his weapons into the judge's chambers unnoticed. Following the incident, the Van Buren court received money to hire three additional security officers and install a metal detector at the front door of the courthouse.

Lack of metal detectors, a shortage of law enforcement officers and other security lapses have been at the heart of at least five court shootings since September 2011, and according to research from the Center for Judicial and Executive Security, court violence is on the rise. There's been a steady increase in courthouse shootings, bombings, and arson attacks over the last 40 years — 28 incidents from 1970-79, 45 from 1980-89, 67 from 1990-99 and 88 from 2000-2009. Already in 2012, there have been five courthouse shootings across the country.

In response to the violence, U.S. Senator Al Franken of Minnesota introduced the Local Courthouse Safety Act, which would allow states to use both federal justice assistance and homeland security grant monies to provide security upgrades to their local courthouses. Franken's bill was specifically prompted by a shooting in the small northern Minnesota town of Grand Marais in December 2011. The court there had no metal detectors, just a sign saying, “no firearms permitted beyond this point.” That sign didn't stop Daniel S. Schlienz from bringing in a gun and shooting County Attorney Tim Scannell and witness Greg Thompson after being convicted of third degree criminal sexual assault. Both Scannell and Thompson recovered from their injuries.

"Under no circumstances should our local sheriffs or court personnel have to put their lives at risk to ensure that the basic acts of our judicial system get carried out," Franken said in a statement. His bill received bipartisan support and cleared the Senate Judiciary Committee last month.

At the heart of the Franken bill is the reality that many local courts don't have the money to carry out the most basic security functions. Nowhere is that more obvious than in Grays Harbor County, Washington, where the court serves a community with low property tax revenue and double-digit unemployment. When the county commission passed down more cuts to the court in the 2012 budget, the county judges sued the commissioners, charging that they were not providing adequate funding to both keep the court safe and offer constitutionally mandated court services. The county argued that its hands were tied by the poor economy and lack of funding from the state.

Just three months after the suit was filed, the judges' worst fears were realized. When Sheriff's Deputy Polly Davin confronted a suspicious man in the Grays Harbor courthouse on March 9th, he immediately started stabbing her. She reached for her gun, but the attacker grabbed it and shot her in the shoulder. Judge David Edwards attacked the shooter from behind, but he was also stabbed in the neck. Neither Davin nor Edwards suffered life-threatening injuries.

When the court reopened, the judges ordered the county sheriff to provide more security, which the county reluctantly agreed to pay for. The suit over funding has not been resolved, but the judges insist they only want to make sure the court is safe.

“If we can't provide a safe atmosphere for the citizens of this community,” Judge Edwards said after the March shooting, “then they don't truly have access to the courts.”

Washington, like many cash-strapped states, has struggled to provide funding to its courts. California will likely close dozens of rural courthouses and cut hundreds of jobs this year. Los Angeles County just announced plans to close 56 courtrooms, reduce the use of court reporters, and cut 350 staff positions by June 30.

With reduced court services come longer wait times and potentially greater frustration among litigants who are often dealing with extremely emotional issues, like divorce, bankruptcy, or child custody. In such cases, says Steve Swensen, director of the Center for Judicial and Executive Security, court officers should pay attention to how people are responding, and understand that some might react violently.

Fautsko recommends that judges hold regular meetings with the court security officers, the district attorney, the public defender and the clerk to discuss security concerns. “That doesn't cost a lot of money,” Fautsko says, “and it facilitates conversation.”

Even in a courthouse with the best security provisions, violence can still break out. In Beaumont, Texas, less than a week after the shooting in Washington State, a defendant in a sexual assault case opened fire outside the Jefferson County Courthouse, killing one bystander and injuring his own wife and daughter, who had both testified against him in the case. Securing an outside area is the next step in a court security plan, says Swensen, and attention should be paid to “incident displacement” — once the door is secured, identify where other trouble might occur.

No one is quite sure why incidents of court violence are on the rise, but state court officials all say they want to respond to them. Many had begun beefing up security before the budget cuts of the last few years made funds scarce. In 2007, after three high-profile courthouse shootings across the country, Arkansas legislators wrote into statute a recurring $250,000 appropriation for counties to invest in courthouse security systems. Those funds paid for the Van Buren courthouse panic alarm system that alerted officers to the September 2011 shooting.

But the yearly money hasn't been enough in every case, admits Pete Hollingsworth, director of security and emergency preparedness for the Arkansas Administrative Office of the Courts. “The lack of security is strictly due to lack of funds,” Hollingsworth says, “not from lack of desire to have security.”