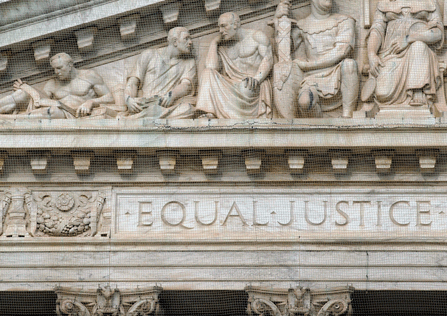 The high court's decision to uphold most of the Affordable Care Act lifts a cloud of uncertainty that has fettered many states' efforts to implement major provisions of the law—most notably, the creation of online marketplaces that allow consumers to comparison shop for health insurance.

But in declaring the health law constitutional, the justices also limited the federal government's power to compel states to expand their Medicaid programs. That is likely to change the course of the law's implementation in much of the country.

By a vote of 5 to 4, the Court upheld the so-called “individual mandate” — the most controversial part of the law—requiring nearly everyone to be covered by a health insurance policy. All other provisions of the statute were left intact, except the Medicaid expansion. That provision, challenged by 26 states and the National Federation of Independent Business as unconstitutionally “coercive” because it allowed Washington to withdraw all of a state's Medicaid funding if it failed to comply, was restricted.

The court ruled that if a state chooses not to participate in the Medicaid expansion, the federal government can withdraw only funds specifically targeted to the expansion. It cannot take away existing Medicaid funds. “Nothing in our opinion,” Chief Justice John Roberts wrote for the majority, “precludes Congress from offering funds under the Affordable Care Act to expand the availability of health care, and requiring that States accepting such funds comply with the conditions on their use. What Congress is not free to do is to penalize States that choose not to participate in that new program by taking away their existing Medicaid funding.”

“Wisconsin will not take any action to implement ObamaCare.”

Medicaid, the joint federal-state program for low-income citizens, now covers about 60 million people, mainly children, pregnant women and elderly and disabled adults. It costs states and the federal government more than $400 billion annually and is projected to grow faster than both state and federal revenues.

The Affordable Care Act's expansion would eliminate the current categories of people who are eligible for the program and offer coverage to everyone with an income at or below 138 percent of the federal poverty level ($14,484 for a single person and $29,726 for a family of four in 2010).

To be sure, states have a lot to gain by complying with the Medicaid expansion, since the federal government pays 100 percent of the costs for the first three years and tapers funding to 90 percent in 2020 and beyond.

The Congressional Budget Office estimates Washington would transfer $20 billion to states over the first 10 years of the expansion, starting in 2014. Still, some states say that covering even 10 percent of the cost of new beneficiaries could be difficult to finance given states' limited ability to raise new revenues.

In the existing Medicaid program, the federal share ranges from 50 percent to 80 percent, depending on a state's average income. The federal share of administrative costs — which are expected to swell under a Medicaid expansion — is 50 percent.

“It's a vindication of the Obama Administration's bold approach.”

Even though all 50 states currently run a Medicaid program, the 1965 federal law gave states a choice whether to participate or not. The group of 26 states suing the federal government over the Affordable Care Act argued that the ACA did not give states the same kind of choice. Under the court's ruling, states once again have a choice.

As for the health care exchanges, the debate in state capitals about whether to proceed is likely to quiet down, speculates Chris Whatley, of the Council of State Governments. “A lot of states that have been sitting on the sidelines can now be expected to jump into the exchanges,” he says.

Insurance exchanges, a primary driver of the Obama administration's health law, would allow consumers and small businesses to comparison shop for insurance plans online by establishing a minimum set of benefits that carriers would offer, with little variation other than price. As the law is written, states can either run their own exchanges or let the federal government take over.

But as states fell behind in enacting laws allowing the exchanges to move forward, the federal government offered another option — a federal-state partnership. Opponents of the health care law in some state capitals may not want to postpone efforts to create exchanges, which are scheduled for federal inspection in January 2013. Instead, Whatley predicts, most states will move full force to meet the upcoming deadline, rather than let the federal government take the lead role in reorganizing their states' insurance industry.

“We are energized by this decision and will work with Rhode Island's business community to continue to implement health reform in our state.”

Looking ahead, the Republican Governors Association has said the high court ruling “crystallizes all that's at stake in November's election. The only way to stop Barack Obama's budget-busting health care takeover is by electing a new president.” Likewise, GOP members of Congress are vowing to move swiftly to repeal the law, although there is little chance the repeal would pass the Senate, and President Obama would veto it in any case.

In the meantime, states will now have to make individual political, fiscal, and policy decisions about whether the Affordable Care Act's Medicaid expansion makes sense for them. And work on creating viable health insurance exchanges, along with other preparations for the statute's implementation, is expected to become a top priority in many state capitals.