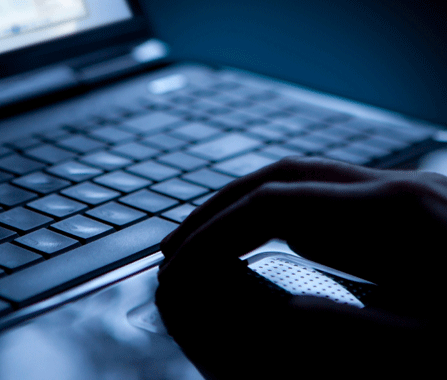 State lawmakers took aim at stalkers this session by creating more ways for victims to get protection. But questions remain about enforcement of the orders. (iStockphoto)

Last year, Florida State Senator David Simmons found himself dealing with a constituent whose family had been stalked online and in person for three years. He looked into helping them get a restraining order, but what he learned surprised him — Florida law offered no relief. To get a restraining order, a victim had to show that the stalker had actual intent to kill or harm, and even though this stalker sent hundreds of emails each day and lurked outside the family home, nothing could be done because the stalking “never rose to the threat of bodily injury or death,” as Simmons put it.

“The laws really hadn't developed [to keep up with] the problems of technology,” says Simmons. “You can send 100 emails per day and even though there's no threat against a person's life, someone can do all manner of stalking without threatening to kill or cause bodily harm.”

So this past legislative session, Simmons worked to create a civil injunction, available to victims of non-violent stalking as an intermediate step. The order tells stalkers to stay away, but doesn't impose criminal penalties unless it is violated. The injunction requires a lower evidence standard than a criminal restraining order, which Simmons hopes will make it easier for victims to obtain the order and feel safe.

All 50 states now have some form of protection for victims of stalking and sexual violence by strangers. West Virginia became the 50th this year, rewriting a law that previously granted a protection order only if the victim lived in the same home or had an intimate partner relationship to the abuser.

But cyberstalking is a slightly different story. Sixteen states still provide no specific protection for victims of those who stalk online, according to the National Conference of State Legislatures. “With stalking, people say ‘what's the big deal, it's just email or texts,'” says Rebecca Dreke, senior associate at the Stalking Resource Center, “but when you actually look at the multitude of ways that somebody can harm and hurt someone's life and the associated crimes (identity theft, reputation destruction, fraud) — this is the number one topic people ask us to talk about.” At the National Center for Victims of Crime, protection for victims of cyberstalking is the most requested law enforcement training program.

Stalking is usually defined as a pattern of behavior involving nonconsensual communication, verbal or implied threats, sending unwanted gifts, following a victim or any other consistent actions that would cause a reasonable person fear.

“People who are being stalked know what certain actions mean,” explains Margaret Drew, special adviser to the American Bar Association's commission on domestic and sexual violence. “If someone always sent you flowers the day before he'd beat you, the act of sending flowers is the threat, whereas for an ordinary person, he just sent flowers.”

According to a 2010 survey of sexual and intimate partner violence by the Centers for Disease Control, one in six women and one in 19 men have been stalked during their lifetime and more than half of the stalkers were former intimate partners. But victims often don't know how to access orders of protection, and only about 30 percent of stalking victims actually obtain them, according to research from the National Institutes of Justice. Enforcing protection orders is a problem too—it's often up to the victim to report a violation of the order.

Criminal defense lawyers complain, on the other hand, that the threshold of evidence required to obtain a stalking order can be so low as to invite misuse. Jay Rooth, a defense attorney in Orlando, Florida, worries that the new Florida law makes injunctions so easy to obtain that people will try to use them as a weapon in messy domestic disputes. “It will become even easier for Florida residents struggling with domestic issues to be drawn into additional legal entanglements,” Rooth wrote in a blog post about the law.

Simmons argues that Florida's new protection order is an intermediate step forbidding the stalking behavior while balancing the needs of victims with the concerns of misuse. The creation of a cyberstalking provision seems to have come at an appropriate time: Reports of simple stalking — the kind that doesn't involve threats of physical harm — were up 65 percent across the state from 2010 to 2011, according to the newest Florida uniform crime report. Enforcement policies for the new protection orders will be developed before the orders become available in October.

In developing enforcement guidelines for Florida's new civil order of protection, law enforcement officials will have a large menu of examples to follow. At least 19 states use GPS monitoring technology to keep track of the alleged domestic abusers or stalkers most likely to violate orders of protection. Maine Governor Paul LePage created a task force to evaluate technological tools, such as GPS monitoring, smartphone apps, or devices akin to panic buttons that can help potential victims notify police if their stalker or abuser has violated a protection order. The California Assembly has passed a bill to implement GPS monitoring of potential violators.

Enforcing an order of protection for cyberstalking might actually be easier than for physical stalking, explains Mark Winn, a retired Nashville police officer and domestic violence consultant. “We now have some really tech-savvy cops and forensic computer analysts,” Winn says, “and we understand smartphone technologies and how they work.”

Enforcement of protection orders against non-violent offenders is crucial, says the ABA's Drew, because without an enforced order, stalking often escalates to violence or even homicide. “Stalking within an intimate partner relationship is a very dangerous sign,” Drew says, “but many law enforcement officers or judges think that stranger stalking is much more dangerous, and they say that an intimate partner will ‘just get over it.' But if you look at newspaper accounts of women murdered by their partners, there is almost always some level of stalking going on.”