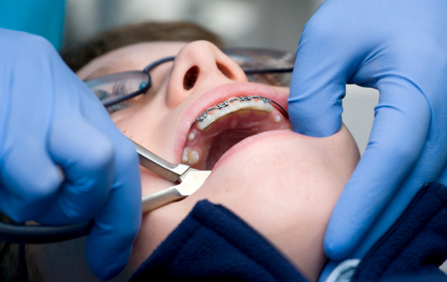 Texas had an unusually high Medicaid orthodontics bill in 2010. At $185 million, the state was reportedly spending more than the other 49 states combined. Claims data showed that it had led the nation for three consecutive years in total dollars spent to help children with crooked teeth. Or at least that's what state and federal regulators thought.

As it turns out, Texas did not have a higher percentage of children with orthodontic needs. Nor was the Medicaid program doing a better than average job of providing dental care for the poor. Instead, a handful of orthodontists were bilking Medicaid by putting braces on thousands of children who did not require them.  They were also tweaking the braces more often than recommended and keeping them on much longer than was normal.

In fact, a small number of fraudulent orthodontic practices in the Dallas area had been operating in plain sight for years. Road signs advertised “free braces,” and dental workers solicited parents in pizza parlors and parking lots outside of social service agencies. The fraudsters' offices were so crowded that parents had to wait outside.

Overall, the gambits of these few orthodontic practices proved wildly fruitful.  One firm, All Smiles Dental Center, racked up as much in Medicaid payments in one year as the entire state of Illinois spent on orthodontics for low-income children over the same period.

A Dallas-Fort Worth television station, WFAA, uncovered the massive scam last year, although federal and state agencies had already begun investigating the cases, according to Stephanie Goodman, spokeswoman for the Texas Health and Human Services Commission. Now the state is attempting to recover a portion of the lost millions and the Medicaid agency has changed some of the policies that made the fraudulent practices possible in the first place.

Crooked orthodontists are not the first health providers to prey on the state's $27 billion Medicaid program, nor will they be the last. The total amount of money lost to fraudulent orthodontics in Texas over the last three years, though estimated in the hundreds of millions, is only a portion of the money Texas Medicaid loses to waste, fraud and abuse each year, despite increasingly sophisticated efforts to prevent it.

And Texas is far from the only state plagued by unscrupulous health care providers. Nationwide, the federal government estimates it lost $22 billion of its share of Medicaid funding last year to what it calls “improper payments,” according to its payment accuracy survey. This suggests that the loss to state treasuries was also in the tens of billions.

How do flagrant violations of Medicaid procedure go unnoticed by federal and state regulators for so long?  The answers are not simple.

Medicaid is a huge, administratively complex federal-state health care program that covers 60 million low-income people and costs more than $400 billion a year. And it's been growing faster than any other item on states' budgets. No two state Medicaid programs are alike, making a single solution to the problem of waste, fraud and abuse impossible.

While only a fraction of the health care providers who participate in Medicaid knowingly break or bend the rules for financial gain, the result is a substantial fiscal drain on the federal-state program.  As fraudsters' schemes grow bigger and more elaborate, state Medicaid agencies are forced to create equally elaborate schemes to thwart them.

But the more paperwork and audits they require from doctors, dentists, pharmacists and other health care providers who serve the needy, the more Medicaid officials worry they will have trouble attracting enough providers willing to accept Medicaid's low fees.

Despite these inherent conflicts, most states are reaping healthy returns from their investments in anti-fraud efforts.  As a result, many are expanding their programs even as they cut overall Medicaid funding.

Beyond the Medicaid agencies themselves are separate state entities known as Medicaid Fraud Control Units. These groups prosecute provider fraud and recover overpayments. Relying in part on referrals from Medicaid agencies, fraud control units are earning substantial refunds for every dollar they spend.

Overall, the percentage of Medicaid income lost to waste, fraud and abuse has declined in recent years from 11 percent in 2008 to 8 percent in 2011, according to the federal payment accuracy survey.

At a congressional hearing on the Texas Medicaid fraud cases last month, the federal government's top Medicaid administrator, Cindy Mann, said one reason the excessive orthodontic payments went unnoticed was that fees for braces were combined with overall dentistry claims, not itemized separately.

In Texas, as in many other states, the Medicaid program has been striving to improve its track record in providing dental care for needy children.  So, increased spending on dental services for children looked like progress to state regulators. The numbers also seemed to make sense because the state had recently increased its reimbursement rates to attract more dentists and orthodontists to the program.

A related issue that tripped up Texas regulators was a recent change in state Medicaid rules making it easier to file claims.  Instead of requiring dental molds to be provided with all orthodontic claims, the state had begun allowing X-rays and other diagnostic documentation. Had the molds been provided, claims processors likely would have seen that numerous orthodontic diagnoses of severe malocclusion and orders for braces were incorrect.

Compounding the problem were Medicaid fee-for-service rules requiring orthodontists to charge separately for each office visit and each adjustment to a child's braces, rather than setting a flat fee for correcting crooked teeth as orthodontists typically do under private insurance plans. That left the door open for fraudulent practitioners to leave children's braces on far longer than is customary and perform too many adjustments.

Texas has since hired a managed care firm to oversee all dental services, and orthodontists are now paid a flat fee for their work. The Texas Medicaid program went back to requiring full dental molds in order to process claims, and the claims processing contractor replaced its former dental director, who allegedly had rubber-stamped every claim that came through without inspection of backup documents. In addition to the director, two orthodontists and 10 additional staff have been added to the dental unit.