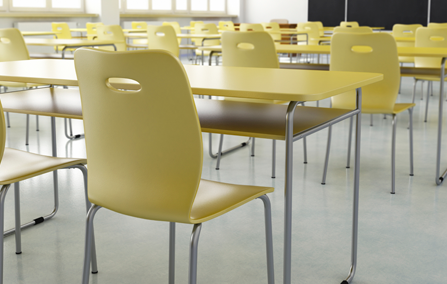 Many states, driven by budget woes, a desire to boost tourism or a determination help low-performing schools, are contemplating changes in the amount of time their students spend in class.

The issue in California, as it has been for several years, is money. Earlier this month, Governor Jerry Brown proposed an 8 percent cut in education spending that would take effect unless voters approve a November ballot initiative that includes an income tax hike on the state's wealthiest citizens and an increase in the sales tax. To cope with the 8 percent cut, school districts would be allowed to cut up to 15 days from the school calendar over the next two years.

The new reductions in the school year would come on top of previous cuts in the past several years. Schools were given the option to reduce the school day by five days starting in the fall of 2009, and then an additional 7 days during the last school year.

Opponents have criticized Brown for making education the biggest target for cuts if the ballot initiative fails. “He's holding the taxpayers hostage,” says Jennifer Kerns, a spokeswoman for the California Republican Party.

But Jill Wynns, president of the California School Boards Association, says she understands the governor's reasoning “The governor is forced to look to the services that people value most highly,” Wynns says. “I think it's the only way to get it done.”

Only about one third of schools cut the calendar in 2010, according to the California Department of Education, but Wynn thinks more will be forced to if the tax initiative, which her organization supports, doesn't pass. Wynn, who serves on the San Francisco school board, says her district plans to put its own trigger into next year's teacher contract. If the ballot initiative fails and Governor Brown's education cuts take effect, the district could cut the school calendar by nine days. She says many other districts are planning for the worst. “They feel like it's the only responsible thing to do,” she says.

The California school year is shrinking at a time when President Barack Obama and many others are touting the benefits of more instruction. The U.S. Department of Education has encouraged states and districts to extend learning time in low-performing schools through its No Child Left Behind waiver system and its multi-billion dollar School Improvement Grant program, among others.

Last month business leaders, public officials and the leaders of the nation's two largest teachers unions launched Time to Succeed, a coalition that will advocate for extended learning time. The leader of the effort is Chris Gabrieli, co-founder of the National Center on Time and Learning and founder of Massachusetts 2020, an organization that has helped schools in that state to expand the school day or year, often through private-public partnerships.

Michigan is already following the group's advice. Last year, the state created the Education Achievement System to turn around low performing schools, first in Detroit and later across the state. Under the plan, the Achievement System, a statewide district run by former Kansas City Superintendent John Covington, will directly oversee some of the schools, while others will be converted into charter schools. In the district, the school year will last for 210 days, 40 days longer than the Michigan minimum.  Students also will get more hours of instruction each day.

MiUndrae Prince, the system's assistant chancellor for instructional support and educational accountability, says its leaders looked at the calendar in other states and around the world before settling on the 210-day calendar. Prince says that 170 days “was not enough time to make a difference in the academic achievement of our students.”

The Achievement System's calendar, which includes more than 1,600 hours of instruction, will be among the longest in the country. The national average for schools with extended learning time is 1,200 hours, according to the NCLT.

However, some research suggests that the amount of time spent in schools isn't as important as how it is used. A 2009 National Academy of Education white paper suggests that expanded learning time only yields significant gains if it's accompanied by high-quality teaching. It recommends using an expanded schedule for extra-curricular activities, such as sports or music, or programs in the summer.

In some states, the concern is that a longer school calendar will harm the economy. Under Alabama's Flexible School Calendar Act, passed earlier this month, school districts in the state can't start earlier than two weeks before Labor Day and must end by Memorial Day. Supporters say it will boost tourism in the state, particularly on the Gulf Coast, and bring in up to $22 million in extra tax revenue annually.

The “flexibility” of the measure, which had the strong backing of the tourism industry, is that it allows schools to lengthen the school day as long as they stay within the prescribed dates.

Alabama Governor Robert Bentley vetoed the measure, arguing that districts should be allowed to opt out. Bentley also questioned whether it would provide the economic boost predicted by its backers.

“Tourism has seen strong numbers in the past year,” Bentley's spokesman Jeremy King said in an e-mail. “That would indicate the school calendar has not been a hindrance to strong tourism in this state.”

But Alabama lawmakers overrode Bentley's veto, making Alabama one of 13 states that mandate start or end dates, according to the Education Commission of the States.

Tourism also has been an issue in Virginia. During his State of the Commonwealth address in January, Virginia Governor Bob McDonnell urged lawmakers to rescind a requirement that schools not start before Labor Day. The majority of districts in the state have received waivers from the requirement, but an effort to repeal the so-called “Kings Dominion Law,” so named for the amusement park 25 miles north of the Virginia capital, died in a Senate committee this past session.