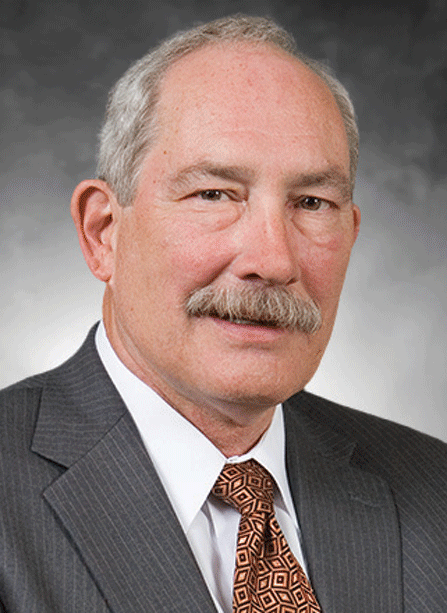 Meredith Williams, who is stepping down as Colorado's pension chief in July

Meredith Williams has headed public employee pension systems in both Colorado and Kansas. During his nearly 21 years in those jobs, he has witnessed great changes in the scope and generosity of retirement benefits offered to state workers.

In 2010, as executive director of the Colorado Public Employees' Retirement Association, Williams helped craft a bipartisan plan that aims to protect the long-term stability of that state's pension fund by reducing benefits and increasing employee contributions.  Colorado was the first state to cut benefits for current and future retirees by capping the annual cost of living increase at 2 percent instead of 3.5 percent.  A group of retired employees sued the state but lost in district court.

Williams, a University of Kansas graduate, will step down from the Colorado post in July to lead the Sacramento-based National Council on Teacher Retirement.  He agreed to answer questions from Stateline staff writer Stephen C. Fehr about the future of public pensions:

Q. Historically, public pension systems have relied on defined benefit plans. The state government and employees contribute to the plan at a fixed percentage, the retirement system manages the investments and assumes the risk, and retirees receive guaranteed monthly checks for life. But some states are changing that structure to a 401(k)-style, defined contribution plan or a hybrid that combines features of both systems. What is the future of the traditional defined benefit pension plan?

A. Every jurisdiction is unique with its own retirement plan structure and challenges.  We can no longer talk in terms of ‘plain vanilla' defined benefit or defined contribution plans. Instead, we see a blending of features to meet the unique needs of particular jurisdictions.  However, pooling of investment and longevity risk in a base-defined benefit plan remains the low cost provider of a retirement dollar.

Q. Colorado concluded that all groups—current and future workers, retirees and taxpayers—had to make sacrifices in order to stabilize the system. Do you believe that all public pension systems will have to figure out a way to include current employees and retirees in pension reform in order to keep their systems sustainable?

A. Again, every jurisdiction is unique with its own retirement plan design, funding status and legal environment. In Colorado, given the case law in place, it was clear that using a “new hire” approach alone would not lead to sustainability. As a result, the Colorado General Assembly enacted a solution while leaving the basic benefit formula intact for existing members. The adjustment to the cost of living was a cost saving approach that impacts not only current retirees, but also existing and future members of the system.

Q. In 2010, Colorado lowered its assumed rate of return on investments from 8.5 percent to 8 percent, putting it in line with most other public pension systems. But how realistic is the 8 percent rate of return given the market trends in recent years and future projections?

Q.  What would you say to people who might be dissuaded from working for the state because of reduced retirement benefits, frozen salaries, layoffs and furloughs?

A. While public service and public servants certainly are targets in the current political environment, public service remains an outlet for bright and passionate people to make a difference in the quality of life that we all enjoy. Not all satisfaction can be measured in dollars.

Q. What is the biggest untold story in public pensions today?

A. Public pensions are not the story. The real story is that Americans in general are unprepared for retirement.  They typically have no resources to support them if they should become unable to work, let alone sustain them in retirement. The 401(k) experiment is a failure.  The social service cost implication of this situation is not being acknowledged and will become a huge burden in the future.