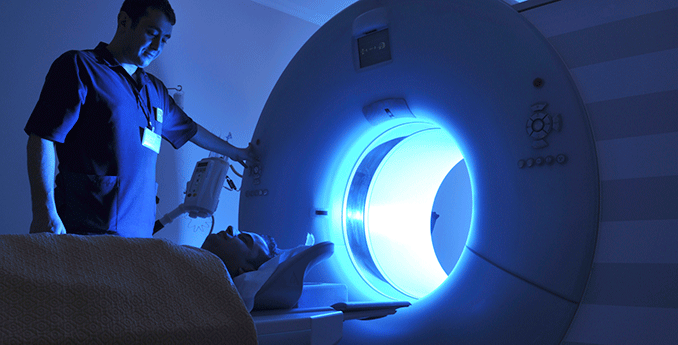 The rising cost of health care has plagued state Medicaid programs for decades, with the federal-state health plan for low-income patients now claiming more than a quarter of state budgets.

But Medicaid is not the only health plan struggling to keep up with spiraling costs.  When private and public health care spending is combined, the U.S. health care bill is bigger than that of any other industrialized nation, while the quality of care is no better.

A new study by nonprofit health researchers, the Commonwealth Fund, suggests the primary cause of the nation's skyrocketing costs are higher prices and greater access to technology, such as imaging and knee and hip replacements—not poor overall health or too many hospital admissions and doctor's visits.

According to the study, U.S. health care costs are higher than 12 other industrialized countries, while the quality of care varies widely and compares with less expensive systems.

Using data from the Organization for Economic Cooperation and Development (OECD), the study compares spending, supply and use of services, prices and quality of care in 13 countries: Australia, Canada, Denmark, France, Germany, Japan, the Netherlands, New Zealand, Norway, Sweden, Switzerland, the U.K. and the U.S.

The study calculated U.S. spending at nearly $8,000 per person in 2009—more than 17 percent of the nation's gross domestic product (GDP). In contrast, median spending for all other countries was $3,000 per person, or 10 percent of GDP. Japan spent the least: $2,800 per person.

Public spending for health care in the U.S., including Medicaid, Medicare and public employee health benefits among other expenditures, accounted for a little less than half of all health spending in 2009.  That compared to 60 percent in Switzerland and 84 percent in both Norway and the U.K.

One theory about rising U.S. health care costs is that the aging baby boomer population is placing increasing demands on the overall system. But compared to other countries in the study, the U.S. had the lowest percentage of its population over age 65. It also had one of the lowest rates of smoking, another driver of health spending.

But obesity rates, at 34 percent of the U.S. population, were higher than in any other industrialized country that collects the data. New Zealand had the second highest rate at 27 percent of the population. Japan had the lowest at 4 percent.

Another common assumption about rising health care spending is that the U.S. has a comparatively large supply of health care services and higher than average usage.  But the study showed that the U.S. supply of doctors—2.4 physicians per 100,000 people — was fewer than in all other countries except Japan. Likewise, people in the U.S. visited doctors fewer times in 2009 than in any other country except Sweden.

Japan is the clear winner in Commonwealth's international study. With even greater access to technology and higher usage of the health care system than the U.S., it has the lowest total spending.  The Japanese also enjoy the longest life expectancy in the world.

What can the U.S. learn from Japan?

In the U.S., public and private payers individually negotiate widely varying prices with health care providers, a system cloaked in secrecy and bedeviled by administrative complexity. Instead, Japan's central government operates a so-called “all payer” system that includes a national health care budget and price caps on all health care services. Maryland has operated a similar system for hospitals since 1977 and has seen costs rise slower than the national average.