Thirty-four times since 1998, states have voted on gay marriage ballot measures. Thirty-three of those times, opponents of gay marriage have won. But with polls showing support for gay marriage building in recent years, that near-perfect record of voter opposition will be seriously tested this year.

The first test this year came on Tuesday, May 8 in North Carolina, where voters approved a constitutional amendment to ban gay marriage. A similar ban is on the ballot later this year in Minnesota. In four other states, supporters of gay marriage are on the offensive. In Maryland and Washington, voters may be asked to decide whether to allow new laws permitting same-sex marriage to take effect, although neither measure has qualified for the ballot yet. And in Maine, a citizen initiative later this year would authorize gay marriage. Proponents are trying to get a similar proposal on the ballot in Ohio. 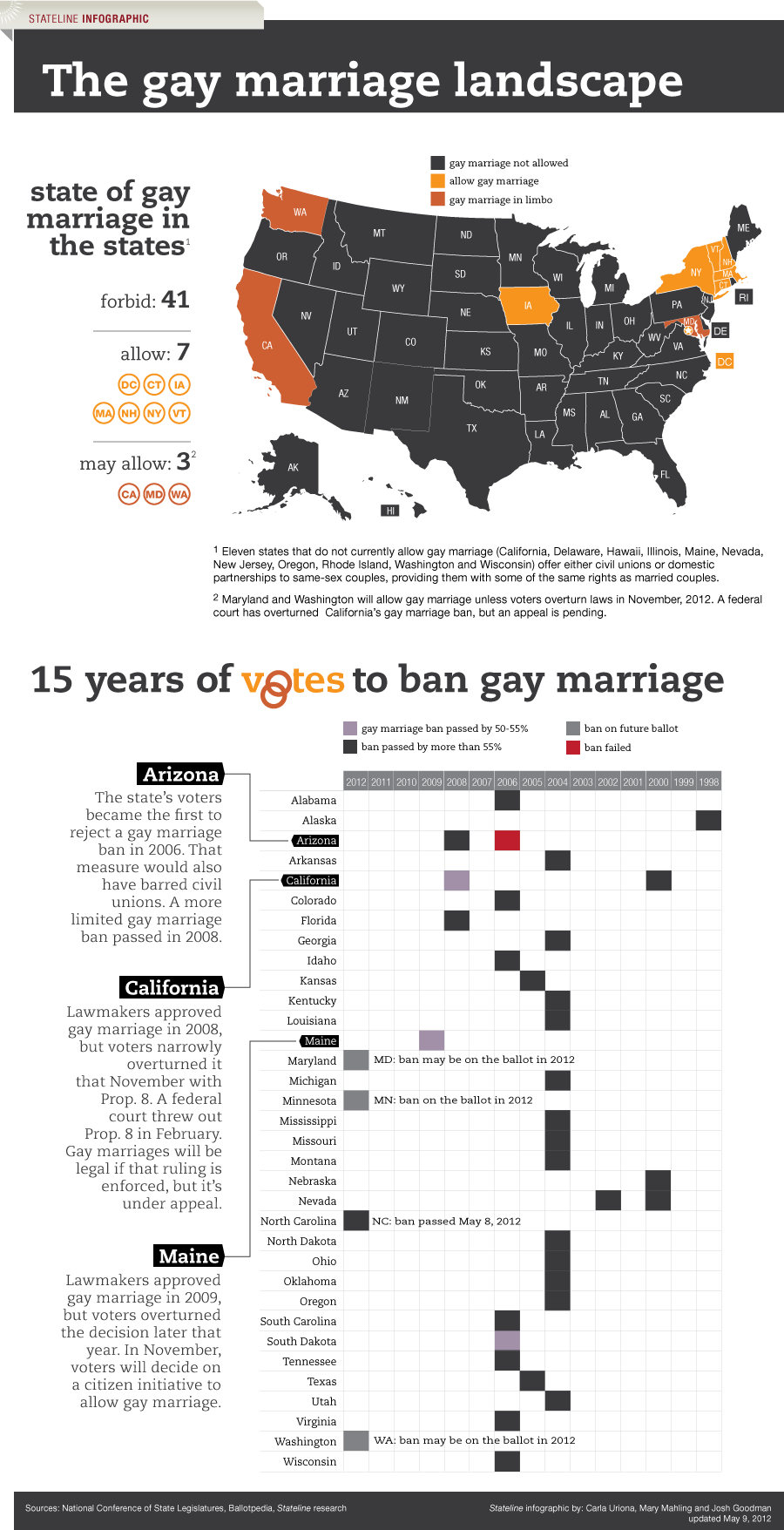 Note: This post has been updated on May 9, 2012 to reflect the results of the North Carolina election.