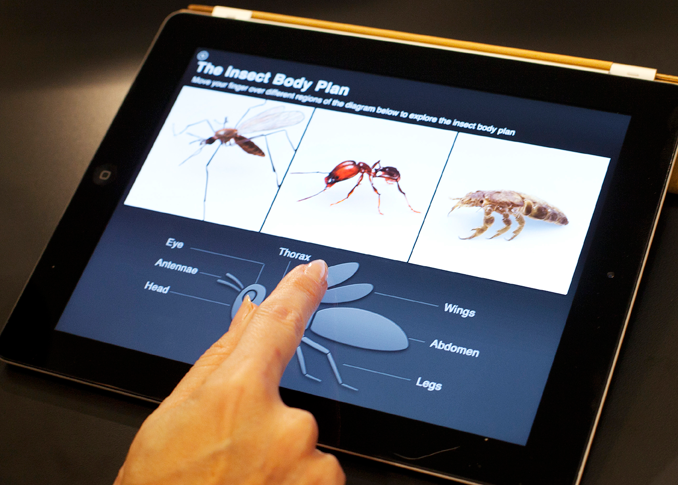 Despite enthusiasm for digital textbooks at the national level, states have been slow to get on board. But the movement is gaining strength.

Digital textbooks have gotten a lot of ink in recent months. In January, Apple attracted attention when it announced its foray into the field with the iBook, a multimedia-rich textbook for the iPad produced by the biggest educational publishers and costing less than $15. The next month Julius Genachowski, chairman of the Federal Communications Commission, unveiled the Obama administration's Digital Learning Playbook, and called for all students to use digital textbooks by 2017.

"It we want American students to be the best prepared to compete in the 21st century economy," Genachowski said, "we can't allow a majority of our students to miss out on the opportunities of digital textbooks."

For all the noise nationally, movement to digital has been slow at the state and district level. Digital textbooks still account for only a small fraction of overall textbook sales. Still, several states have enacted changes in recent years to make it easier for districts to go digital and use free material in the classroom that's available digitally.

This year, Alabama's legislature is considering a bill that would provide digital textbooks and tablet devices to all high school students, to be paid for with $100 million in bonds. The measure was approved in the House Education Policy committee at the end of February, but hasn't made it to the House floor. If it does ultimately pass, Alabama would be only the second state to require the purchase of digital content. Florida became the first last year, when it moved to require that all schools spend at least 50 percent of their annual instructional materials budget on digital content by the 2015-16 school year.

While education leaders in many states buy into the potential learning benefits of digital content, there are numerous hurdles they need to clear before they can catch up to Florida, or make meaningful progress toward the Obama administration's goal.

For a number of states, the first question is defining what constitutes a textbook. In the past few years, several states have redefined the terms "textbook" and "instructional materials" to include a wider array of options, including digital texts and material and, in some cases, actual hardware.

That's the case in Indiana, where the state's board of education issued a blanket waiver to all districts in 2009 allowing them to spend all or part of the money they previously spent on textbooks to purchase digital content or devices. That waiver became part of state law in 2011.

But allowing districts to buy digital devices and content doesn't guarantee that they will do it. In the 2010-11 school year, only 11 percent of Indiana districts actually made use of the blanket waiver, according to a survey conducted by the state Department of Education. "There's a whole lot of moving parts to replacing textbooks," says John Keller, assistant superintendent for technology in Indiana.

One of those moving parts is a quirk in Indiana law which allows districts to charge parents a "rental fee" for textbooks. Under the law, districts couldn't charge more than 25 percent of the retail cost for each textbook, with the state picking up the tab for students on free and reduced lunch. With the shift to spending on technology and other materials, schools can retain the fees they previously charged based on textbook prices. But those fees vary widely by district, meaning it's easier for some schools to buy technology with the funds than others.

The districts have gotten creative to make it work. Some banked rental money for several years after the waiver was issued to be able to make a bulk technology purchase. Others have issued capital bonds to pay for devices. One middle school opted to resurface its gym floor every other year, rather than annually — no small sacrifice in the basketball-crazed state.

Keller believes that the move to digital content will improve student learning, but that, particularly in the short term, it might not be a money-saver. The seemingly lower prices of digital content are deceptive, he says. Take the iBook. That $15 "book" is for one student's use and can't be passed on to anyone else. Print textbooks typically cost several multiples of that $15 fee, but they can be reused by students in successive years, bringing the per-use cost down. And that's before taking into account the acquisition cost of the iPad required to view iBooks.

But some digital advocates say the shift toward more technology doesn't have to mean significantly higher costs. Maine gives laptops to every middle school student in the state, at a cost of less than one percent of the state education budget, according to Jeff Mao, learning technology policy director for the state.  It's expanding to high school students as well, with the goal of providing laptops for every student in grades seven through twelve by 2013.

Mao says that schools can find cost-savings in digital textbooks if they take advantage of content that's available for free. He is one of a small but growing number of educational leaders pushing their states to use free content available online, known as open educational resources, or develop their own. He's used federal stimulus grants to pay teachers to create digital content that can be distributed for free to schools in the state. Mao stresses that tasking teachers with creating and vetting open content is intrinsically valuable, helping them sharpen their subject knowledge and craft.

Jeff Taylor, senior vice president for U.S. government relations at Pearson, the largest education publisher, says that open resources have a role in the classroom, but not a starring one.

"We as a commercial provider attempt to create a very complete product," he says. "It's very hard for that to exist in OER because of the level of investment involved."

Reuven Carlyle doesn't agree. The Washington State legislator was instrumental in creating a statewide open resource project that is building course content for the 81 most popular community colleges in the state. But he turned his attention to K-12 textbooks after he noticed his 9th grade daughter Adi reading a school textbook on world history that was more than 20 years old. "The state of Washington spends $128 million each biennium on textbooks," he says. "It is the legislature's job to be an intelligent consumer."

For Carlyle, the answer was to push for more open content. He successfully introduced legislation this session enabling the state, with an initial investment of less than $200,000 per year, to find and vet open resource material that can be used by schools. "This is an aggregation play," Carlyle says. "Ninety-nine percent of the work will be to organize, manage and distribute material that exists."

A strength of that material is that it can be customized by schools and teachers, because it is not proprietary, as commercial texts are. Carlyle points to the "FlexBooks" created by the CK-12 Foundation as an example. The foundation's philosophy is to give digital texts to teachers and let them make changes as they see fit. "We believe the textbook should be a starting point," says Ope Bukola, partner relations manager at CK-12. "The educator knows what's best."

CK-12 FlexBooks serve as the basis for the statewide open math and science texts that the state of Utah announced it will be creating in January. For Utah, the appeal of CK-12 and other open content is that it can be customized to the state's version of the national Common Core Standards.

Commercial texts, on the other hand, are tailored to meet the needs of larger states such as California and Texas, not smaller ones such as Utah, says Tiffany Hall, the state's K-12 literacy coordinator. "As a local control state that's very important to us," she says. "The [open] textbook is actually supporting what we do."

The statewide open resource program builds off a pilot initiated in 2010 by David Wiley, an education professor at Utah's Brigham Young University.

Though the material is obtained and edited digitally, Wiley says most schools so far have actually chosen to print it out for students, creating texts that look and feel like workbooks and cost about $5 to produce. So far, students in the pilot have shown test scores comparable to those of students using traditional textbooks. Wiley expects to see gains as the program continues.

"Every year teachers can get together and talk about what worked and what didn't and create a new version," he says. "Our belief is that students will learn more over time."