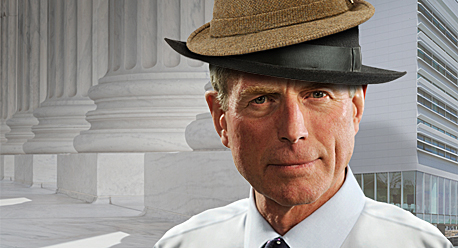 Alabama legislators don't make much money for their service, with base pay of $10 per day for most of the year and modest per diems to cover living expenses during the legislative session. But for years, many legislators could count on an additional perk: Supplemental income for themselves or their spouses from jobs in the two-year college system as instructors or administrators.

The practice has since been eliminated, and safeguards put into place to prevent future abuse, thanks to a 2006 investigation by The Birmingham News that won the Pulitzer Prize, landed some legislators behind bars, and led to a 2010 law banning legislators from most forms of public sector employment. The investigation found that a fourth of the 140 members of the legislature were financially linked to the community college system through direct employment or contracts ranging from $162,930 a year for Rep. Yvonne Kennedy for serving as a college president to $2,340 for Rep. Charles Newton for teaching history classes.

“There were laws that suggested that you shouldn't do that, but often the laws were just kind of winked at,” says Eric Johnston, president of the Southeast Law Institute. “These employments were in the nature of political favors. ‘You really don't have to work hard at this job, but when we need your help in the legislature, you'll need to be sensitive to our needs.'”

Most of the legislature tended to vote as a bloc with the Alabama Education Association on education issues, Johnston says.

At the time, many of the legislators defended the dual employment arrangement with two-year colleges, insisting that they needed to earn a living. “I'm just a small-town boy that works for a living,” Representative Ralph Howard, who was given a job at a community college just after his 2005 election, told The Birmingham News. “I'm not one of those people tied to any of those political machines or shenanigans.”

As clear-cut as the situation in Alabama may seem, the underlying question of whether state legislators should be able to hold other jobs in the public sector is not an easy one to resolve. Conflicts of interest and improper favor-granting are also possible with private sector gigs, and electing legislators with a wide range of expertise helps facilitate thoughtful policy making. State legislatures have chosen to deal with these questions in a variety of different ways.

“They need to be able to work,” says Rhode Island State Senator Elizabeth Crowley, who is sponsoring legislation that would allow classified state employees to run for public office. “You couldn't survive on a legislative salary.”

According to the National Conference of State Legislatures, 17 states do not restrict legislators from holding government jobs at the state and local level in any way, 14 states ban some but not all forms of public employment, and 9 states ban public employment completely. Two states allow legislators to keep public jobs they held prior to their elections.

An additional 8 states allow public employment as long as legislators aren't double-billing taxpayers for the same hours worked. Dual employment is a common practice in Delaware, one of the states that follows those ground rules, but recent audits have found that public employers don't always do a good enough job of record-keeping to protect against double-billing.

Anthony DeLuca, the president pro tempore of the Delaware Senate, has come under scrutiny both from fellow legislators and the federal government because of his employment at the state Department of Labor. The scrutiny has included attempts to track his entrances and exits from his two offices, and the employment arrangement became a significant issue in his reelection campaign. Federal law prohibits dual employment arrangements for positions funded through federal grants. State legislation banning dual employment was debated last year but did not pass.

Karl Kurtz, of the National Conference of State Legislatures, says that the one of the reasons the issue is so complex is that the majority of states still believe in the idea of a part-time “citizen” legislator, somebody who works like anyone else and takes time off to serve in public office. “There's value in knowledge and experience in the community that makes you a better legislator,” Kurtz says. “My own view of it is that the key issue is disclosure. If the public knows that a legislator or someone running for public office is employed by the government, then voters can make a choice.”

In New Jersey, Governor Chris Christie has brought attention to the public employment conflict issue as part of a sweeping set of ethics reforms that have yet to get much traction in the legislature. The package includes a ban on dual office holding — a common practice in New Jersey municipalities, where it is possible to be both a legislator and a mayor at the same time — and a ban on drawing two public salaries at once.

"We've been a little more tempered about that because it is a citizen legislature,” says Kevin Roberts, a spokesman for Christie. The governor has stopped short of an outright ban on dual public employment because he believes that teachers, police, firefighters and others in public service should not be precluded from holding public office as a result of their profession. Still, New Jersey legislators are in session year-round and draw a $49,000 annual salary, so the governor wants to require them to forego one salary or the other.

Johnston, of the Southeast Law Institute, believes a hard ban on public sector employment is necessary even though it forces legislators with backgrounds in public service to make hard choices, as has happened in Alabama. “The people I know that I would say are just regular people who are not trying to take advantage of the system, they gave up their public sector jobs so they could stay in the legislature,” says Johnston. “But in the long run it's better this way. You avoid the corruption that is bound to arise.”