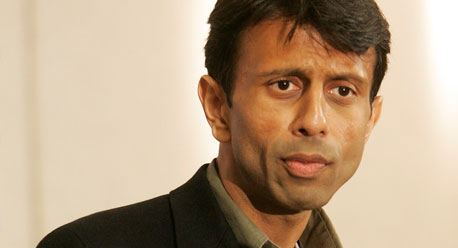 Louisiana Governor Bobby Jindal's Kodak moment came this past January, during a weekly lunch meeting of the Baton Rouge Rotary Club. The image he asked the Rotarians to envision that day was not of a special memory snapped on film but of the bankrupt Kodak company itself—a victim, he said, of its own failure to stay ahead of digital technology after 131 years as an American icon.

Louisiana's 66-year-old public pension system is facing the same predicament, the Republican governor said, with its costly model of guaranteeing retirees generous checks every month for life.   “We can either keep up with the new era or fall behind and bankrupt our current system,” Jindal, a Republican, said. “Under our current retirement plan design, we are making promises we cannot keep.”

Jindal went on that day to propose one of the most extensive restructurings of a state-run pension system anywhere in the nation. If Louisiana's Republican-led Legislature approves it, the state would scrap its defined benefit retirement plan and replace it with a so-called “cash balance” design. Such an overhaul would be rare; Nebraska is the lone state with a cash balance plan.

A cash balance plan is a cross between a 401(k)-style defined contribution plan, common in the private sector, and a defined benefit pension.  In a defined contribution plan, the employee takes on all the risk by contributing part of his salary to a retirement account, selecting the mutual funds in which to invest and taking the money with him when he retires.  In the cash balance scheme, the state retirement agency manages the investments and guarantees employees a minimum annual rate of return, which reduces the consequences of unsophisticated employees choosing poor investments. Retiring employees can opt to convert their pension account to an annuity, lump sum, rollover or combination of the three.

Jindal's proposal offers more proof that the nature of public pension reform is changing. Nearly every state has reduced pension benefits in the last three years but the cuts largely were made to existing, traditional defined benefit plans. A handful of states, which Jindal now seeks to join, have concluded that the reforms already made will not be deep enough to control rising long-term retirement costs. The best alternative, these states have concluded, is switching to a new pension system altogether.

Rhode Island, Michigan (school employees only), Utah and Virginia recently have created new plans that combine a less generous defined benefit with a 401(k)-style defined contribution account. California, Kansas and Nevada are mulling similar redesigns. Rhode Island's overhaul stirred interest nationally because it was the first state to include current employees as well as future hires. Jindal would apply the cash balance scheme to newly hired workers but has separately proposed cutting current workers' benefits by increasing employee contributions, raising the retirement age for most employees from 55 to 67, limiting annual cost of living increases and changing the formula for calculating benefits.

Jindal settled on the cash balance plan after projections showed the gap between what Louisiana is promising in retirement benefits and what the state has set aside to pay retirees has swelled to $18.5 billion.  The $2 billion a year Louisiana is spending on public pensions, Jindal said, is crowding out investment in other critical priorities.  Jindal said the state could raise taxes, ignore the problem or redesign the retirement system. “A cash balance plan addresses our key needs of reducing risk and cost to taxpayers while ensuring a secure retirement for state employees,” he said in the Baton Rouge speech.

Jindal is tailoring the new scheme especially to employees who leave their state jobs before retiring. Today's young workers are more mobile than those in past generations, moving from job to job. A portable retirement account such as a cash balance plan would allow these workers to switch employers and roll over their savings into a 401(k), IRA or other account.  “Just like Kodak's use of film, traditional defined benefit plans are no longer the norm,” Jindal said. “The reality is that many workers today are not staying in a job throughout their entire career.”

Some governors and other state lawmakers prefer substituting a purer 401(k)-style system for the defined benefit plan. Louisiana Senator Barrow Peacock, a Republican, has introduced a bill to amend the state constitution to allow a defined contribution plan.  Among other things, he said, the amendment  “would give state employees ownership of their retirement funds and allow them to move to the private sector if a better opportunity is available.”

But several state officials around the country have backed off support of defined contribution plans after learning of the high cost of starting a new plan while continuing to pay existing beneficiaries under the old retirement rules. Pension reform advocates often cite Alaska, which switched to a defined contribution plan in 2006. The 59,000 members in Alaska's old, defined benefit plan outnumber the 12,000 in the new plan and the state has failed to adequately cover the pension fund's rising liabilities. Only 61 percent of liabilities have been funded, one of the lowest percentages nationally. Analysts say pension systems should aim for an 80 percent funding ratio. Louisiana's state employee retirement system is 57.6 percent funded, leaving it in greater jeopardy than almost any state plan in the nation.

Jindal's proposal, which excludes school and law enforcement employees, is aimed at about 40,000 members of the Louisiana State Employee's Retirement System, which opposes much of what Jindal wants to do. System officials stress that they support a cash balance plan in concept but not as offered by the governor. For one thing, they said, Jindal proposes new hires could retire at 60 with full benefits but the age for current employees would be 67.

Retirement system officials say it is also unfair to exclude teachers and law enforcement officials from the proposal, noting that pension benefit cuts enacted in 2010 included them. They argue that it is misleading for Jindal to compare a state government, which is a permanent entity, to a private corporation like Kodak. They also say most of the savings Jindal claims in his proposal—such as the immediate $500 million reduction in unfunded pension liabilities—comes from benefit cuts to current workers, not from the cash balance plan. As for the portability of a cash balance plan, system officials say it would harm the state's ability to retain a stable workforce.

The chairs of the Senate and House Retirement Committees said in interviews that they believe lawmakers will approve the cash balance proposal and most of the benefit cuts for current employees, though with some tweaks. “For us, it's an easy decision,” Senator Elbert Guillory said of the cash balance plan. “Something has to be done to shore up the fiscal soundness of this system to guarantee future benefits.” Representative Kevin Pearson reported that “I'm not getting many arguments against it [cash balance]. The only alternative is to continue what we've been doing, which is consuming an ever increasing part of our budget.”

Instead of raising the retirement age to 67 for current employees, Guillory said, the Senate wants to set varying ages depending on years worked. Employees with five years or less of service could retire with full benefits at 65, for example, but employees with 25 or more years could retire at 55.

Looming over the debate is the question of whether Jindal's proposals would survive a legal challenge. Louisiana's Constitution says membership in any state retirement system is a contract between the members and the state.  Members' accrued retirement benefits, the Constitution says, “shall not be diminished or impaired.”

“The retirement benefits of current employees are part of the package of compensation they were promised when hired; any change to that package is breaking the promise made to those employees,” retirement system officials said.

Kyle Plotkin, Jindal's communications director, believes legal decisions in other states do not necessarily apply to Louisiana. “The reforms are constitutional,” he wrote in an e-mail. “The Legislature has a constitutional mandate to maintain a sustainable retirement system – an obligation which exists both to protect the retirement system and taxpayers.”