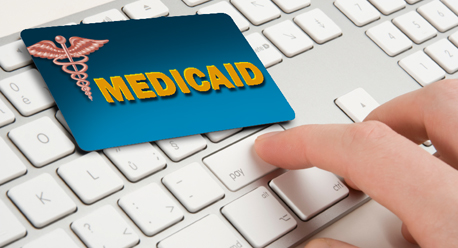 States could cut costs by millions of dollars a year if they took full advantage of a computerized matching system that can determine whether people are getting welfare, food stamps and other public assistance in more than one state at a time.

States that have used the system in recent years have collectively saved more some $400 million, according to federal figures. But here's the rub. The arrangement is still largely voluntary.

The process, called Public Assistance Reporting Information System (PARIS), is a set of computer matches that relies on Social Security numbers and other personal data. It allows states to see if individuals on their rolls for Medicaid, food stamps, welfare, childcare benefits or workers' compensation are also on the rolls in another state.

New York, for example, saved an estimated $65 million in 2011 by removing more than 12,000 people from its welfare and food stamps programs, based on PARIS matches.

With tight budgets at the state and federal levels, some members of Congress want to see to it that states use PARIS more. “How do we make sure states are fully aware … and take advantage?” U.S. Senator Tom Carper of Delaware, a former governor, asked at a hearing last month on efforts to combat waste and fraud in federal programs.

How does it work?

Under PARIS, states submit information to the federal government, which matches the records against federal databases and other state reports and then tells the states about individuals who may warrant further investigation. States still have to probe any discrepancies on their own. They can consult PARIS for free, but there's cost involved in researching the discrepancies and the program can increase workload at the state level.

Here's how it worked in a case in Ohio. A PARIS match indicated that a mother and child living in that state had received benefits at the same time from California and Nevada. Ohio's investigation revealed that the child was getting disability benefits under Supplemental Security Income mailed to a California address. Working with Nevada, Ohio then moved to prosecute the woman for fraud.

Another case involved an individual who had been on Medicaid in New York since 2010 and who was receiving food stamps in Tennessee when he applied for benefits in Oklahoma in 2011. Working with Tennessee investigators, Oklahoma also determined that the same individual was getting food stamps in Georgia. The person was disqualified from the program.

The incidents that a PARIS match can detect don't always involve deliberate fraud. Sometimes recipients simply forget to notify officials in one state when they move to another. But the duplication still costs a lot of money. Many states use managed care for Medicaid and pay a fixed amount for each person on the rolls. If a person changes residence and doesn't promptly notify authorities, the state will still be paying the same amount even if the person doesn't use that state's Medicaid card any more.

Mark Zaleha, a fraud control specialist for the Ohio Department of Job and Family Services, figures that states collectively could save up to $1.5 billion by fully using PARIS. That estimate is extrapolated from Ohio's experience, which in 2011 saved $7.6 million, and was described at a recent PARIS conference in Washington, D.C.

PARIS also can help states save money by indicating whether certain people on their Medicaid rolls could instead get health care through other federal programs, thus shifting costs to the federal government. As Stateline has reported, Washington State pioneered a program in 2003 using PARIS that has moved some 9,500 veterans from the state's Medicaid rolls to those of the U.S. Veterans Administration. Washington State has avoided paying $27 million in health care bills this way. Arizona, California and Texas are among the states that are replicating that program.

Similarly, the PARIS system can flag states to individuals who work for the federal government or the Department of Defense and might qualify to get health insurance through the federal government, rather than the state's Medicaid program. In its first year of using PARIS in this way, New Hampshire found modest savings: $162,000.

The PARIS database is far from new; it was actually launched in 1993. Its limited use over the years raises an obvious question: If the program is so great at ferreting out fraud and identifying health care payments that the federal government could be making, why aren't more states taking advantage of it? One reason is that prior to 2008, it was entirely up to the states whether they wanted to participate. Federal legislation in 2009 began requiring states to participate in PARIS at least once a year as a condition of getting Medicaid funding. But PARIS is still voluntary with respect to food stamps and welfare.

Another issue is the additional work for state employees, some of whom are already burdened by stretched workloads because of layoffs. Minnesota has seen some of its PARIS cases go unresolved because of workforce reductions in the last two years.

But PARIS is receiving renewed federal attention as a budget-cutting Congress and the Obama administration take aim to reduce the $115 billion in improper payments” the government made in 2011. Nationwide, the government figures Medicaid paid out more than $22 billion in error, and another $2.5 billion was improperly paid in food stamps.

PARIS also is getting more attention under the controversial federal health law. Regulations implementing that law mention PARIS as a tool states could use to verify applicants' financial circumstances.

States that use PARIS are among the program's biggest proponents. “It would seem unimaginable that states desiring to commit to the federal mandate to reduce improper payments … would not maximize the interstate data match that PARIS provides,” says Bill Allman, the president of the PARIS board of directors, who spearheaded the veterans program in Washington State.