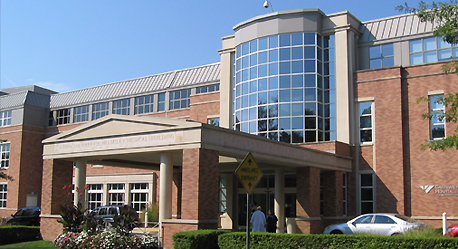 Anyone familiar with Medicaid's financial woes will tell you that the traditional way of paying health providers—the so-called fee-for-service method—is a big part of the problem. It encourages doctors and hospitals to rack up fees by ordering tests, office visits and procedures that may not always be needed.

As a result, most states are flocking to managed care plans, in which a health care organization under contract with the state agrees to a flat monthly fee for covering each Medicaid beneficiary, regardless of the actual costs. The organizations are betting that their negotiated fees will cover actual claims, plus administrative costs and a profit. Acting as gatekeepers, the groups try to avoid unnecessary or excessive procedures.

But after more than 15 years of struggling with troubled managed care arrangements, Connecticut is retreating. State officials say the system was no longer saving the state money and patients were not getting the care they need — just the opposite of what managed care organizations promise.

So to regain control of its health care programs, the state cut its ties with managed care organizations and started over. On January 1, Connecticut began directly reimbursing health care providers, while a non-profit organization provides care coordination and customer service for all of the state's Medicaid and Children's Health Insurance Program beneficiaries, plus members of a state-funded health programs for low-income adults — about 600,000 people in all.

Not only does the state expect to save money under the new arrangement, but it is adding case management services for the state's most vulnerable beneficiaries, the aged, blind and disabled, who were not covered by the old managed care plans.

Patient advocates in the state who fought hard for this change are so convinced that managed care outsourcing is a bad idea, they question why other states are pursuing it.

"I just don't understand why they think it will work," says Ellen Andrews, executive director of the Connecticut Health Policy Project, a non-profit research organization. It seems obvious, Andrews says, that the state is in the best position to provide higher quality, cheaper health care. Private companies are concerned with their immediate bottom lines and have big executive salaries and overhead to cover, she argues. States, on the other hand, tend to run lean operations and have a long-term commitment to the Medicaid program, she says.

Proponents of managed care have a different perspective. "We see Connecticut as an anomaly," says Margaret Murray, executive director of the Association for Community Affiliated Health Plans, which represents non-profit managed care groups. The vast majority of states are aggressively moving to managed care because it provides budget certainty and more flexibility than states can get running the federally regulated Medicaid program on their own, she says.

For example, says Murray, managed care organizations can pay in-demand specialists a higher fee to entice them into the network. They can also create new types of services, such as mental health counseling, when the need arises in a community. Working on their own, she points out, states would have to get federal approval to make those kinds of adjustments. In addition, many states don't have the personnel needed to coordinate patient care, develop a network of providers and efficiently process claims, she argues.

Last year, California adopted a new managed care program for seniors and adults with disabilities, a move that affected more than 380,000 people. Florida's Republican Governor Rick Scott signed a law making managed care mandatory for a majority of Medicaid beneficiaries. And New York plans to move nearly all of its 4.7 million Medicaid recipients into managed care over the next three years.

Although Connecticut's financing method of choice is a return to the past, its newly fashioned Medicaid program is cutting edge. The state has contracted with one of its former managed care organizations — the non-profit Community Health Network — to provide patient care coordination for all Medicaid beneficiaries, including intensive case management for the aged, blind and disabled. Instead of functioning as a managed care organization, Community Health now has the title of administrative service organization.

According to CEO Sylvia Kelly, the transition has been "a non-event." Three months into the contract, she reports that most providers are signing up for the new program and reports of patients losing care are minimal. "We were determined we would make this work," says Kelly, admitting that the company had to scramble to hire nearly 200 new employees and equip another office building in less than two months after they were awarded the contract. She credits their success to strong team work with the state government.

As the state takes over claims processing and full financial risk, it is also upgrading its data analysis capability and aggressively promoting so-called "patient centered medical homes" by providing grants to primary care doctors to hire case managers to keep track of their patients' care. It is also participating in a federal grant program to improve care for so-called "dual eligibles" who qualify for both Medicaid and Medicare and helping seniors move out of nursing homes and receive care in their communities.

Savings from the move away from managed care are budgeted at $41 million this year. In 2013, the move is expected to slice $80 million off the state's $4.6 billion Medicaid budget. In announcing the overhaul, Social Services Commissioner Roderick Bremby pointed out another benefit. Moving to a single administrative entity instead of the three separate managed care organizations the state contracted with before will help provide better data on patients' health outcomes.

With the new streamlined system, Bremby explained, primary care doctors will have access to more information about their patients. They'll know what prescription drugs they're taking, which specialists they're seeing and whether they've been admitted to a hospital. This will help doctors "reduce duplication, avoid errors and ensure patients follow through with their treatment plans," he said.

Armed with these new tools and some financial incentives, Connecticut hopes to quickly expand its existing medical homes program, which now includes only about 600 primary care practices.

At least 40 other states are now testing the medical home concept, which was developed in the 1960s by a group of pediatricians who wanted to improve care for children with asthma. The aim is to cut costs by providing better primary care so that fewer people have to go to the hospital.

Connecticut's decision to quit Medicaid managed care did not come easy. When the program started in 1995, the state was certain it was saving money. Welcoming all comers, Connecticut signed contracts with numerous managed care companies. Each one got 95 percent of what the state had paid for the same Medicaid population the year before. Every year thereafter, the rates were increased in line with medical inflation rates.

By 2000, several contractors had dropped out and the ones that remained began asking the state Medicaid agency for increasingly higher fees. "They had them over a barrel," says Sheldon Toubman, an attorney with New Haven Legal Assistance Association , which fought to end the managed care program. "The state argued they had to keep paying the contractors what they asked because they were saving the program money," he says. "But there was no evidence that was the case."

In 2007, the state was forced to make a decision. Advocates filed a Freedom of Information Act request demanding that all the managed care organizations turn over their reimbursement rates. When all but one organization refused, a court intervened and then-governor M. Jodi Rell, a Republican, revoked their contracts. Although the contracts were eventually resumed, Rell later signed the law that led to the current overhaul.

Meanwhile, other evidence came to light. In 2009, an audit by actuarial firm Milliman found that the state's rate increases for the managed care organizations had been higher than those found in similar Medicaid populations in other states. The audit also revealed that the firms had not been held accountable for specific care management standards designed to lower costs.

Toubman's advice to other states: Make sure managed care organizations are held to transparency rules so their performance can be evaluated.

Only one other state has moved away from managed care. In 2003, Oklahoma ended its Medicaid managed care program and replaced it with one that provides flat payments to primary care doctors to better manage their patients' care. Widely considered a success, Oklahoma's overhaul lead to a medical homes initiative in 2009.