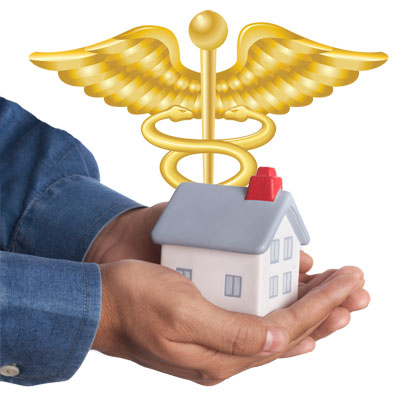 Experts disagree about the value of one of the most highly touted cost-control initiatives in state health policy. (iStockphoto)

The aim of the "medical home" concept is simple-improve primary care so fewer people need to go to the hospital. States experimenting with this nationwide movement say that when practiced by doctors serving Medicaid patients, it improves overall health conditions and saves billions of dollars in the long run.

But what about the short run? Can medical homes cut Medicaid costs? There, experts differ.

A new study published in The American Journal of Managed Care reports that only one of hundreds of peer-reviewed studies of patient-centered medical homes definitively showed real cost savings — and it did not involve a Medicaid program. This contradicts claims by medical home supporters that significant cost reductions have been achieved in the first few years of adopting the approach.

Federal health officials are so convinced medical homes save money that they've offered to pay most of the bill for states to test them. Starting in 2013, states that pursue a variant of the concept, called "health homes," will get a 90 percent federal subsidy. Instead of applying medical home techniques to all patients, health homes would specialize in those with multiple chronic conditions, including mental illness.

If you ask Dr. Allen Dobson, who has been steering North Carolina's medical homes program for more than a decade, he'll tell you that medical homes absolutely have saved the state money. "The more we invest in the program, the more it saves," he says. "It's like compound interest."

By promoting disease management, patient education, electronic record-keeping and more personalized care, medical homes are intended to improve the lives of people with chronic diseases such as diabetes and asthma and help healthy patients prevent illnesses. Overall spending is supposed to shrink because a sharper focus on individual patients leads to fewer emergency room visits, hospital readmissions, redundant and expensive tests, and major procedures such as amputations for diabetics.

A recent study by the actuarial firm Milliman claimed that North Carolina's Medicaid program saved nearly $1 billion in federal and state money between fiscal years 2007 and 2010, much of which was re-invested in the program. But Milliman's results have been called into question. One critic, disease management consultant Al Lewis, claims the research was grossly inadequate. The Journal of Managed Care analysis concluded that no study conducted by the state used adequate control groups.

After identifying 498 studies of medical homes published over the last decade, the authors of the The Journal of Managed Care analysis selected 14 evaluations of 12 medical homes, including North Carolina's. What they found was that only one study provided statistically significant evidence of cost savings, and that was limited to a high-risk group of Medicare patients in the third year, after the program had ended. A 23 percent savings on those patients managed to offset cost increases for patients that were healthier, leaving the program cost-neutral that year, according to the study.

Deborah Peikes, of the non-partisan firm of health care analysts known as Mathematica Policy Research, was the lead author of the Journal of Managed Care report. She says the study does not dispute that there is value to medical homes. "My sense is that the medical home model is really promising," Peikes says. "Some interventions have been able to reduce the number of hospitalizations and improved some health outcomes. But whether the program saves money is another question."

Peikes says medical homes that focus most of their resources on patients with complex cases, such as those described in the federal government's health home program, will likely generate the biggest measurable savings. In contrast, when you look at a full panel of patients in a primary care medical home, there aren't as many opportunities to improve care, and it's harder to measure effects.

Whatever the studies may show, medical homes are an undeniably appealing concept. Numerous studies of European health care systems show that when more emphasis is placed on primary care, health improves and overall costs go down. Medical home advocates believe they are seeing precisely the same thing in this country.

At least 41 states are now testing the medical home concept, which was developed in the 1960s by a group of pediatricians who wanted to improve care for kids with asthma. Some states, like North Carolina, have been at it for years.

Dobson says the North Carolina program has not only saved money but required little upfront investment. North Carolina was investing less than 8 percent of its Medicaid budget on primary care when the program got started. Today, despite the substantial primary care investment, the total incremental cost of the medical home program is still only 1.3 percent of the state's Medicaid budget. Mostly, Dobson says, the program has required a lot of education and collaboration.

For some patients, this new version of primary care is almost too good to be true. Doctors' offices offer same day appointments, treat patients after hours to make it easier on working people, and return patients' calls within a few hours.

For doctors, the experiment can mean more money and the satisfaction of seeing patients thrive. Instead of simply getting paid for each office visit, doctors are paid an additional monthly fee to provide better, more efficient care. And instead of handling all of their patients' needs on their own, doctors are assisted by a team of caseworkers, psychologists and specialized pharmacists.

Care coordinators don't just call patients on the phone to make sure they're all right — they visit them in their homes, in the hospitals and doctors' offices. They educate the patients and their families on how to take better care of themselves. Ultimately patients are expected to learn enough about their conditions to question whether a test or additional prescription drug is necessary.

All of this takes time and money, but supporters say the results are worth it. An added bonus has been that medical homes attract more primary care physicians to the Medicaid program and, in many cases, participating doctors provide the same kind of enhanced care to all of their patients, so the entire community benefits.

Dobson chuckles at the suggestion that medical homes are still an experiment. North Carolina began using them in 1998, focusing initially on asthma, diabetes and heart disease. The current statewide program, called Community Care of North Carolina, now covers a host of diseases and preventive care, has networks of doctors in 100 counties, and provides treatment for nearly 1 million patients, about two-thirds of the state's Medicaid population.

Last year, Community Care adopted a pregnancy medical home program aimed at providing better prenatal care with the goal of reducing the number of premature births. Looking ahead, the non-profit organization plans to launch a chronic pain initiative to curb abuse of prescription pain killers. It's also embarking on a three-year so-called "multi-payer project" in which the Medicaid program will receive federal money to expand the medical home concept to include state employees and Medicare beneficiaries as well as patients on Medicaid.