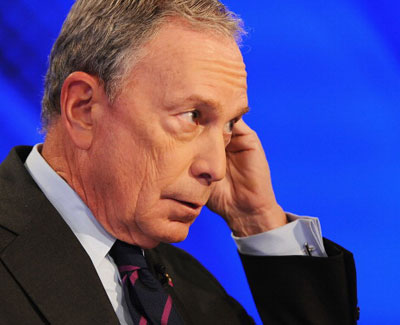 Getty Images
New York City Mayor Michael Bloomberg has proposed a radical reorganization of his city's vast pension programs. But the state legislature has to approve it.

Nearly every state has cut public pension benefits for new workers in the last three years, with an emphasis on reducing the money the states will owe to employees when they retire.

Now, some state and local governments are turning to the other significant part of pension math: increasing the investment returns of their holdings by changing the management structure of public pension plans.

Boosting pension system assets is important because about $6 of every $10 in public retirement trust funds come from investment earnings. The rest is from employee and taxpayer contributions. If pension fund managers can boost earnings, there's diminished pressure on employees and taxpayers to plug funding gaps through increased contributions.

Currently most state pension funds pour millions of dollars into private firms who manage and invest the money for a fee and a share of the profits. At one time, pension funds carried a relatively simple mixture of conventional stocks and fixed income assets, which impose lower fees. The private firms are more likely to specialize in alternative, higher risk assets such as private equity, hedge funds and real estate. The firms collect the fees regardless of how well the investments perform.

The New York state legislature may soon take up a bold plan that if approved could stir the industry. New York City Mayor Michael Bloomberg and Comptroller John Liu are attempting to increase returns by creating an independent investment management company staffed by in-house city advisers instead of depending entirely on outside help to oversee the city's five public pension funds. It would be the first overhaul  o f the city's pension investment structure in 70 years.

If New York is successful, other states and cities may follow. Some states have already made modest strides towards strengthening pension investment control. Indiana, Kentucky and New Hampshire, among others, now require trustees appointed to the state pension board to have investment experience. Indiana also consolidated its 10 separate public pension funds, in part so a single agency would oversee investments. Washington State's well-regarded investment board is mulling some structural tweaks.

But New York's proposal is wide-ranging. Currently each of the city's five defined-benefit pension plans is governed differently, with 58 directors choosing how to invest a combined $120 billion. Under the proposal, a single, smaller pension board of city officials and labor members would manage the five funds, with help from their own independent asset management company headed by a board-appointed chief investment officer. The proposed structure is an attempt to professionalize the pension system and remove politics from investment decisions as much as possible.

Some industry representatives say the New York experience proves that the current public pension investment structure is flawed. New York City spends about $400 million a year on pension consultants, and the city's plans averaged returns under 3 percent over the last decade. Mayor Bloomberg and independent analysts said the savings in fees from having in-house investment advisers overseeing the funds could boost returns as much as 2 percent a year, which would mean up to $2.4 billion that taxpayers would not have to contribute, according to the comptroller's office.

Most state pension funds assume they will earn about 8 percent a year. Measured over the 25 years that ended December 31, 2009, the median investment return was 9.25 percent. But just like those of average Americans with retirement and other investment accounts, most pension funds have not earned anywhere near 8 percent in the last decade, which included two recessions. Many state officials do not see foresee double-digit percentage market gains in the next decade; 19 public pension plans since 2008 have lowered  the assumed rate of return below 8 percent and others, including New York, are considering it.

Seeking higher returns, state pension managers have increased their allocation of assets to riskier alternative investments such as private equity and decreased the percentage of assets apportioned to stocks and bonds. The funds depend on money management firms such as the Blackstone Group to invest in alternative assets. New Jersey's pension fund announced December 8 that it was committing a larger portion — nearly $2 billion — of its assets to Blackstone.

Jim Watson, managing general partner of CMEA Capital , a venture capital firm in San Francisco, and Josh Lerner, a professor at the Harvard Business School, are trying to convince public pension fund managers to change the investment paradigm from a fee-based system to one that does more to reward performance.

Watson said too much money flows to alternative assets with high fees and administrative costs and little emphasis on performance. The funds are tied up for a decade or more with no mechanism to get out if the funds are low-performing. Instead of guaranteeing profits from management fees to private firms, Watson says, public fund officials should tie the firms' compensation to the market gains of their investment decisions.

"We must find ways to move more money into higher earning classes of investments like hedge funds and private equity, but the cost needs to be closer to the current costs of investing in public stocks and bonds," Watson said, evoking the highly successful Harvard and Yale endowment structures. CMEA is launching such a low-cost platform for alternative asset investing in 2012.

The New York plan would not go as far as the Ontario Teachers Pension Plan , Canada's largest single-professional public pension plan, which created an independent corporation with a board and professional staff to manage its funds. Ontario's returns have consistently exceeded those of other public pension plans throughout the world, averaging 10 percent a year since the program was launched in 1990.

South Carolina tried to design a version of the Ontario structure last fall but it fell apart in a political dispute. The South Carolina Retirement Investment Commission  voted to create an independent state-controlled firm to manage private equity funds for the state retirement system. By hiring its own staff of up to 60 people, officials said, the state would save about $2 billion over 10 years in management fees and other costs.

But then-Governor Mark Sanford and the state budget board rejected the plan in part because they said the independent structure lacked proper oversight by the governor and legislature, who must account for how public money is spent.

In New York, Governor Andrew Cuomo has said he generally backs the city's proposal, but it faces its own obstacles, especially the potential difficulty recruiting and retaining top-notch investment managers willing to work in an environment of budget cuts, salary freezes and pay levels lower than in the private sector.

Even if New York State lawmakers approve the restructuring, officials say the city still needs to address its pension liabilities through deeper benefit cuts. Says Bloomberg: "While these reforms should make a big difference in the management of city pension assets, we still desperately need pension benefit reforms to significantly reduce the pension costs that are siphoning dollars away from city services."