There are nearly half a million fewer state and local employees now than there were three years ago, according to the U.S. Bureau of Labor Statistics. An annual employment survey conducted by the U.S. Census Bureau gives an indication of where some of those cuts were made. There were nearly 9,000 fewer firefighters and police officers in March 2010 than two years earlier, according to the Census survey, and more than 16,000 fewer state and local hospital employees. Those reductions are fairly unusual. This marks only the second recession since 1973 that has seen a reduction in state and local employees , according to the Rockefeller Institute of Government. "What we are seeing is a diminution of some very important services," says Robert Ward, the institute's deputy director. "And I suspect that we will see a lot more of that." 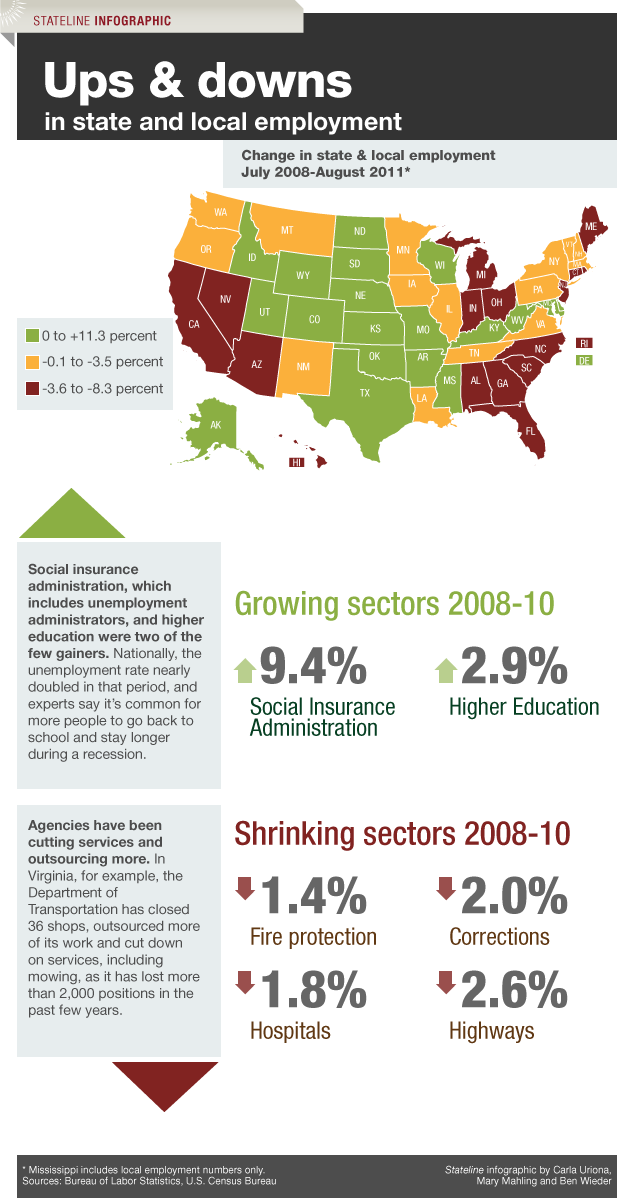