In fiscal terms, this has been the year local governments have feared ever since the Great Recession began — the year states voted for drastic cutbacks in the aid they provide to cities, counties and townships. Many of these local governments already had begun reductions several years ago; the loss of state money has forced many of them into making some of the cuts they least wanted to make: to schools, health care, social services, parks and recreation, and even police and fire protection.

Back to story "As states cut aid, localities learn to do less with less" 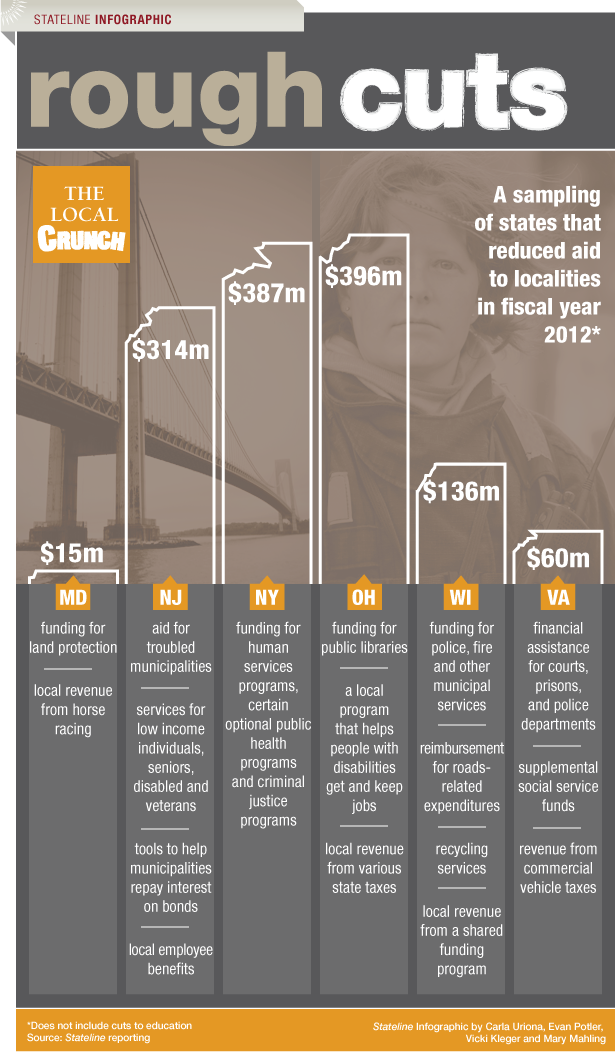