Last week's news that the national unemployment rate had ticked up to 9.2 percent came with sobering data on state government employment. States had shed 7,000 jobs in a month, bringing overall state employment to its lowest level since 2006.  While it remains unclear how much further state employment will decline, history suggests that these downward spells are temporary.  During the three recessions prior to the one that began at the end of 2007, the number of state employees flattened out or declined slightly in the trough of the recession period, only to begin rising again shortly afterward. Signs from the recent Great Recession point to a more significant decline, but it remains to be seen whether there will be an upward bounce once the economy begins a more robust recovery. 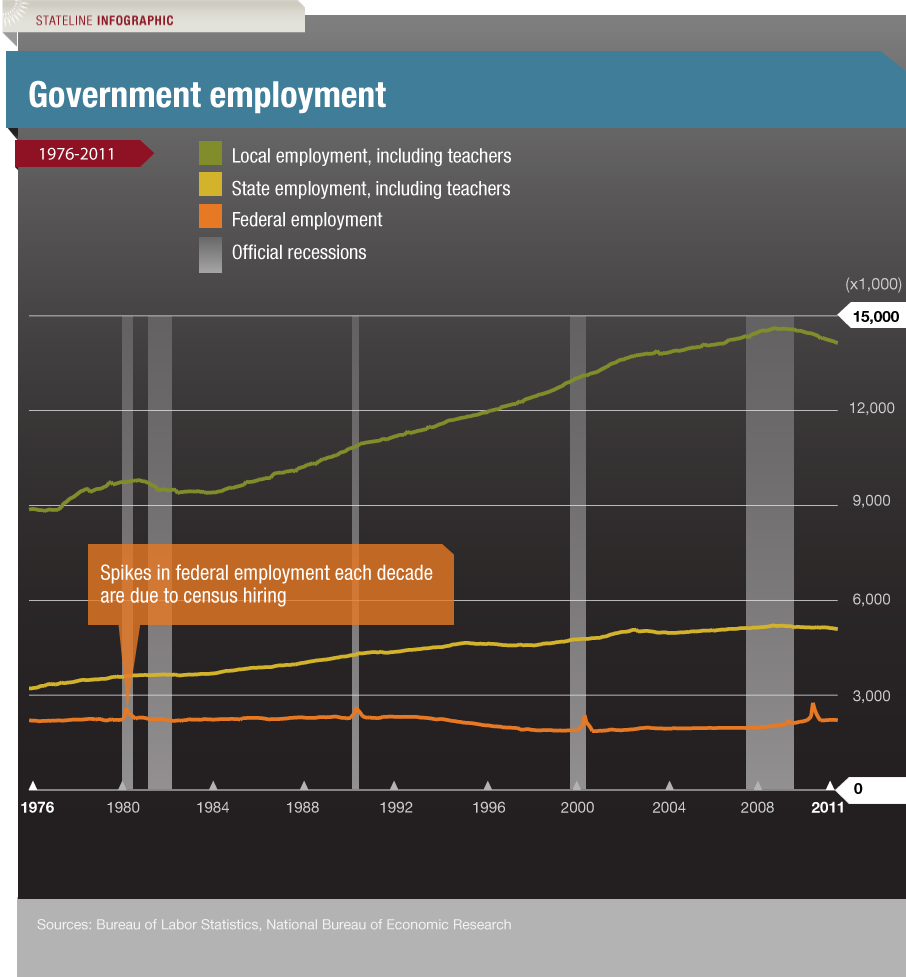