Nearly 23 percent of U.S. homeowners were "underwater" in the first quarter of 2011, meaning that they owed more on their home mortgage than their property was worth. That's the latest data from CoreLogic, a research firm headquartered in California. The greatest challenges lie in states such as Nevada, Arizona and Florida, states that experienced the housing boom's highest peaks and the bust's lowest troughs — although CoreLogic notes that the situation has improved slightly in those states. The problem is particularly prevalent among homeowners who took out home equity loans, in which the value of a borrower's home is used as collateral. Some 38 percent of these borrowers were underwater, compared to only 18 percent of those with only one loan. 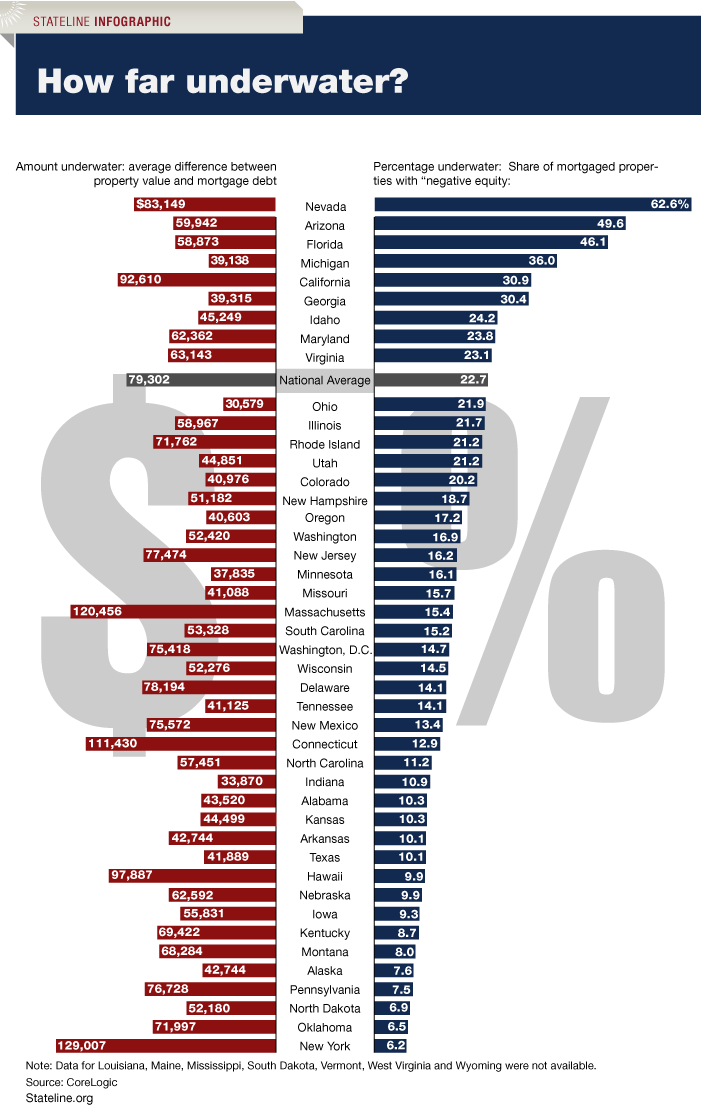