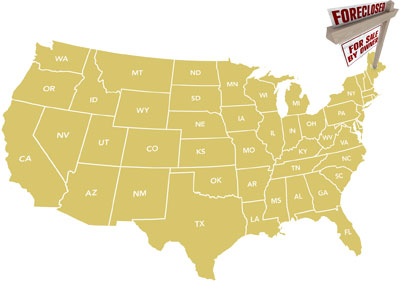 If you were looking for a state to be the epicenter of the current foreclosure fiasco, you might pick Nevada or Arizona, places where mortgage foreclosures have come in enormous waves. You certainly wouldn't pick Maine, where the number has been comparatively small.

But it was in Maine where Jeffrey Stephan was caught signing 400 foreclosure affidavits per day without reading or verifying the information in them, and Maine where GMAC Mortgage, Stephan's employer, lost a state court case as a result. It was after the decision came down in that case that some of the biggest banks announced voluntary foreclosure freezes, and bank regulators and every attorney general in the country began investigating the practice of "robosigning, " the processing of foreclosures without sufficient documentation to back it up.

There's an irony in this. The scandal spread from Maine not because that state has a lax system for monitoring foreclosures — it came because Maine has a relatively strict one. It requires every foreclosure to go through a judicial process. "Somebody at some point was able to notice that the documents that the servicers were sending into the courts were phony," says Geoffry Walsh, an attorney at the National Consumer Law Center . "It's much, much worse in the non-judicial states where most people in America live, where courts don't even look at any papers."

Actually, there are 23 states where foreclosures are handled through the state court system, including Maine, which adheres to old-fashioned processes that emphasize the rights of the property owner and due process at the expense of speed. That system, rooted in New England's traditional legal culture, conflicts with the accelerated, depersonalized practices that the large national banks put into place as they were overwhelmed by an unprecedented volume of foreclosures and requests for loan modifications.

Maine's foreclosure laws were overhauled in 2009, but the impact of those changes was to add protections for homeowners — and more complexity to the process — rather than streamline it to coincide with national banking practices. Maine augmented its documentation requirements for lenders and servicers and created a mediation program that requires a lender to meet with the homeowner and a mediator prior to foreclosure.

In the wake of the Maine fiasco, state foreclosure practices around the country are likely to grow more complicated, not simpler. Currently, state policies aimed at protecting homeowners vary enormously, from requirements that lenders merely notify the borrower to mandatory mediation programs accompanied by careful documentation.

"States don't want to get in the way of the home-buying process, but they do want to have some back-stops and rules in there to make sure that the process is done correctly and that consumers are being protected," says Heather Morton, who analyzes mortgage and foreclosure legislation for the National Conference of State Legislatures. "The legislators are trying to balance those needs. "

Too much red tape?

Some in the banking industry worry that there's a risk of adding in too much red tape — and potentially delaying the resale of houses and the housing recovery nationwide. "It adds a lot of time and cost to the foreclosure process to go after information and documentation that is already apparent," says Fritz Conway, a lobbyist with the Connecticut Bankers Association. "I'm not sure the extra time and effort is really on anybody's side."

A number of states that don't use a judicial process, including California, Maryland, Massachusetts, Michigan and Oregon, have passed laws requiring lenders to certify that they contacted the borrower — and in some cases, considered alternatives to foreclosure — within a certain timeframe prior to foreclosing. But consumer advocates worry that such certification requirements are as likely to be signed by robosigners as the affidavits were.

Nevada, which has the highest foreclosure rate in the country, launched a mediation program in 2009 that is administered by the state's Supreme Court. Supreme Court Justice James Hardesty says that the program has helped improve outcomes for both borrowers and lenders in many cases, but has also presented a host of challenges. The Court was given only 30 days following the bill's signing to get the program up and running, for example, and a typical caseload of 2,000 mediation requests per month has been a burden on a system that had had limited interaction with foreclosure cases in the past.

Washington State has traditionally had one of the more lenient systems. It uses unlicensed "foreclosure trustees" who are paid by the number of cases they handle. Many think this is a recipe for cutting corners. In 2009, the state passed a law requiring these trustees to include additional information in default notices, including contact numbers for the owner of the loan and the company that is acting as the servicer.

"The absence of these details, which we've been finding in many cases, makes it much harder for homeowners to contact the current owners of the mortgages, " says Washington Attorney General Rob McKenna. Additionally, McKenna is concerned that a law requiring trustees to inform homeowners of their right to mediation is not being followed. "They should have those full opportunities, and they're not even being told about them, " McKenna says.

The changes Maine made in 2009 have clarified some aspects of the foreclosure process, significantly demystifying it for homeowners. The state Bureau of Consumer Credit Protection now receives notification from lenders who send a default notice to a homeowner, triggering an intervention process that often results in loan modifications. The Office responds the same day with detailed information about the foreclosure and mediation process and gives the borrower a hotline to call when problems come up. Any sort of response from borrowers — even a simple handwritten note indicating that they don't want to lose their home — automatically enrolls them in a mediation program.

The result has prevented many homeowners from shoving default notice papers under the bed and failing to deal with the situation until it's too late, says Will Lund, superintendent of the Bureau. "The lenders are unhappy because it does delay the process by a little bit, but consumers are telling us that in many cases it's the first they have heard from lenders who have the authority to actually make a decision."

Still, implementation of Maine's program has been far from perfect. Some mediations have dragged on unnecessarily, or suffered from inadequate cooperation from banks or mortgage servicers. A provision requiring that the person attending the mediation on behalf of the lender be authorized to take action has proved to be especially problematic, sometimes dragging the process out. "Rarely does the person seem to actually have the authority to modify any loans," says Chet Randall, a foreclosure defense attorney at Pine Tree Legal Assistance , the nonprofit group that represented the homeowner in the original robosigning case.

Maine state Representative Sharon Treat, the sponsor of the 2009 legislation, says she's proud of what the mediation program has accomplished but is evaluating additional ways to improve the foreclosure process. "There appear to be a number of issues of bad faith," she says.

The Not-So-Dependable Sales Tax D.C. Hacking Raises Questions About Future of Online Voting
About Stateline
Stateline’s team of veteran journalists provides daily reporting and analysis on trends in state policy.
Learn More
Media Contact
Jeremy Ratner
Director, Communications
202.540.6507
Sign Up
Sign up for our daily update—original reporting on state policy, plus the day's five top reads from around the Web.