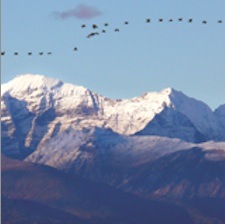 In 2005, the North Slope Borough (NSB) and Alaska Inter-Tribal Council (AITC) began to work on integrating HIA into the federal environmental impact statement (EIS) process for oil and gas and mining projects. After considerable discussion and negotiation between the tribes and federal agency representatives, the NSB and AITC conducted HIAs for three different oil- and gas-leasing decisions, through collaboration with the federal agencies leading the EISs. As an outgrowth of this work, a widening circle of state, federal, and tribal agencies became engaged in HIA. In 2008, a workshop on HIA was held in Anchorage and included experts from five federal regulatory agencies, the CDC, state and local governments, regional health corporations, the Alaska Native Tribal Health Consortium, and national and international HIA experts. Conference attendees established a working group that developed a toolkit to provide technical guidance for Alaska-specific HIA practice.[i] Working group participants also identified a clear need for one agency to maintain and update the HIA toolkit, respond to public feedback, and to lead ongoing efforts to develop Alaska’s capacity for HIA. In response to this need and with support from partners, the Alaska Department of Health and Social Services (DHSS) established an HIA Program in July 2010 and now participates as a member of the state’s multi-agency large project permit team. [ii] The program now conducts HIAs for all large natural resource development projects in the state. [iii]

How does the Alaska HIA Program work?

The National Environmental Policy Act (NEPA) requires an EIS for large projects that have a potential for significant environmental effects. At or before the start of an EIS, the federal agency in charge of the study contacts DHSS for an opinion regarding the need for and appropriate scope of the HIA. DHSS responds with a recommendation, and the HIA is built into the work plan for the EIS. DHSS works with a contractor to develop a “stand-alone” HIA. The federal agency or the contractor preparing the EIS then integrates relevant sections of the HIA into the EIS. In certain situations, DHSS may conduct HIAs on projects that do not require an EIS, if the health concerns appear to warrant a robust consideration of health effects.

How is the HIA Program funded?

Funding for the state’s HIA program comes primarily from the state and federal permit fee structure. State permits require baseline environmental studies which are paid for by the permit applicant; when baseline health studies are required, the funding for these may be built into the state permit fee structure. Funding is used in two ways: one stream provides project-specific funds to the state program to facilitate and oversee the HIA process and the other stream supports HIA contractors who perform data-gathering activities and document production. Environmental impact statements for large projects are paid for by the company applying for a permit, but the study is controlled by the lead federal agency and the applicant is not permitted to review or comment on the results until the formal public comment period. The costs of the HIA recommended by DHSS are built into the costs of the EIS.