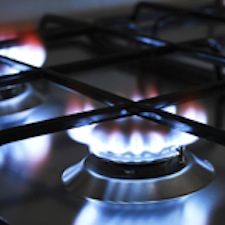 Hurricane Katrina had immediate and lasting impacts on the health and safety of Gulf Coast residents. Months after the hurricane made landfall and thousands of miles away, Boston pediatricians realized it was also affecting their patients—through the rising cost of energy for heat. With winter closing in and energy prices skyrocketing as a result of the storm’s impact on oil production in the Gulf of Mexico, low-income families faced more than an economic strain: rising heating costs were putting the health of their children at risk.

Recognizing the potential importance of this problem, a team of pediatricians and other researchers decided to conduct an HIA, or a study that sizes up both the benefits and risks of a public policy and then finds solutions aimed at keeping people healthy. The assessment found that many families in Massachusetts were struggling to pay for rapidly rising energy bills, and that low-income families were being forced to make difficult and sometimes dangerous choices between heat, food and paying for medical care. The report helped bring these unexpected findings to the attention of policy makers, in Massachusetts and nationally. Highlights of the HIA’s findings include:

To fix some of these problems and prevent risks to about 400,000 children living in low-income families in Massachusetts, the HIA recommended that the state increase funding of the LIHEAP program. The report also suggested that utility commissions track and report impending energy shut-offs for families that are falling behind in their utility bills—in the hopes of fixing the problem with an emergency release of funds.

The study helped policy makers see the less-than-obvious connection between an energy program and children’s health. In turn, the Massachusetts State Auditor realized these health problems could have tremendous fiscal costs and had the potential to increase Medicaid expenditures. After realizing the full value of the program, decision makers increased funding. In addition, this assessment is already acting as a model for other states faced with the same health risks related to the high cost of home energy. For example, advocates in nearby Rhode Island used the Boston HIA as part of a successful campaign to get increased LIHEAP funding, which will keep thousands of children in that state warm—and healthy.