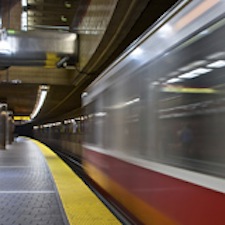 The MBTA released its two scenarios, which would have increased fares by between 35 percent and 43 percent and would have led to service reductions affecting 34 million to 64 million trips each year. The transit authority then held a series of public hearings to gather responses to the plans.

The analysis showed that the proposed changes to MBTA fares and services would carry significant health and financial costs, resulting in avoidable loss of life and hundreds of millions of dollars per year in lost time, fuel burned, and preventable hospitalizations and accidents. Implementing either proposal would result in cost shifting—between $272 million and $387 million per year in additional health costs for the region—that far exceeded the $161 million budget shortfall that the proposed changes sought to address.

The planning council’s HIA identified the T, as the transit system is known, as a health resource and provided evidence for transportation funding advocates and legislators that the proposed changes would carry significant human and financial costs. Ultimately, the MBTA closed its budget deficit with a third scenario, which raised fares less and had fewer service reductions than the first two scenarios, relying on additional sources of revenue from the state.

“In conducting the health impact assessment of the MBTA, we learned that the T provides a valuable public benefit beyond just moving people from point A to point B,” said Eric Bourassa, MAPC transportation director. “Our study quantified the health and associated financial costs of cutting service or raising fares so high that ridership would decrease. In the end, our assessment made it clear that the MBTA is in fact a public health resource.”

For more information on this HIA, visit MAPC's website.