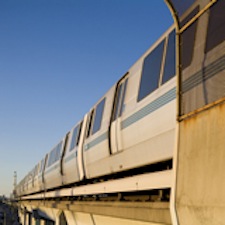 The corridor under the elevated train tracks between Oakland and Hayward, California was both dangerous and uninviting, with no open space or landscaping. The communities it passed through included underserved neighborhoods with little access to good recreational facilities. The people that lived there had high rates of diseases like diabetes, obesity and asthma.

A proposal in the works to build a walking/biking trail under the elevated Bay Area Rapid Transit (BART) train tracks, called the East Bay Greenway project, might help to better serve these communities. By creating open green space, it would be easier and safer for residents to get out and move, filling a critical need in the struggle against rising diabetes and obesity rates. Urban Ecology, the nonprofit lead developer of the project, thought a health impact assessment (HIA) of the land-use plan could help the local community, build support for the project and raise funds for construction.

The assessment, conducted by the nonprofit public health organization Human Impact Partners, studied the plan to build a greenway with amenities like parks that would run under the train tracks for 12 miles from East Oakland to Hayward. Like other HIAs, it identified health concerns and benefits, and then issued practical recommendations to make these neighborhoods as healthy as possible.

These studies can be used to evaluate plans in sectors that do not normally consider health factors, like land use, transportation or development projects. In this case, the HIA informed land-use planners about the impact on 15 different indicators of health, including physical activity, open space, motor vehicle use and safety. This report found the proposal could lead to a number of benefits, including:

As the East Bay Greenway plan moved forward, the HIA offered recommendations that planners could use to maximize the already strong health benefits. One of the challenges facing the project’s planners was how to design the greenway to encourage people to take advantage of it. To that end, the report made a series of specific suggestions for measures that would connect the Greenway with existing bike or walking paths to create an inter-connected grid that would make it easier for people to use to walk or cycle on daily errands or trips to school and work.

The HIA also found that the main potential barrier to the community’s use of the Greenway—was concern about safety. The assessment suggested that planners take steps to make the final Greenway safer by ensuring there is proper lighting, using other design methods that ensure safety and creating a citizen watch group to patrol the trail. This would ensure that people in the neighborhoods could get out and interact socially, an activity that has been shown to reduce stress and improve well-being.

Community involvement not only steered the scope of the report—which strengthened the recommendations—but gave the HIA more gravitas with decision makers. In the end, the report’s recommendations were incorporated into the plans submitted to the city and were instrumental in the project receiving funding from the Alameda County Transportation Improvement Authority to complete an environmental impact assessment, which was required for the permitting process. The Greenway later received the 2009 Focused Issue Planning Award from the American Planning Association’s California Northern Section, and the planners agreed that the HIA was key to receiving the award.