Philadelphia Municipal Court is often the first or only place where people encounter the city’s court system. In 2018, 90,948 cases were filed in the civil division. Court administrators have always sought to make it easy for litigants to handle their cases without an attorney, an option that is much more difficult in Philadelphia’s Court of Common Pleas, which handles felony cases and civil claims typically in excess of $10,000.

In mid-March, the municipal court closed in-person operations as directed by the state Supreme Court in response to the worsening COVID-19 pandemic. In-person filings and small claims trials resumed in early July, while landlord-tenant case hearings and evictions are scheduled to start again in early September.

The Pew Charitable Trusts’ Philadelphia research and policy initiative has undertaken research describing the workings of the municipal court, particularly its civil division, and its impact on the lives of city residents. As part of this effort, Pew recently spoke with Judge Bradley K. Moss, supervising judge of the civil division, about how the pandemic has affected court proceedings, the expanded use of virtual technologies, and the plan to safely reopen and maintain operations.

Q: What was the impact of COVID-19 on the municipal court and how did you respond?

The criminal division also continued to handle proceedings, but with greater use of virtual technologies. Those cases generally involved reviewing defendants’ bail and custody status.

Philadelphia Municipal Court is a high-volume court. Between March 17 and May 29, the civil division had scheduled 5,307 small claims cases (3,823 involving consumer debt), 1,869 landlord-tenant cases, and 3,492 code enforcement cases from the city.

We quickly started using video conference technology to address some of the backlog. To start, we offered this option to litigants in about 70 small claims cases where both sides had attorneys, and successfully resolved the 10 that opted in. In June, we conducted virtual settlement conferences in all small claims and landlord-tenant cases in which all parties had legal representation. We also sent notices about the ongoing eviction moratorium to people facing eviction and notified other litigants with open cases about court delays and how things would be different when we reopened.

Q: What went into planning for reopening the courts in July?

A: The civil division started working on reopening plans shortly after March 16, consulting with administrative managers and lawyers who often appear in court. We publicly released the plan in May via the court’s website, by email to a listserv for those doing business with the court, and with the Philadelphia Bar Association’s assistance. By releasing it early, the court could make modifications based on feedback. Two key areas of planning were to make sure the court schedule helped to reduce the number of people coming in person and that we could ensure that the building itself was safe.

The court later consulted with experts from the Hospital of the University of Pennsylvania, who reviewed the plan, visited the court, and found its implementation to be excellent.

Bringing litigants and attorneys back for in-person hearings has not been possible in all types of cases. Civil division courtrooms cannot safely handle the volume of code enforcement and consumer purchase small claims cases. We continue to look for larger spaces that can.

For landlord-tenant and other small claims cases, we reconfigured courtrooms and mediation rooms. Previously, we generally had a morning and afternoon list, typically made up of dozens of scheduled cases for each courtroom. Everyone would arrive in the morning, we would get them out by lunch, and then do it again in the afternoon. Now, in three courtrooms, we only have five or six cases scheduled every 45 minutes. A fourth courtroom is used primarily for overflow as needed.

We limit elevator use to two people at a time and enforce social distancing with markers in the lobby and throughout the court. We also improved air flow in the building. Litigants who are sick or otherwise unable to attend a hearing can request a video or telephonic proceeding or continuance by contacting the court, in writing via fax or email pursuant to court rules, as far in advance as possible.

The court has also provided for more case filings to be done electronically by litigants with and without attorneys to reduce the number of people who must come to the building. We continue to provide in-person support to unrepresented litigants needing assistance with a filing or navigating the court process, but they must make appointments to minimize crowding.

To date, the court’s plan has worked well and without incident. Litigants and attorneys are having their cases resolved without needing to wait in court. The system also has benefited from greater use of technology.

Q: What challenges do you anticipate with the new court procedures in place?

A: One challenge is changing the culture of how people interact with the court. Oftentimes lawyers or litigants would arrive unprepared and either get ready for the case in court that day or request a continuance. Safety concerns do not permit the court to be that flexible anymore. When a hearing is scheduled, parties need to be on time and ready.

Another challenge is the reduced volume of cases that we can hear under the new arrangements. We all know the phrase: “Justice delayed is justice denied.” If the court gets too far behind in resolving cases, we will need to think about making changes so cases are resolved more promptly.

Q: What practices or resources implemented in response to COVID-19 will become permanent?

A: We did not have video conferencing in the civil division before COVID-19, and it is now permanent in all courtrooms. One challenge is how to use technology fairly. In cases where both sides are represented by an attorney and there are no access issues, I am comfortable holding virtual hearings. But many people, particularly unrepresented litigants, cannot access or comfortably use the technology needed for virtual hearings. The court currently offers video conferencing as an accommodation but has not mandated it for litigants not represented by an attorney.

During June, we held virtual settlement conferences before hearings in an effort to avoid the need to come to court. They were very successful but make the most sense when each party has legal representation. Unfortunately, we usually do not know if defendants will be represented before coming to court. We are considering giving litigants the option, if both parties have attorneys, of contacting the court ahead of time to schedule a virtual settlement conference.

Q. Any additional recommendations for those who will need to use court services in the coming weeks and months?

A. Be on time and be prepared. It is better to be 15 minutes early than 15 seconds late. It will take a little longer to get where you’re going because of limited elevator usage, room capacity, and screenings.

We need to do all of this safely and have shown that we can. For everyone’s safety, please remember to wear a face covering. People will not be let into the court building without one.

A. The civil division’s website contains resources, locations, phone numbers, and other important information. As supervising judge, I have an open-door policy. I can’t talk about specific cases, but I can discuss court procedure, as well as any questions or suggestions.

State courts across the nation continue to issue emergency orders aimed at modifying, suspending, and sometimes creating rules and procedures that ensure continuation of critical court business amid the Coronavirus pandemic.

Amid COVID-19, Procedural Changes in the Courts, Americans’ Need for Legal Information Surge

Amid COVID-19, Procedural Changes in the Courts, Americans’ Need for Legal Information Surge

The coronavirus pandemic has caused a significant economic downturn in the U.S. as businesses closed and communities sheltered in place under state and local stay-at-home orders. 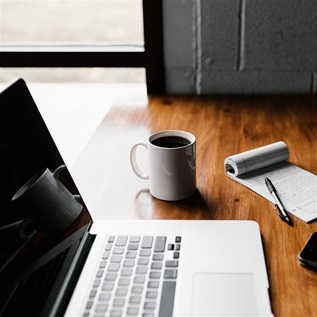 August 26, 2020 State Courts Seek Resources for Operations During the Pandemic