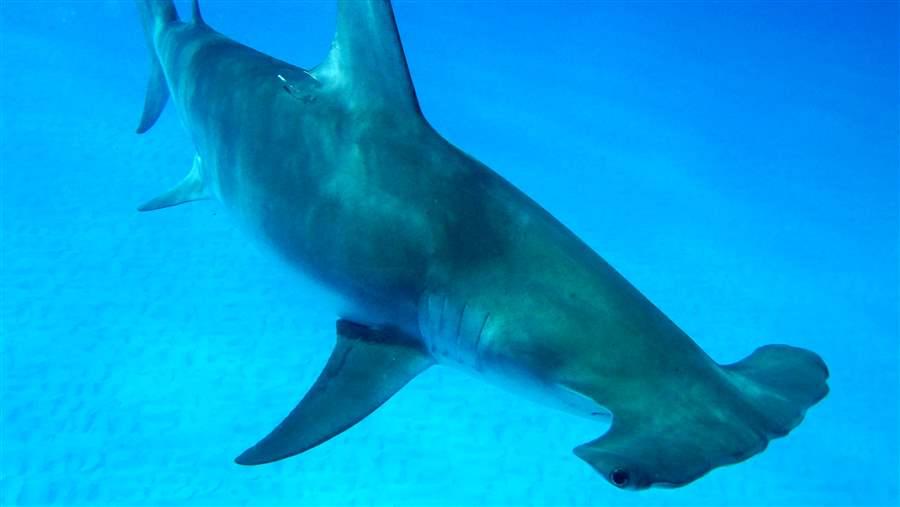 Illegal trade of three species of hammerhead sharks protected through CITES will now carry penalties in Hong Kong of up to $1.3 million and 10 years in prison.

In the marine conservation community, Hong Kong has long been known as a bad actor—the center of the global trade in shark fins and a bustling market for a huge range of illegal wildlife products. Hong Kong’s Legislative Council took a step in January toward shedding that image by adopting stiffer penalties for illicit trade in endangered sharks and rays.

By a 49-4 vote, the council passed an amendment that raises maximum fines and prison sentences for those convicted of illegally selling or buying products derived from any species listed under Appendix II of the Convention on International Trade in Endangered Species of Wild Fauna and Flora (CITES)—including three species of thresher sharks, oceanic whitetip sharks, three hammerhead shark species, manta and mobula rays, and 11 other shark and ray species. Trade in Appendix II-listed animals is allowed only if shown to be legal and sustainable. 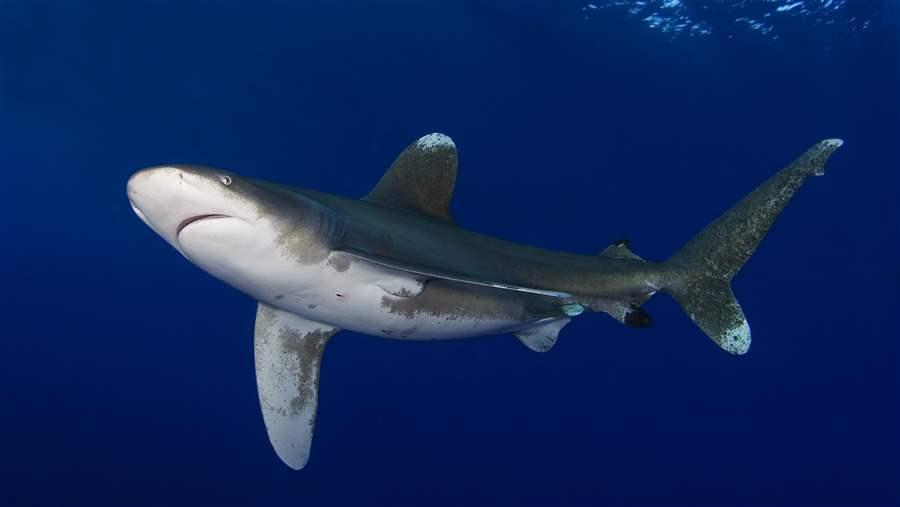 Oceanic whitetip sharks were listed on CITES Appendix II in 2013.

The Protection of Endangered Species of Animals and Plants (Amendment) Bill 2017, which passed Jan. 31, raises the maximum sentence for illegally trading CITES-listed species from two years to 10 years, and increases maximum fines from $6,400 ($HK50,000) to $1.3 million (HK$10 million). At least 63 million and as many as 273 million sharks are killed every year, many solely for their fins, which are used primarily to make shark fin soup. Sharks are vital actors in the marine food web, with a growing body of research showing alarming imbalance in ecosystems where shark populations have declined. 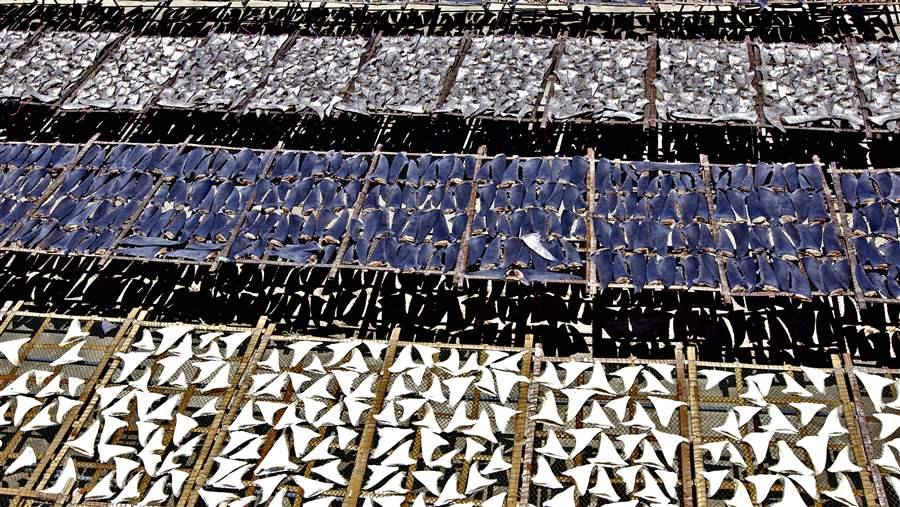 Drying shark fins on rooftops is not an uncommon sight, when 60 percent of all imports come through ports in Hong Kong.

While Hong Kong still has some work to do—an estimated 50 percent of the global shark fin trade passes through the city’s ports—adopting the amendment is laudable. For the past four years, The Pew Charitable Trusts has been working closely with Hong Kong’s Agriculture, Fisheries, and Conservation Department (AFCD) to coordinate workshops on how to identify fins and how to best implement CITES listings. As a result, AFCD enforcement agents have greatly improved enforcement and, since 2014, have confiscated over 4 metric tons of fins.

Pew encourages the Hong Kong government to keep the pressure up on those seeking to profit from illegal trade in sharks, rays, and other wildlife.