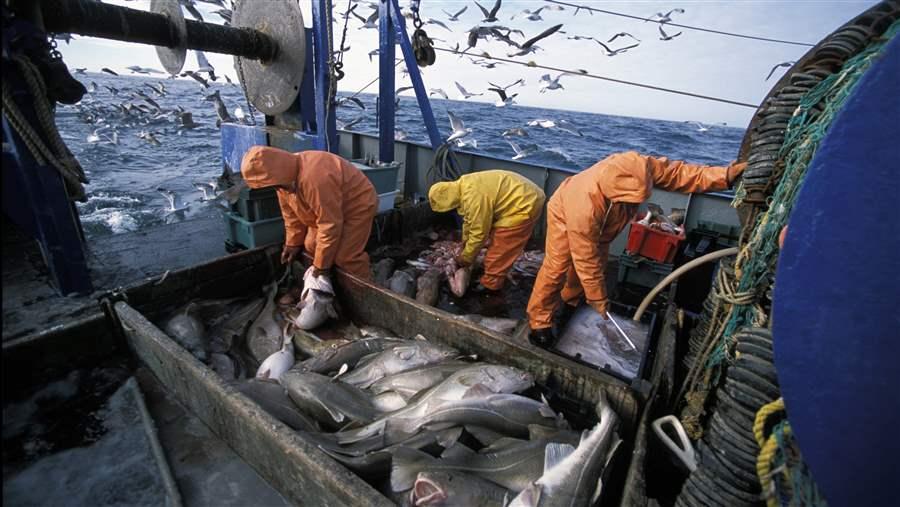 Proposed changes to the nation’s key fishing law would hurt rebuilding efforts for populations like Atlantic cod that continue to struggle.

American fisheries have come a long way since decades of overfishing left our waters heavily depleted. Now, two bills pending in Congress would undermine that progress, hurting our country’s fisheries and all who depend on them, including fishermen.

Even after members of Congress from both parties worked together in 1976 to pass the nation’s primary ocean fishing law, the Magnuson-Stevens Fishery Conservation and Management Act (MSA), U.S. marine waters suffered from chronic overfishing in the 1980s and 1990s. But lawmakers recognized problems with the law and took strides to fix them with overwhelmingly bipartisan reauthorizations of the act in 1996 and 2006. The MSA now includes requirements to prevent overfishing using annual catch limits, rebuild depleted fish populations, and promote science-based decision-making, all of which have recently bolstered the U.S. reputation as a world leader in marine fishery management.

On Dec. 13, the House Committee on Natural Resources will take up two bills that threaten America’s fisheries: H.R. 200, a measure to reauthorize the MSA; and H.R. 3588, which is specific to Gulf of Mexico red snapper management.

Both bills represent an approach that would return the U.S. to the days when overfishing and depleted fish populations were chronic problems. The changes would hurt American fisheries and fishermen by weakening the conservation provisions that are leading to more stable fishing businesses and healthier fish populations. In recent weeks, more than 900 scientists, fishermen, business leaders, organizations, and others have registered their opposition to any changes in the MSA that would weaken the law. 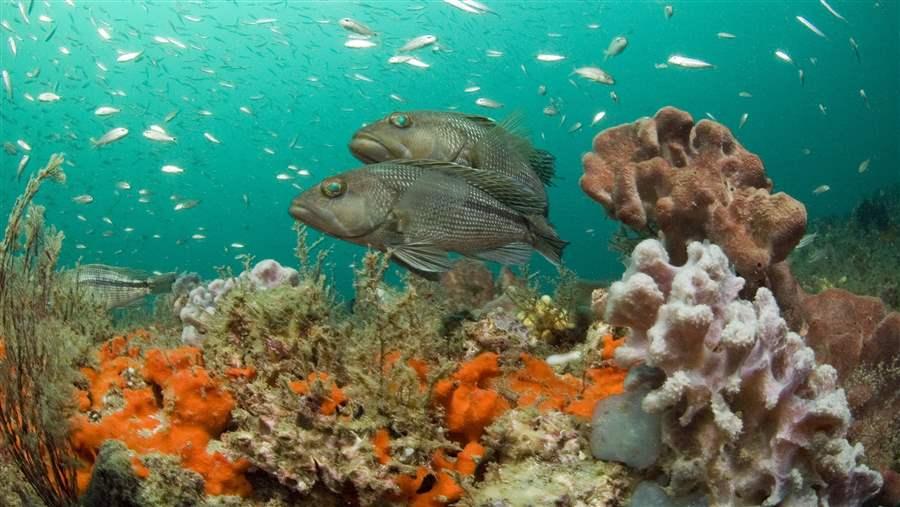 After decades of overfishing, black sea bass along the Atlantic coast are recovering due to strong fishery management policies.

With 43 once-overfished populations rebuilt since 2000 and historic low numbers of assessed populations subject to overfishing, it’s clear that the MSA is benefitting commercial and recreational fishermen, charter boat captains, chefs, seafood lovers, and coastal communities throughout the country. At a September hearing before a House Natural Resources subcommittee, Chris Oliver, assistant administrator of the National Oceanic and Atmospheric Administration’s National Marine Fisheries Service (NOAA Fisheries) highlighted the act’s “outstanding success” in ending overfishing and “rebuilding fish stocks across the board,” a sentiment echoed by other witnesses during a series of MSA hearings this year.

But U.S. fish populations still face significant challenges, including continued vulnerability to overfishing, destruction of essential habitats, and changing ocean conditions—factors that highlight a need to strengthen, not weaken, the MSA. In 2016, NOAA Fisheries classified 16 percent of assessed U.S. populations as overfished. In addition, today’s regional fishery managers face critical, often complex decisions, including how to manage fish populations that are shifting their range in search of cooler waters, conserve forage fish to benefit existing fisheries and other marine life that depend on them, and prudently increase opportunities for fishermen to catch species that are steadily rebuilding but not yet recovered.

There’s much at stake with these two bills. As several members of the House Natural Resources Committee and witnesses said at the September hearing on U.S. fishery management, America shouldn’t turn its back on a system that helped restore the nation’s fisheries after decades in which fishermen took all they could from our ocean.

H.R. 200 threatens years of progress in rebuilding the nation’s fisheries

Instead of addressing the problems, H.R. 200 would undermine the core conservation provisions of the Magnuson-Stevens Act&mdash;requirements to prevent overfishing and rebuild depleted fish stocks&mdash;while compromising the health and stability of U.S. fish populations and threatening the livelihoods of millions of Americans.

U.S. Has Made Progress in Restoring Ocean Fish

Magnuson-Stevens Act is helping dozens of fish populations recover from overfishing, but more is needed

The Magnuson-Stevens Fishery Conservation and Management Act is the primary law that governs U.S. fisheries in federal ocean waters. Enacted in 1976 and strengthened by Congress in 1996 and 2006, the act has led to considerable improvements in the health of marine fish populations and has benefited coastal communities across the country.