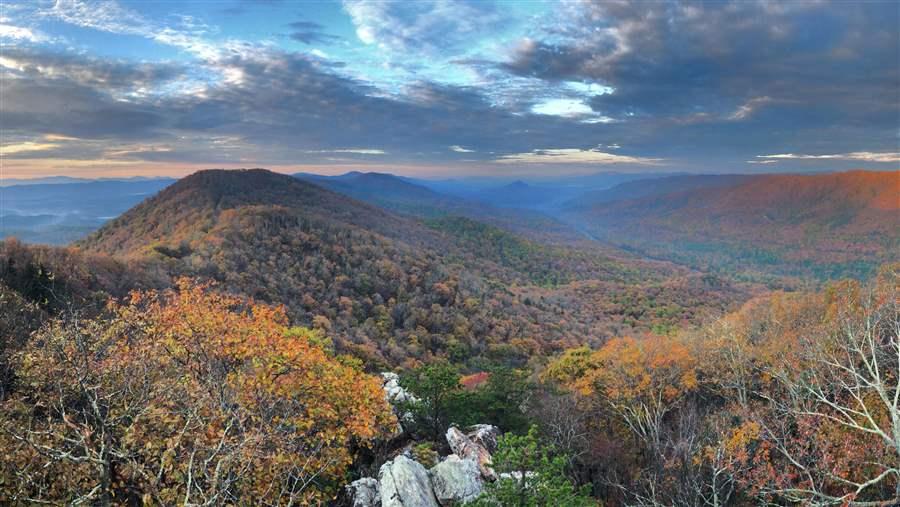 The Virginia Wilderness Act of 2017 would safeguard wildlife habitat, clean drinking water, and outdoor recreation opportunities for generations to come.

In the rugged Appalachian Mountains of Virginia, some 200 miles southwest of Washington, D.C., two wilderness areas—Rich Hole and Rough Mountain—safeguard some of the wildest terrain in the state. The crags, hollows, and knobs of these areas conceal a teeming forest ecosystem that includes cold-water streams, fossilized seashells, and an array of wildlife.

Since their creation in 1988, these two wildernesses have been separated by miles of the Pads Creek Valley, which is not protected as wilderness. But that may be about to change. On Oct. 17, Virginia Senators Tim Kaine and Mark Warner, both Democrats, introduced the Virginia Wilderness Additions Act of 2017, which would more closely connect Rich Hole and Rough Mountain through a roughly 5,500-acre expansion—permanently safeguarding a larger landscape for the wildlife there and the many people who enjoy this region’s outdoor recreation.

Both areas are within the George Washington National Forest, which means they are public land, but they are still at risk for logging and other kinds of development. Wilderness designation would provide additional protection and keep these areas in their natural state in perpetuity.

The legislation would add 4,575 acres to Rich Hole’s existing 6,450 acres. The addition would include part of the Pads Creek Valley and would preserve mountain ridges, old-growth trees, and cold-water streams. The terrain is prime habitat for bears, deer, raccoons, and other wildlife. The elevation ranges from the Cowpasture River, at 1,200 feet, to the 3,300-foot peak of Mill Mountain. Streams meander through the mountains, feeding this lush landscape. 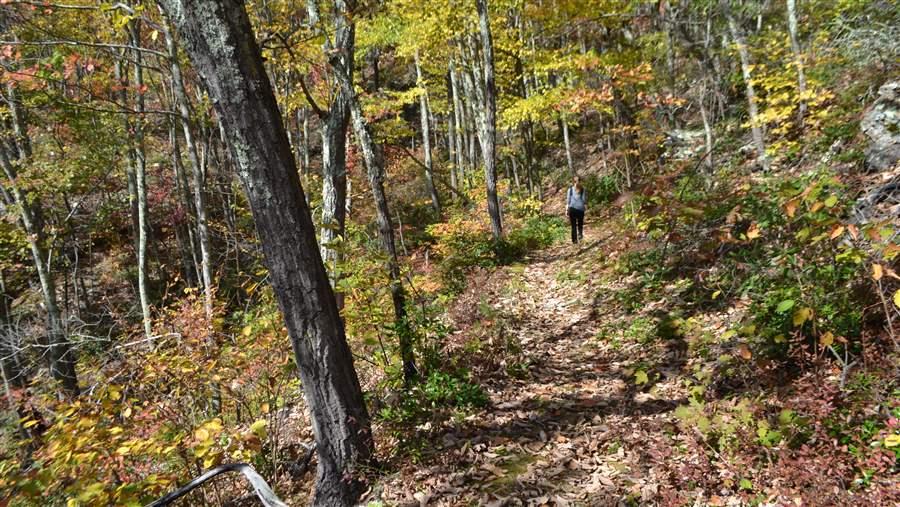 A hiker takes in the fall colors on a trail in the Rich Hole Wilderness Area.

Under the proposal from Sens. Kaine and Warner, the Rough Mountain Wilderness would gain 1,027 acres on its northern end, expanding this picturesque area to 10,327 acres. The addition would encompass the Big Hollow watershed, a narrow canyon containing small tributaries, including what would be the only year-round stream in Rough Mountain. 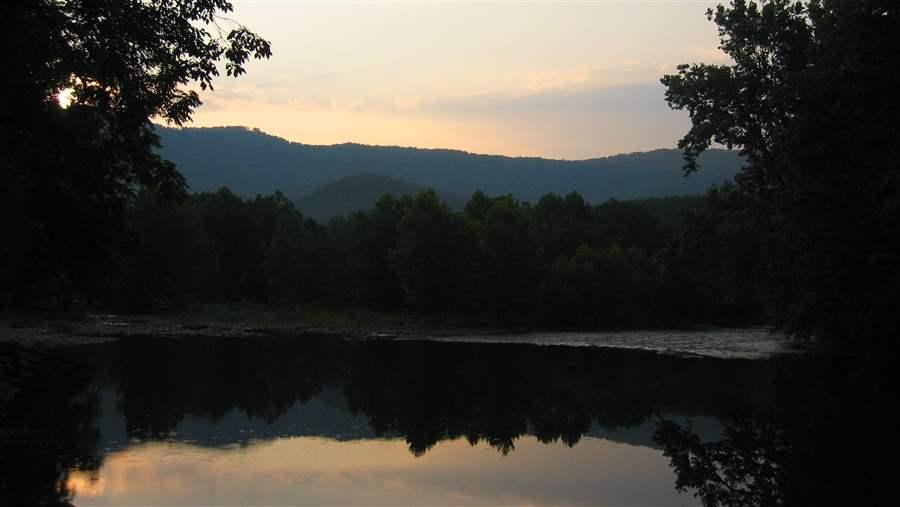 The Cowpasture River, a tributary of the James River, flows just outside Virginia’s Rough Mountain Wilderness. Expanding the area would protect numerous streams that feed into the Cowpasture.

In the senators’ press release announcing the legislation, Mark Miller, executive director of the Virginia Wilderness Committee, said: “The introduction of this bill is the direct result of years of hard work by the George Washington National Forest Stakeholder Collaborative, which includes representatives from diverse interests including the timber industry, wildlife managers, and recreational groups, to work together to meet very different goals.” Miller added that the expansion would “result in ecological, economic, and recreational benefits and is a win-win for all those stakeholders involved.”

The Virginia Wilderness Act would create Virginia’s largest wilderness complex on national forest land, spanning a total of 21,000 acres. The Pew Charitable Trusts commends Sens. Kaine and Warner for working with the local collaborative and taking a big first step toward preserving these special areas for future generations to enjoy.