Oceanic manta rays migrate across the high seas en route to coastal reefs, one of the many links between ocean areas beyond national jurisdiction and nearshore waters.

Many people may be aware of the evidence linking climate change to shrinking glaciers, sea level rise, and erratic weather, but unaware of a growing body of science also tying warming temperatures to dramatic shifts deep in the ocean.

The ocean absorbs vast amounts of greenhouse gases from the atmosphere—the carbon-sink effect that has caused the ocean to become 30 percent more acidic over the past 200 years. Further, more than 90 percent of global warming over the past 50 years has occurred in the ocean, according to the National Oceanic and Atmospheric Administration.

This double punch has caused dead zones, coral bleaching, species migrations, and other events that are disrupting the balance in ocean ecosystems and impacting many marine floras and faunas, especially those already under pressure from overfishing, illegal fishing, pollution, and other factors. Some entire populations are leaving traditional foraging grounds in search of prey while others are migrating to cooler waters, hoping to survive.

It thus comes as good news that numerous governments, under the auspices of the United Nations, are coming together to protect marine biodiversity in areas beyond national jurisdiction, including the high seas, which make up about two-thirds of the world’s ocean. The United Nations is nearing the conclusion of a two-year Preparatory Committee (PrepCom) process to lay the groundwork for a first-of-its kind treaty that would allow for the establishment of marine protected areas, including reserves, in these areas and fill governance gaps in management of human activities on the high seas, including fishing, deep-sea mining, and other extractive industries.

Peer-reviewed studies have shown that well-managed reserves can mitigate the effects of climate change and promote ecosystem resilience to a warming, more acidic ocean, in part by giving plants and animals refuges in which to feed, breed, and adapt without the added stressors of fishing and other human interference. 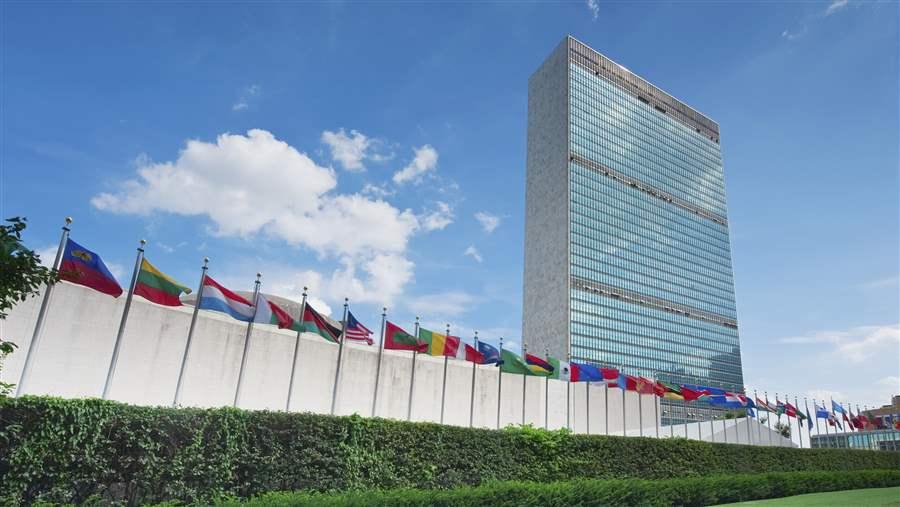 United Nations headquarters in New York, where delegates are preparing for a busy summer of decision-making on the future of the world’s ocean.

The United Nations is further demonstrating its commitment to ocean protection at The Ocean Conference, which runs June 5-9 in New York. This high-level meeting is both a celebration—of ocean biodiversity and the people and places that rely on it—and a key planning opportunity for governments working toward the implementation of Sustainable Development Goal 14.

This goal, which the United Nations adopted by consensus in 2015, focuses on the conservation and sustainable use of “life below water.” In addition to supporting sustainable fisheries and reducing marine pollution, SDG 14 includes a call to conserve at least 10 percent of the world’s coastal and marine areas by 2020. This can be done through marine protected areas and reserves, but further protections in the high seas will be critical toward reaching the 30 percent target that some scientists say is the minimum required to safeguard ocean life and ensure thriving fisheries.

The final PrepCom meeting will be held July 10-21 and is the culmination of more than a decade’s worth of work at the United Nations to protect the high seas. If it fulfils its promise, the result will be a clear recommendation to the United Nations General Assembly to advance a new treaty that would help unite the planet in protecting the ocean from the impacts of climate change, and in providing refuge for the life below the water.

The Road to High Seas Conservation

For more than a decade, the United Nations and its member States have been on a journey to address one of the world&rsquo;s most pressing environmental issues: how to protect marine biodiversity in areas beyond national jurisdiction, including the high seas, the nearly two-thirds of the ocean that falls outside the jurisdiction of any country.

A patchwork of international bodies and treaties manage ocean resources and human activity in areas beyond any state&rsquo;s national jurisdiction. However, these governance bodies vary greatly in terms of their mandate, which determines their geographic scope, their objective, the legally binding nature of decisions they adopt, and whether they regulate one or several activities. The following maps help to illustrate the current governance gaps on the high seas.

Whether they are &nbsp;the tiniest plankton or oceanic giants like blue whales, an abundant array of species live in the two-thirds of the world&rsquo;s ocean that lie beyond any country&rsquo;s borders. These are the high seas, and they are &ldquo;a life support system for the planet,&rdquo; in the words of marine conservation biologist Callum Roberts.