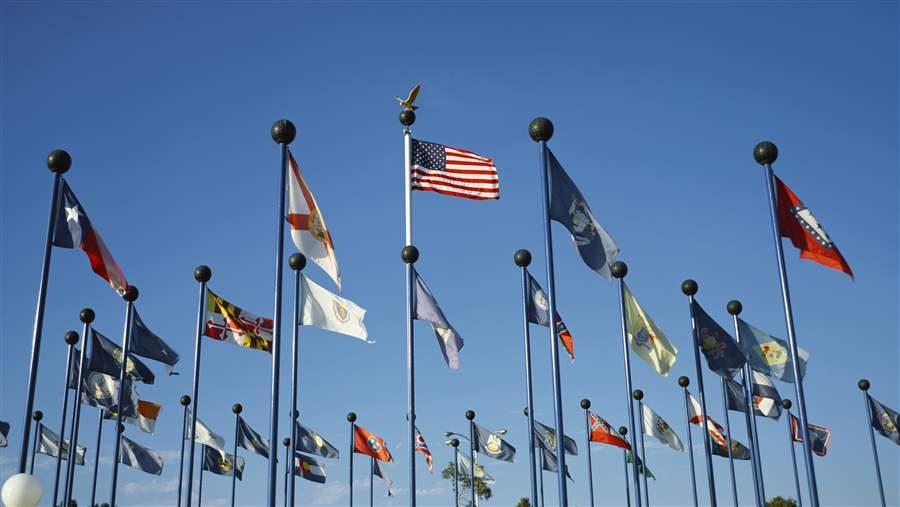 State policymakers increasingly are working to pass legislation that will give more workers access to retirement savings plans.

With too few Americans saving for retirement, and a lack of federal action to reverse this trend, state policymakers increasingly are working to pass legislation that will give more workers access to retirement savings plans.

Since 2012, more than half the states have considered bills to study or implement legislation that would provide retirement accounts to their uncovered workers. Thirteen of those bills have passed, and seven states are now implementing programs or have them in place.

Passing legislation to help more people save for retirement should be a bipartisan effort, Sen. Weiler told the audience at Pew. While some Republican lawmakers are suspicious of what they perceive as government interference in a private market, Sen. Weiler noted that without legislation legions of retiring workers “will look to the government as their safety net,” an idea that is even more anathema to some of his Republican colleagues. “The average American has $5,000 saved for retirement,” he said. “What are they going to do? The state government should be engaged [in crafting the solution]; this transcends partisan boundaries.”

A bill sponsored by Sen. Weiler in 2015 in the Utah Senate was defeated after the financial industry painted it as a government intrusion into the retirement plan market. Reps. Eberhart and Pettersen recounted similar pushback when they proposed new laws to help their private sector workers gain access to a retirement plan. “Fear of government is a huge issue in Indiana,” said Rep. Eberhart, who saw his bill fail in the Indiana House of Representatives earlier this year after the financial industry lobbied against it—leaving more than 1 million Indiana residents without access to an employer-provided savings plan.

Rep. Pettersen, whose bill died in committee in May, said she wants more participation from the financial industry on writing practical legislation. “I got feedback [from industry] that we need to provide financial literacy early in life,” she said. “But where you live, your gender, age, and race”—more than financial education—will determine who has access to savings programs, Rep. Pettersen noted. “We’re here to figure out how we get everyone to the table” to solve this challenge. The low numbers of savers and the paltry amounts many families have saved are among “the biggest issues facing Colorado and the U.S.,” she added.

All three panelists agreed that to win support from small businesses, any legislative proposal must be simple, low cost, and well explained. Most small-business owners, Sen. Weiler noted, “would rather have a root canal than compare [savings] plans” to pick the best option for their employees.

To respond to this concern, Sen. Weiler included in his 2015 bill a $500 tax credit for businesses that signed up in the first year—a proposal he plans to keep when he reworks and reintroduces the legislation. Rep. Eberhart noted that an AARP poll showed that “well over 50 percent” of Indiana businesses would sign up to provide a retirement plan if they had clear information on the costs and benefits of doing so.

Despite the challenges these three politicians encountered, the outlook for state legislation to address the retirement savings crisis is “fantastic,” said Angela Antonelli, executive director of the Center for Retirement Initiatives at the McCourt School of Public Policy at Georgetown University. Antonelli, who moderated the second panel at the Pew event, noted that five states have implemented programs in the past few years and that some cities—including Philadelphia and Seattle—are examining the issue.

Lisa Bleier, managing director for savings and retirement at the Securities Industry and Financial Markets Association (SIFMA), which represents the securities industry, attributed the savings crisis, in part, to the fact that the United States has a “spending culture” far more than a savings one.

SIFMA, she said, does not outright oppose laws to raise workers’ participation in savings plans, but the association wants all state plans to conform to the federal Employee Retirement Income Security Act (ERISA) to ensure a degree of uniformity across the country. “We would be very concerned with every state, city, and jurisdiction coming up with different plans,” Bleier remarked. “That would be fairly complex” for the financial industry and employers operating in multiple jurisdictions.

Madrid-Davis countered that ERISA raises concerns among legislators who fear the complexity and legal liability that come with it. While AARP likes ERISA, she said, the organization is “OK with a little variation” among laws. Ultimately, such disparities could prompt the federal government to pass a comprehensive law to get more workers into plans.

The panelists said that until legislation is passed at the federal level allowing for open MEPs, they expected that states would continue to lead but that progress could come slowly as stakeholders settle a host of painstaking details. These include which plans to offer employers and whether business owners should be required to enroll their employees.

“We have to focus on what we’re trying to execute and make it happen,” Madrid-Davis said. “No challenges are insurmountable. People build plans every day. The bigger problem is, when you build it will they come? We need to make clear what people are getting.”

American families face substantial and growing challenges in trying to build retirement savings. Private sector workers today typically accumulate the bulk of their retirement funds in employer-sponsored plans, but only 58 percent of workers have access to a plan and 49 percent participate.

Families in the United States are facing substantial and growing challenges in trying to build their retirement savings.